I have reported on my five visits of Esfahan in Central Iran many times. The city is famous for being one of the most beautiful in the world. Its final grandeur arose in the early 17th century when the Safavid Shahs’ architecture culminated in magnificence which has not been seen before.

It is not so well-known that Esfahan was colonized already during the Achaemenid reign by Jews. When Cyrus the Great freed them from Babylonian captivity in 539 BCE, some of the exiled went to the Northeast until they settled at the Zayandeh-Rud, where they founded Yahudiyah, now Jubareh, the Jewish Quarter. I have posted previously some astonishing discoveries I had made when strolling along the tree-lined alley in the old city of Esfahan last November. The more than 2000 years old Jewish cemetery in Pir Bakran and its still active synagogue are other amazing examples of the important contribution Jews played in Iranian history.

After the fall of the Achaemenian Empire upon Alexander’s conquest, the Iranian power soon recovered. The Hellenistic successor state of the Seleucids was followed by the Parthians (238 BCE - 226 CE) who, at the height of their power, covered all of Iran and much of the Middle East and even Central Asia. They moved their capital from Hecatompylos (Šahr-e Qumis) in Khorasan to Ecbatana, i.e. Hamadan, in 139 BCE. Zoroastrianism became the official religion again, but especially Jews were living in the Parthian Empire in peace. The Arsacid’s religious tolerance was legendary. A special appearance of Persian (Parthian) dignitaries in Jerusalem is documented in the Gospel of Matthew (Mt 2). Magi, a priest caste since the time of the Medes, asked Herod for the new king of the Jews. It is said that they arrived from the Central Iranian oasis Kashan. They were later warned in their dreams (interpretation of dreams was an outspoken talent of all Magi) that Herod had deadly intentions with regard to a possible competitor of his reign. Thus, after they had found the baby Jesus in Bethlehem, they returned to Persia without informing Herod what they had found.

As an interesting footnote one should mention that Daniel at Nebuchadnezzar’s court in Babylon was considered a Magi as well (Dan 4:9 , 5:11).

During all these centuries Judea was a Roman province. During the First Jewish-Roman War (66-73), Jerusalem was besieged and the second Temple destroyed by Titus in 70. Hundreds of thousands of Jews were either killed or enslaved. The final destruction of Judea took place after the revolt of Simon Bar Khoba (132-135) whom the Jews considered a Messiah. There were mass civilian casualties (maybe millions). The Roman Emperor Hadrian tried to root out Judaism. Since then the land has been called Palestine. The Jewish population was killed, enslaved, or forced to flee. Jews were scattered into another Diaspora for almost two millennia. Considerable exodus took place to the East, to Persia. Since the Parthian Empire was continuously struggling with the Romans, Jews had every reason to side with their protectors.
The Arsacid dynasty of the Parthians was followed in 226 CE by the Sassanids. Zoroastrianism was re-enforced and became state religion. Only in the early years of the Sassanid rule, Judaism (as well as Christianity and Buddhism) was persecuted. Later, religious tolerance prevailed again.

Zoroastrianism, founded by Zoroaster most probably in the 6th century BCE, maybe considered the oldest ‘monotheistic’ religion with the one universal and transcendental God Ahura Mazda. Zoroastrian fire temples from the Sassanid era can be found all over Iran and especially in Esfahan and Yazd. When I visited Esfahan last November, I went with my friends to Atashgah, a 210 meters high hill about 8 km west of the city center with a stunning view of the oasis of Esfahan and its surrounding mountains. 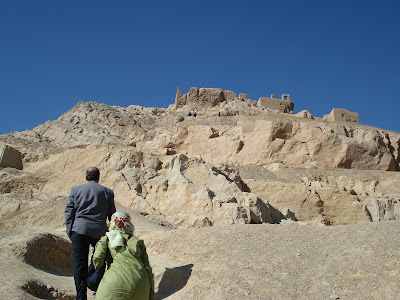 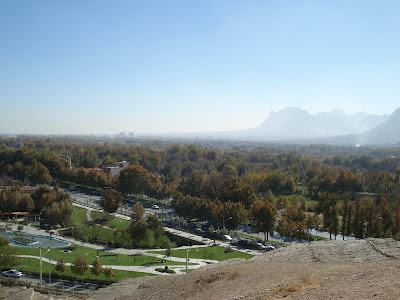 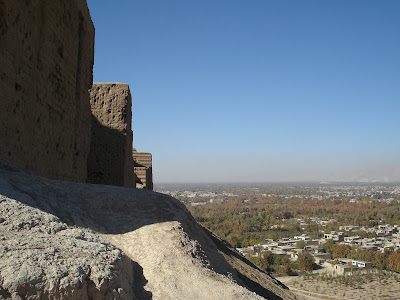 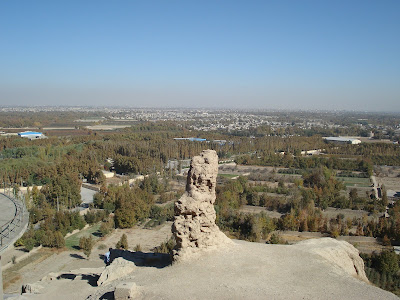 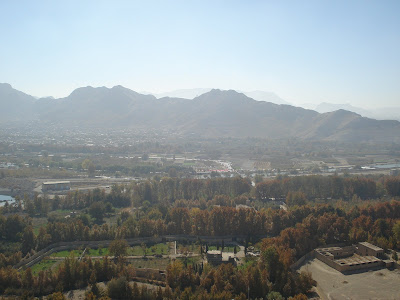 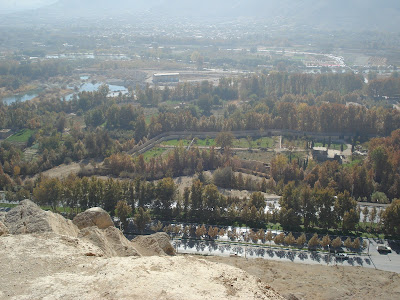 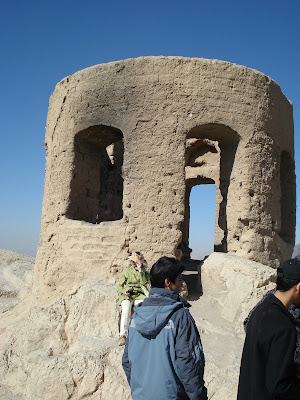 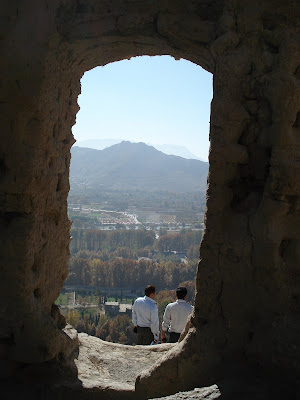 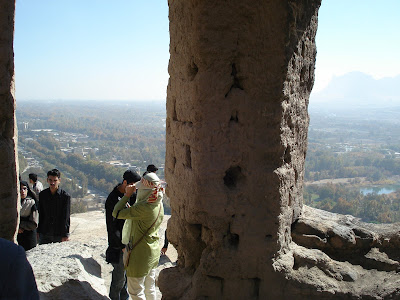 Traditional (ancient) Zoroastrian death rituals include leaving the corpses on day four after death (when the soul has left the body) atop so-called Towers of Silence (Dokhmas), where vultures are allowed to deflesh the bodies. The bones are then placed into ossuaries at the center of the Tower. Fire and earth were considered too sacred to be contaminated by the dead bodies. These practices are no longer continued in Iran since the beginning of the 20th century. I found in 2004 particularly impressive examples of Dokhmas in Yazd. I will report on this trip to the fringes of Dasht-e Lut soon. 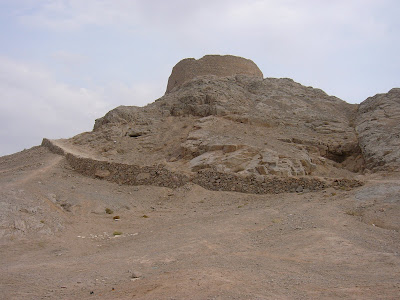 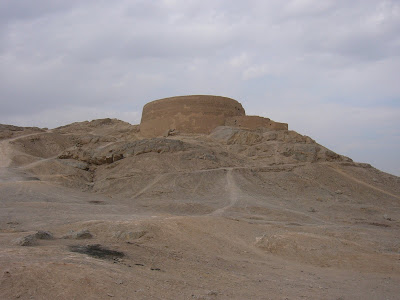 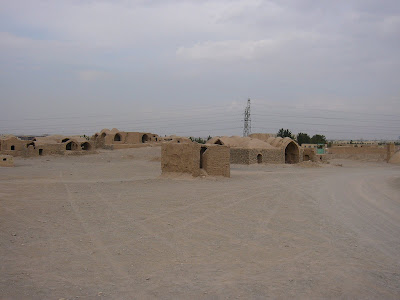 On the way to Esfahan’s Atashgah we passed the famous ‘Shaking minarets’ at a small Safavid mosque (Monar-e Jonban) with a tomb of a 14th century dervish. 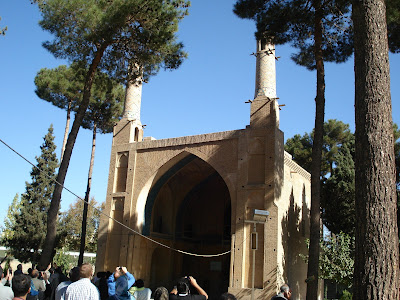 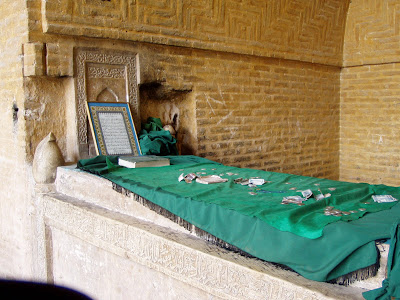 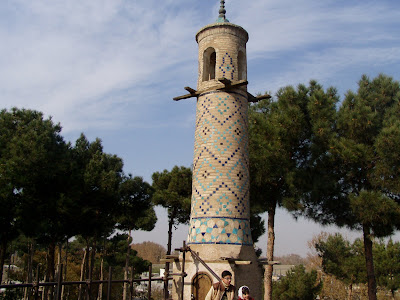 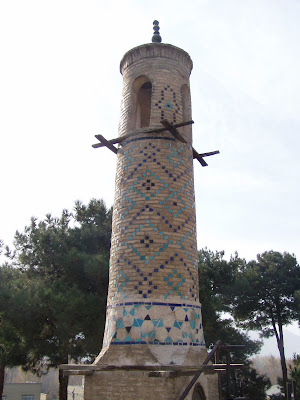 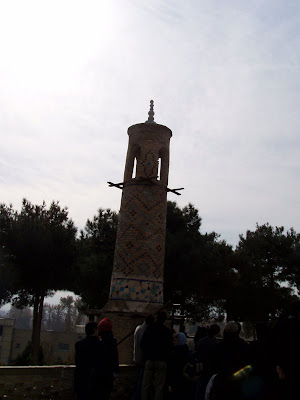