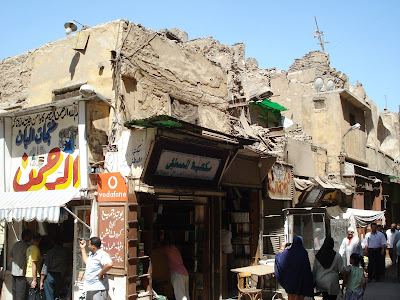 I have left Cairo two weeks ago with plenty of new impressions. The city with its 20 millions or so, the incredible traffic with its, for Arab countries so typical, exactly two rules (rule number one: don’t let anybody in; rule number two: there are no other rules). Crowds in the streets rather reminding of mass demonstrations. The noise. The mixture of good and bad smells. And friendly people everywhere, deeply rooted in faith and trust in God despite touchable despair. I loved the heat and the rubble in the street. The enormous souqs. Very oriental, actually decaying, quarters amidst urban areas. Fancy park-like residential quarters, and incredible new ones with very-low quality buildings for the poor. 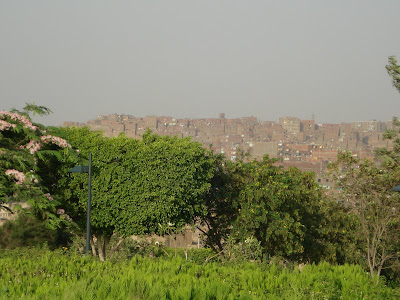 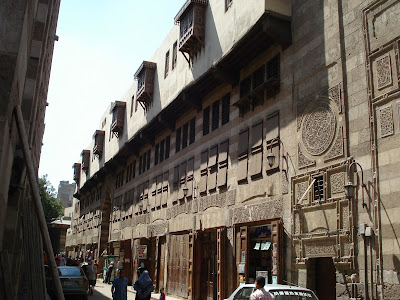 I’ve noticed that the common tourist usually leaves the city after having seen Cairo’s main souq (or bazaar) Khan al-Khalili and the Egyptian museum only, to head for Luxor and Aswan. This is actually a pity. It took me about ten days to explore the city and visit only a small number of interesting sites of its 1300 years’ history under Islamic rule. Very few tourists were seen in the spiritual center of Sunni Islam, the Azhad Mosque and University, and even fewer in the holy places with the shrines of Husayn ibn Ali and Zaynab bint Ali, grandchildren of the Prophet Muhammad. I have seen Lady Zaynab’s shrine in the vicinity of Damascus four years ago and was wondering whether she was buried there or here in Cairo (or actually in Madinah, where she had been sent by Yazid, the Umayyad Caliph in Damascus responsible for the terrible martyrdom of her brother at Karbala). Having visited so many holy sites in Iran, the few people worshipping at the shrines here in Cairo differed tremendously. 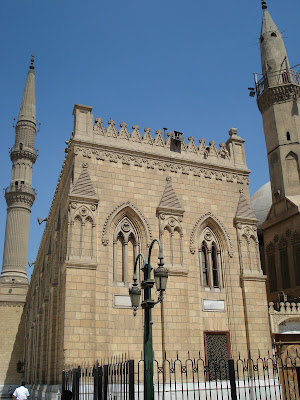 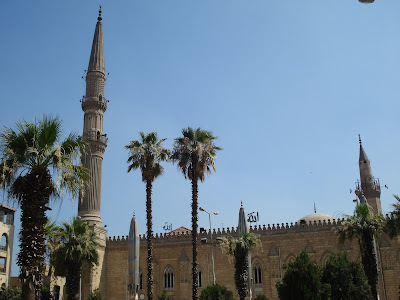 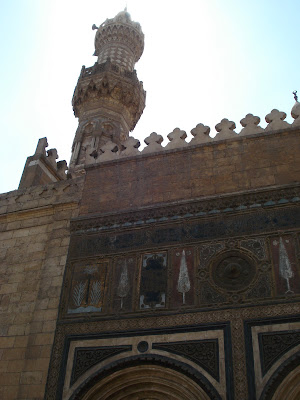 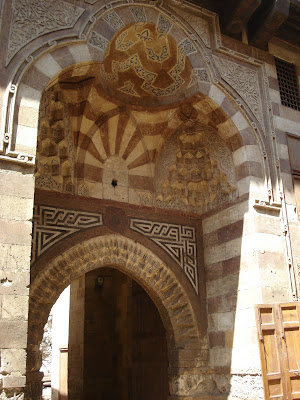 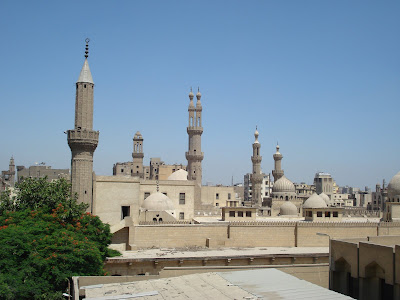 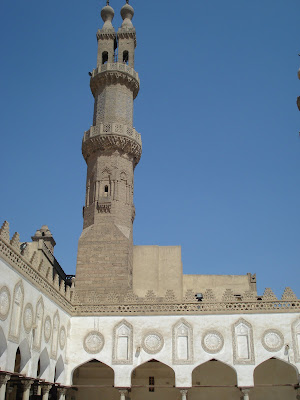 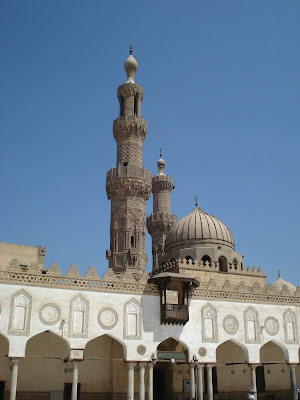 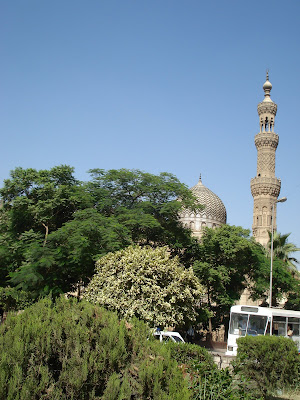 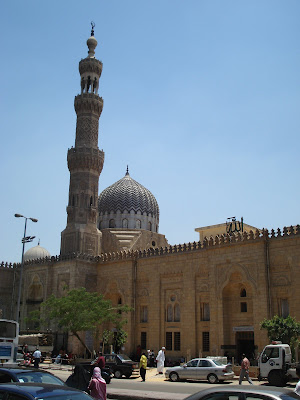 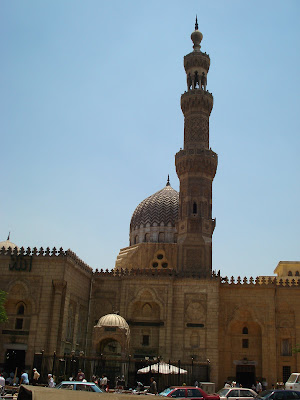 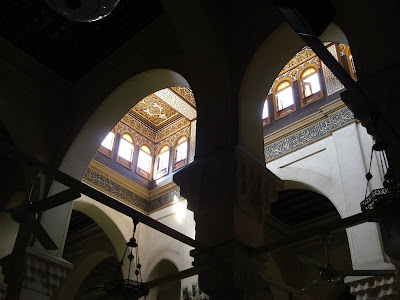 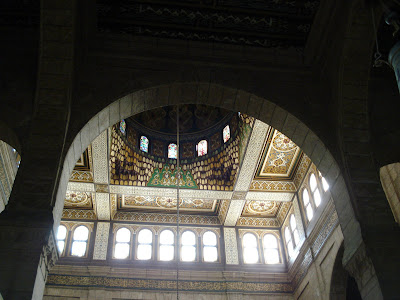 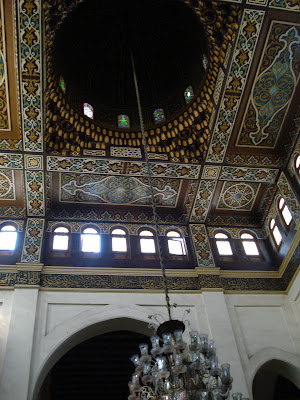 Islamic Cairo was mainly built during Fatimid rule (909-1171 CE), a strange 3rd Caliphate when, in the East, the Abbasids in Baghdad had become more ore less powerless under Seljuk’s rule, and the Umayyads who had moved to the West, to Al-Andalus in Spain. The Fatimids belonged to the Ismailiyya, a distinct Shi’a sect of those who follow only seven Imams. One of the most bizarre rulers was Al-Hakim (886-1021 CE) who had once been considered (or considered himself) the Mahdi. He disappeared and the Druze (another sect) are still waiting for his re-appearance. The minaret of his mosque seems to be Cairo’s oldest. 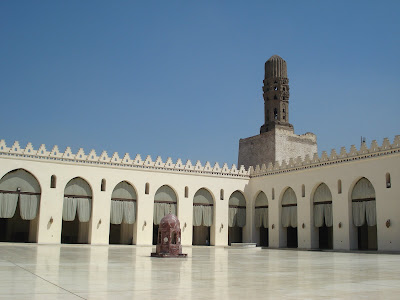 When living in Kuwait I had many Egyptian friends who always invited me for visiting their beautiful country. So, this and the previous postings are dedicated to them, i.e., in no particular order:

Mr. Adel Othman, our store keeper and multipurpose employee.
Mr. Mohammed Magdi, our mandoub.
Fatima, and most handsome Mustafa, secretaries and translators.
Our guards Ahmed and Tareq, who were willing volunteers in some of my research projects.
Our most talented and diligent students Mohammed and Nermeen.
My coworker Dr. Refat Afsah who helped developing an animal teaching model.
My short-term colleague Professor Talaat Attia.

I hope seeing them soon when visiting Kuwait maybe next year, insha'allah. 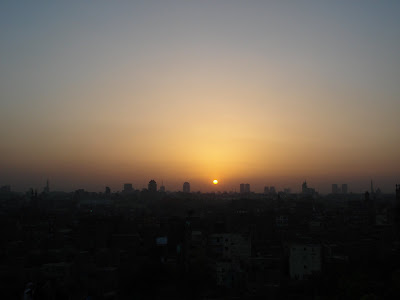 which was ur absolutely fav. site?

Well, I suppose I was missing everything there.