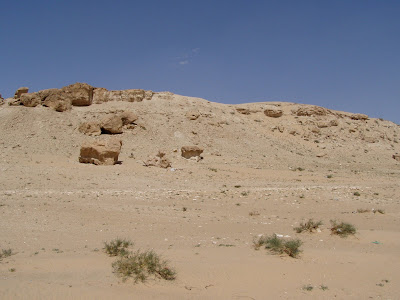 As in every year, temperatures reach 50 degrees Celsius (122 Fahrenheit) during the last week of July. The heat is then unbearable. This year, it happened Saturday and Sunday when Kuwait Airport recorded 50 degrees. There are no meteorological stations out in the desert which could indicate even higher temperatures. Those in the farm areas in Abdaly in the far north and Wafra in the far south sometimes record 51 or even 52 degrees. 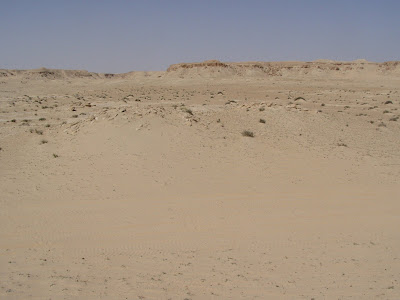 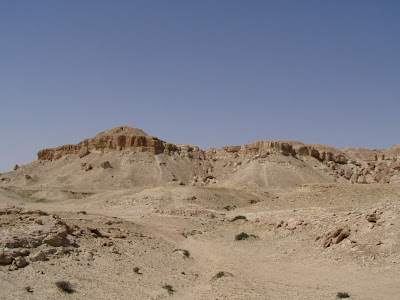 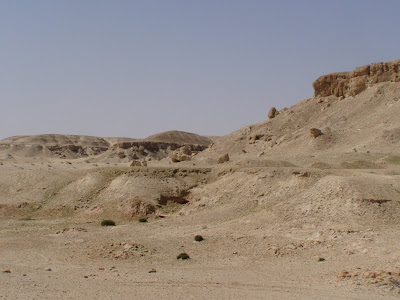 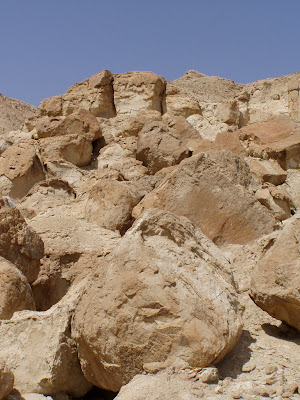 One of my favorite places, on top of Jal Azzor, can only be visited later in the year (or in springtime). The peaceful watching of the setting sun while listening to the low sounds of the wind has always been a great pleasure. Contemplation and meditation in an otherwise extreme and most hostile environment may reduce one’s, at a time exaggerated, ego in a very healthy way. Maybe some people may even understand why the great monotheistic religions have their origins here, in the vast lonesomeness of the Middle Eastern deserts. 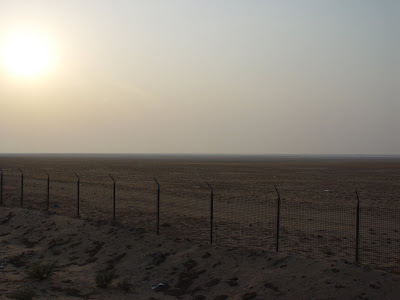 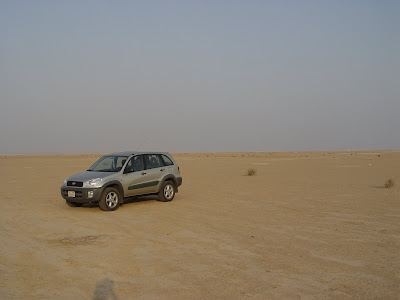 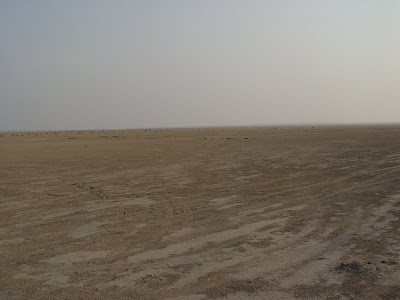 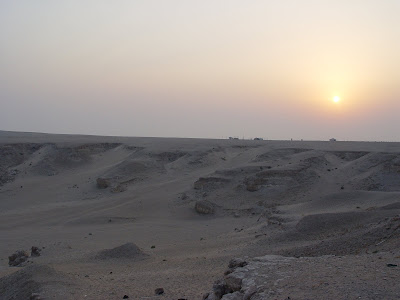 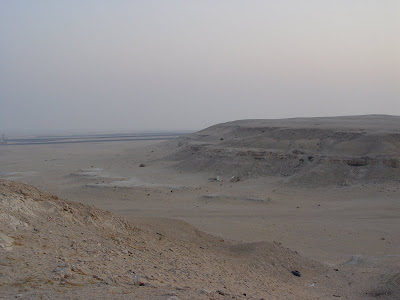 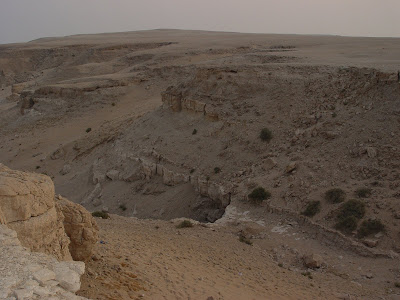 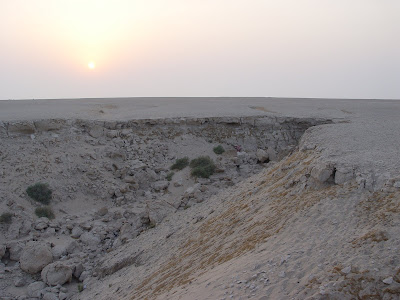 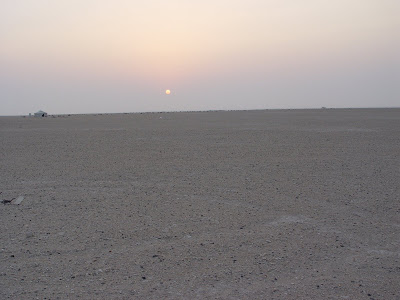 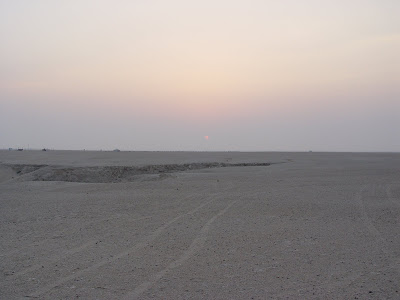 About 60 kilometers long Jal Azzor may be only as high as 70 meters or so, but since Kuwait is so remarkably flat, these cliffs north to Kuwait Bay and the huge plain extending further north up to the Iraqi border are quite impressive. In these days, end of July, this place must be a real oven. In addition to the heat, the northwestern scorching wind, the Shamal, is causing dramatic sandstorms which make any life virtually impossible. Because of little rainfall last winter little vegetation was seen in spring which usually keeps the sand and soil down. As a consequence, many sandstorms have plagued the tiny country this year.
Posted by Muller at 08:18