Both were introduced to me by a colleague from Sweden who regularly visited them with his wife on the Friday market in Kuwait. When I met them in late 2001, shortly after the bombarding of Tora Bora had begun, they sold plenty of similarly looking Baluchi prayer rugs and, more interesting, so-called Afghan war rugs, with maps of the devastated country and made during the war against the Soviet Union. At that time Mujahiddin were praised as freedom fighters by former U.S. President Ronald Reagan and were heavily supported by CIA. These war rugs were very emotional and I bought several of them for my friends and relatives. Unfortunately, I have not retained a single piece for myself. (If anyone wants to offer me a nice Afghan war rug, please contact me!) 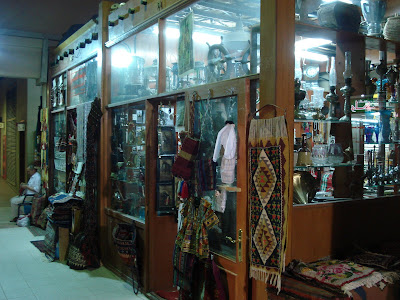 Mirwuis and Seyed had also a little shop in Souq Mubarakia, downtown in Kuwait City. I got a special attention there and lots of discount since I dragged my friends and guests always to these rather shy and friendly two men. We had many carpet shows there and in the nearby shop of Hussein and Ali. Particularly Hussein was considered ingenious. He gave ‘lectures’ on Afghan carpets to us and mainly American customers in Kuwait and it was almost impossible to resist his vivid fairy tales about the hard life of the young girls weaving the carpets for their future weddings. Why the girls then sold them to Hussein and Ahmed was not so clear. But anyway, we listened spellbound. I still have a sort of business card from them, a picture of the two ‘bosses’, Hussein and Ali, smiling into the camera while their little employee, a girl not older than 7 years I suppose, makes a face, apparently not really happy. Their cousin was Firous, an Afghan refugee living every now and then in Mashhad in Iran. His collection was more interesting to me since he also had, for special customers, some very old pieces of Iranian Baluchis.

One day, Mirwuis and Seyed’s shop was empty. The neighboring carpet dealer, who was from Iran, told me that they had decided to leave Kuwait for good and gone back to Afghanistan. 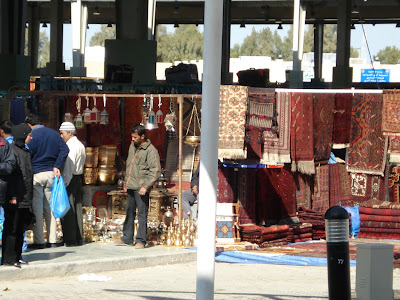 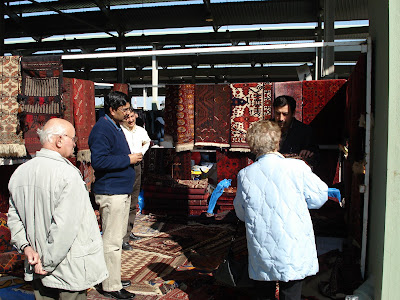 When I visited Mubarakia Souq a couple of years later on a Friday morning, the same Iranian told me that “my friends” had returned to Kuwait. I would find them again on the Friday market. Souq Juma’a had changed a lot since the government had decided to build large constructions in the area in Rai to protect the dealers and customers from the scorching sun in summer. I hadn’t visited the market recently. While the very interesting small animal market with hundreds of birds, dogs, cats, rabbits, reptiles, and fish was still there, the vast open area with the air of a flea market had a bit lost its rather oriental charm with the huge shade constructions. Anyway, I found Mirwuis and Seyed immediately. They were as delighted to see me as I was. We had some nice talk about the business and I told them that I will leave Kuwait soon. I had just received the job offer of my new University and was a bit in a farewell mood already. Mirwuis and Seyed were sad when hearing the news. Of course, I wanted to buy a nice carpet. I asked for the price of a very fine Turkoman piece. One-fifty, Mirwuis told me. Too much, I responded. “By the way, I don’t have any money with me.” Oh, he said, that is not a problem. “We are here until 4 o’clock. So, please go home, have your lunch, return with the money and take this very nice piece.” So went I. I expected I would get a big discount.

On my way back to Salmiya I decided to show them a carpet which they had sold to me long time a go and which had obviously got a problem. It contained carpet moths. It was a wonderful Afghan Baluchi prayer rug, a very fine and humble piece but now with certain damages of the worms. I had already tried a sort of ‘treatment’. Among other things I had put the carpet on my balcony during the hottest hours. I had hoped that the 70 degrees or so would have killed all eggs. But still I had found every now and then a moth on the walls of my flat. Mirwuis and Seyed looked concerned. Seyed asked me whether I wanted them to repair the damages. Oh no, I replied. But how to stop the decay? They didn’t perceive a bigger problem. They praised my attempt to kill the moth eggs. Don’t worry, they told me.

“So, what’s the last price for the Turkoman?” I asked. At least I had expected some 15 or 20% discount. One-twenty would have been okay. Oh no, Mirwuis told me. This 150 is a special price only for me; because I am a good customer always introducing new friends to them. The real price for other customers was, of course, 200 Dinars! I found that great! Immediately I got the feeling that I had reached now the highest level of a good customer. The first price was already the last! I understood, these were good carpet dealers! I loved them for that. Of course I paid without any further protest. 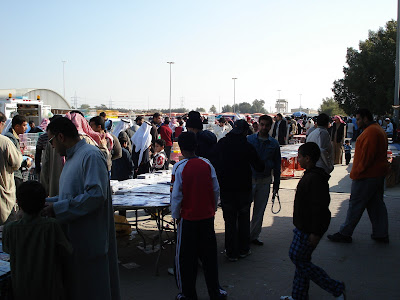 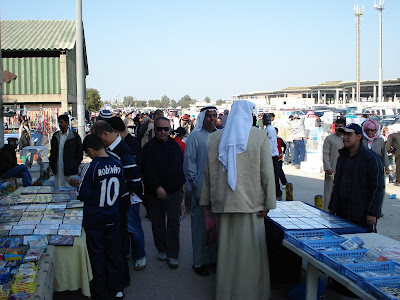 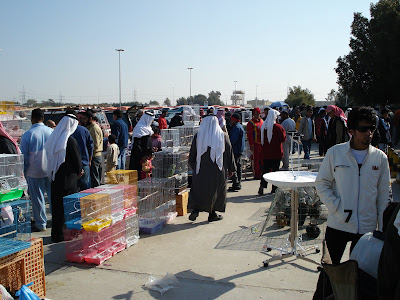 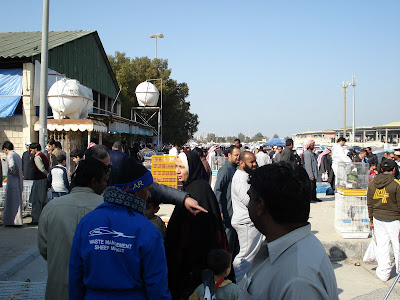 Knowing that I will leave Kuwait for good very soon, I became a bit mad that season with buying carpets. I visited my friends on the Friday market many times again and brought new customers as usual. Many nice and special pieces went to my home and were later shipped to Norway. I am curious whether these two Afghans will still be there when I’ll be able to visit Kuwait again. 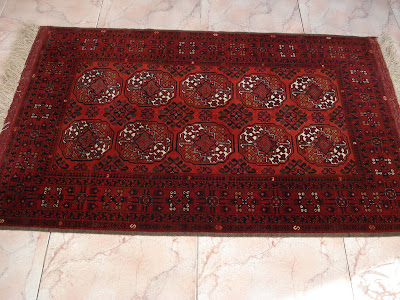 It must be your influence - Hussein and Ali recently had a couple Afghan war carpets. I have one from fifteen years ago - my husband bought it for about $30 -in Peshawer. It is finer than anything I have seen recently, kalashnikovs, tanks, all kinds of amazing things on it.

It's too hot for me at the Friday market, but . . .winter is coming! I will have to give it a try.

Hi! Thanks for your nice comments! If you see Ali and Hussein, or Mirwuis and Seyed, just tell them warmest greetings from Dr. Muller!