I have already reported on the beautifully restored John Gayer-Anderson house in the vicinity of the ibn Tulun mosque in Cairo. It was merged with another mansion from the 16th century, the House of the Cretan, by the British army doctor, who decorated both with furniture and collectables from all over the Middle East. So, it might not be original (although the harīm, pictured in the posting on the ibn Tulun mosque, looks pretty original) but rather represents the more or less colonial attitude of a member of the occupying force. No wonder, the house was even featured in a James Bond movie, The Spy Who Loved Me (1977). 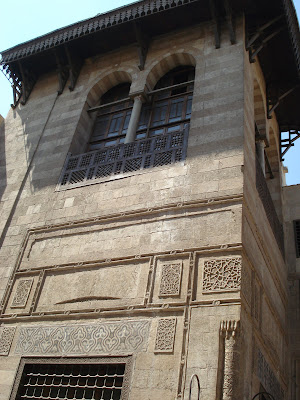 Other great mansions I visited in Islamic Cairo include Beit Zainab al Khatoun close to the Azhad mosque and the wonderful Beit al Suhani from Ottoman and Mamluk periods, respectively. A remarkably self-confident female student of Antiquities took me around and explained to me the different rooms, their functions in hot summer and cold winter and beautiful decorations, and, in particular, the secret life of the owner's womenfolk and their hidden participation in social gatherings (screened from view by wooden blinds). Amazing. 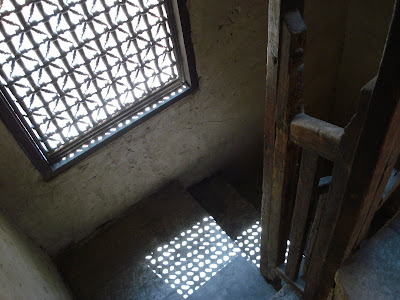 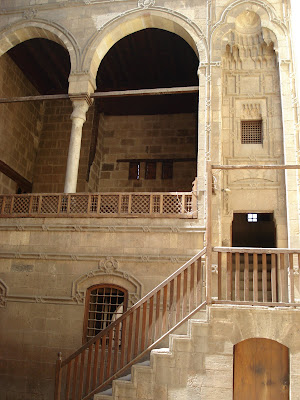 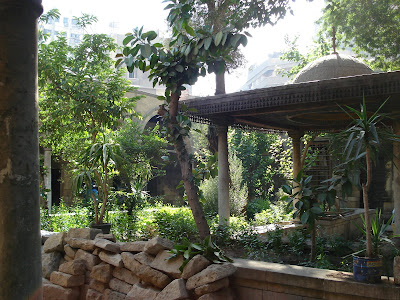 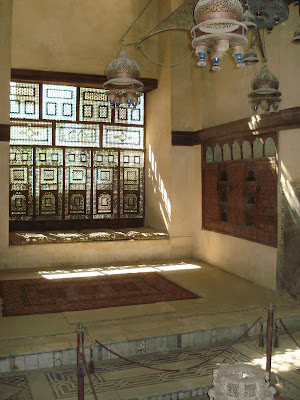 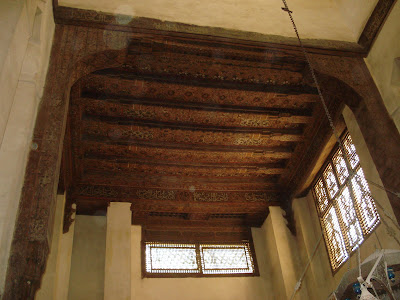 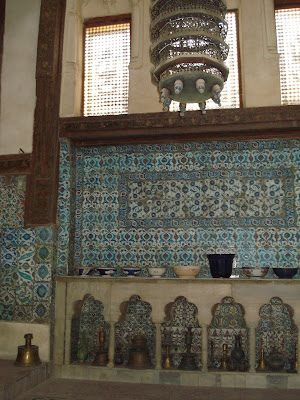 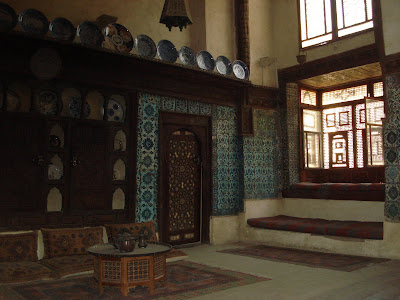 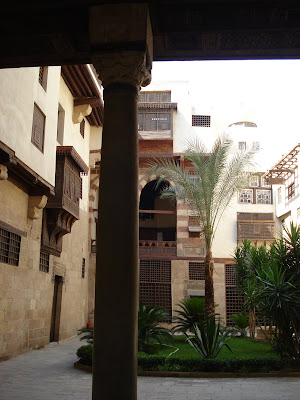 Stunning.
Thanks for sharing your pictures of beautiful Cairo with us.

Amazing !
I wish to be there !