Before I moved to Kuwait 7 years ago, I was told that it is the hottest place in the world. It turned out, it isn’t. Anyway, it might indeed be the hottest place where 2.5 million people live in air-conditioned environments! During the 6 years temperatures never soared beyond 50 degrees Celsius. In fact, in several years they not even reached that magic figure. I was constantly told by expats that officials manipulated the temperatures since, by Kuwaiti law, workers were not supposed to work outside if 50 degrees had been reached. As if it would make a difference if it was 45 or 50! I never believed that. Metereologists are honest, everywhere. The highest (unofficial) temperature ever measured in Kuwait was 51.9 °C, on the 27th of July 2007, when I just had left ! 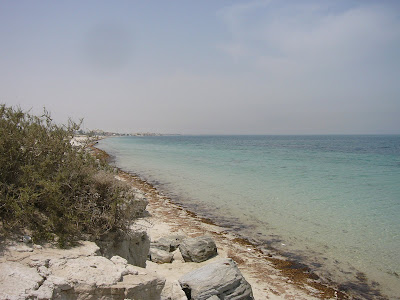 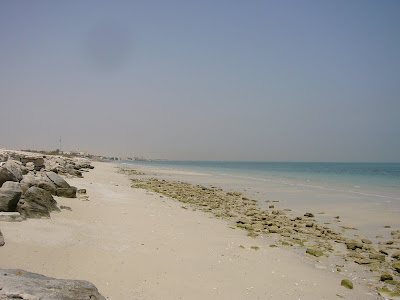 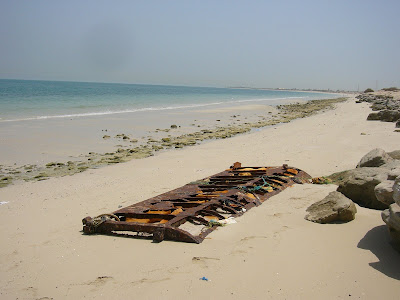 Most Kuwaitis and of course all the Westerners flee the heat already in early June. They won’t return before September. I loved the heat (provided AC was working). During several summers I spent my holidays in Kuwait, relaxed in the early mornings and late evenings on my balcony, drove to the rare public beaches south of the main cities, for example in Khiran and Azzor (I suppose these villages with its charming chalets have disappeared in the meantime because of major new projects as the Lagoon City), swam in the 38 degrees warm waters of the Gulf in the shade of a power station. Drove back for some shopping, had a lunch, a nap, worked a bit on an article, and went then out to a nice restaurant in Salmiya or to one of the charming cafeterias at Souq Mubarakia where water pipes above provide cooling water sprays, right sufficient for enjoying hot summer evenings when temperatures are above 40 degrees until midnight. 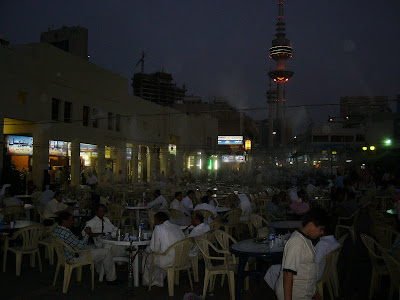 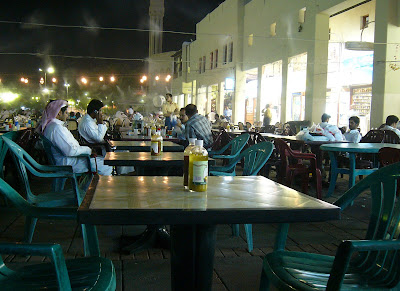 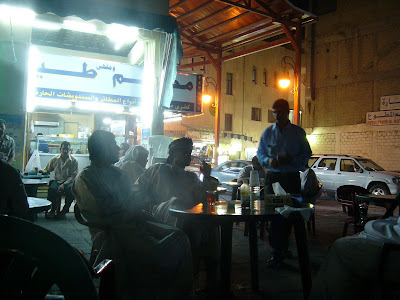 But where is the hottest place on Earth? It might be hotter in Dubai, at least when considering the felt heat. Humidity may be unbearable. I remember a stopover in Dubai from Kenia when it was foggy outside and 40 degrees hot. Southern parts of Iran are even worse. Bushehr has a very bad reputation as one of the most uncomfortable places on earth, at least between May and October. According to books of records, it was on the 13th of September in 1922, when the highest air temperature ever was recorded in Al-Aziziya in Libya, 57.6 degrees Celsius (136 °F).

Despite global warming that temperature was never topped by official readings. However, weather stations are only sparsely scattered around the earth. There are places where humans won’t go in the summer. In 2006, NASA published images taken by the Aqua satellite.

Moderate Resolution Imaging Spectroradiometry revealed that the Dasht-e Lut in south-eastern Iran is the hottest place on Earth in the years 2004 and 2005. Hell on Earth, so to speak! The images translate into 70.7 °C (157 °Fahrenheit). Iranians know (they learn it at school) that this part of the world is abiotic. Not even bacteria would survive. Where is it? Have a look at the picture below and identify Iran just east to the Arabian peninsula. The brigthest (pink) lengthy spot, that is Dasht-e Lut! 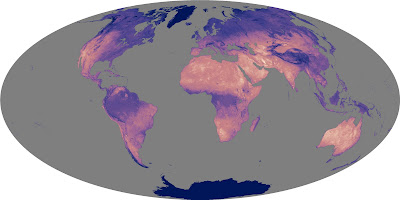 The surface is very dark volcanic lava absorbing a lot of sunshine. The rising air in the heat of the day causes strong and scorching winds from the neighboring elevations. This is an equivalent to California/Nevada’s Death Valley, but much larger and more frightening! More to the southeast, Dashte-Lut contains dry salt lakes, sand seas, and probably the largest sand dunes of the world, up to 300 meters high. 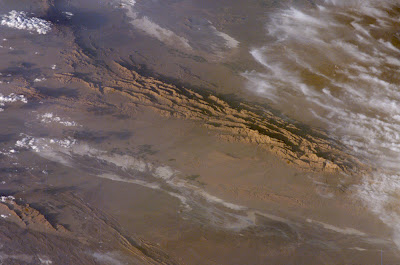 A 250-meter-resolution KMZ file of the hottest global land surface temperature recorded between 2003 and 2005 is available for use with Google Earth.
More interesting pictures of Dasht-e Lut can be found here.
Posted by Muller at 16:51