Before I traveled to Abyaneh and Natanz, and then further to Esfahan, I visited, for a couple of days, Kashan, another 100 kilometers south of Qom. It is the first oasis along the old Qom-Kerman road, a small desert city at the border to the Great Desert. It has been home of ancient settlements since at least the 5th Millennium BC. Legend has it that the Three Wise Men, who were in fact Zoroastrian Magis, set out from here to follow a star announcing the birth of the New King of the Jews, the baby Jesus in Bethlehem. (But how did the bones arrive in Cologne’s Dome then?) Kashan is very famous for rose water which is made here from the beautiful flowers blooming at the fringes of Dasht-e Kavir. 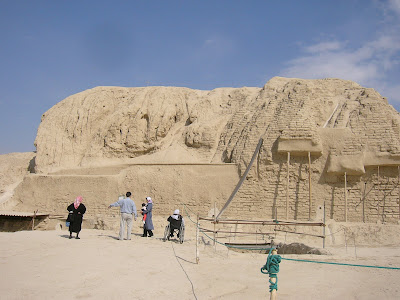 On the southern outskirts of the city an amazing ziggurat is located which might be older than those in Mesopotamia. It is what is now called Tappeh-ye Seyalk, a famous destination for archaeologists, and tourists, as well. It might well have been the starting point of any Persian civilization, and even religion at large. 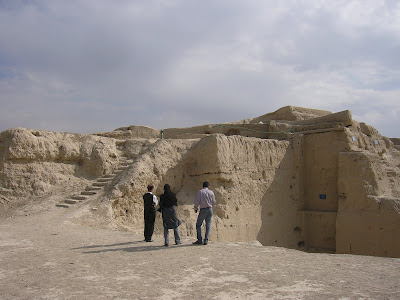 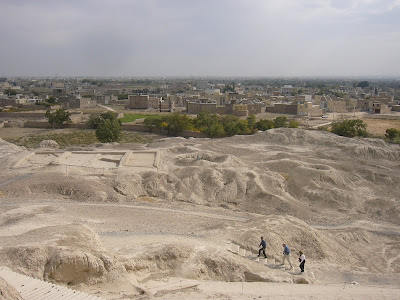 The Tappeh-ye Seyalk ziggurat, built in 2900 BC, is one of four Elamite religious structures located in what is now modern Iran. The other three are the Susa zigurrat, about 4000 years old, the Haft Tappeh and the enormous Choqa Zanbil, both from the 13th and 14th Century BC. Those are located in the Khuzestan province at the western border. Another important ziggurat is, of course, that one in Babylon, the famous Tower of Babel in the Holy Bible.

The word Paradise has its origin in Farsi, and Fin Garden, not far away from Tappeh-ye Seyalk, is a wonderful example for the idea of a Persian garden resembling paradise. Close by is the Shahzadeh-ye Ibrahim shrine with its conical, tilted roof, which is so typical for this part of the country, its two colorful minarets and a quiet courtyard. 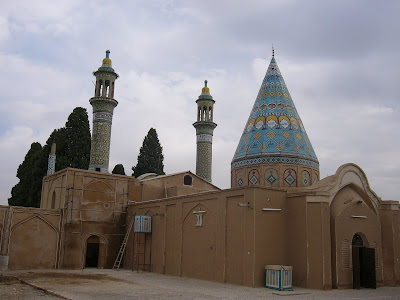 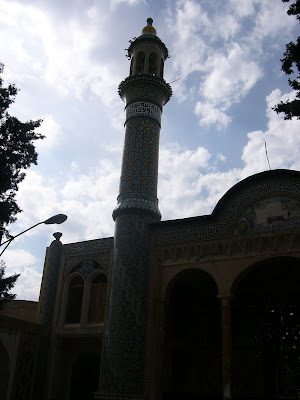 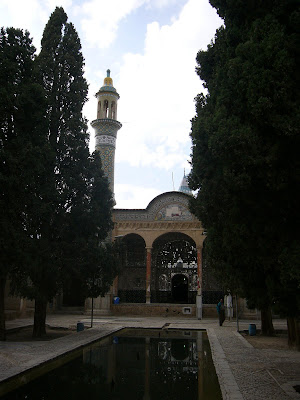 Not far from the city center, Kashan’s finest Islamic complex and its largest mosque and madraseh, Masjed-e Agha Bozorg, is a pretty humble building with a simple dome and marvelous minarets. When entering the beautiful portal, the sunken courtyard is noticed. 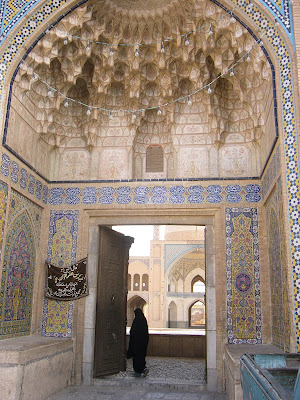 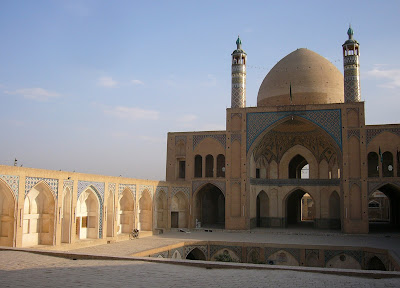 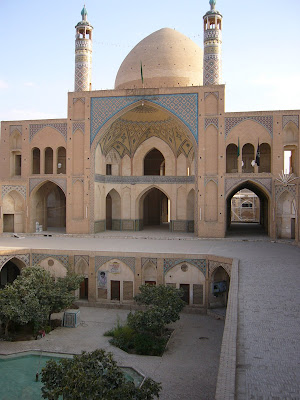