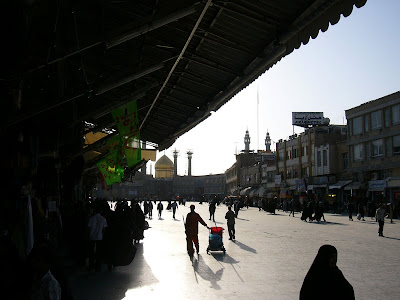 I had some eight hours left for my domestic flight, from Mehrabad, scheduled to Shiraz, where the conference was about to take place. I made a quick decision. A friendly taxi driver would rather take me to the Holy City of Qom, about 100 kilometers southwest of Tehran. Qom is the home of the Holy Shrine of Fatema Masumeh, a sister of Imam Reza, who died on her journey for visiting her brother and was buried here. From here the decline of Persia’s Shahs began. Legend has it that one day in 1928, Reza Shah’s wife visited the Shrine of the Innocent and when showing her face was dispraised by an ayatollah there. Next day, Reza entered the Shrine showing his anger and contempt and did not remove his boots. He even maltreated the mullah whom he had identified. They never forgot. Later Qom became the residence of Ayatollah Ruhollah Khomeini, the father of the Islamic Revolution.

The center of the city is the marvelous Meydan-e Astan, from where the golden dome of the Holy Shrine can be seen very well. I had stayed overnight here a year or so ago in the Aria Hotel, a place under heavy renovation, as I noticed. Pilgrims inhabit the city all around the year. Qom is a main religious center with plenty of theological seminaries. The output of new mullahs is high; they are visible all over the place.

Reza, the friendly taxi driver, and I searched some time for a small restaurant which was still open. It was 3 o’clock in the afternoon, not really lunchtime. Iranians are fond of eating kebab. Reza was in a very good mood. The trip gave him the opportunity of praying at two of the holiest sites in Iran on the same day, Jamkaran and Hazrat-e Masumeh. When I paid for the meal, Reza’s mild protest was of course taroof. Taroof, that is not so seriously meant invitations, may be a dangerous field full of land mines as long as you don’t know. But don’t even think about traveling in the Middle East with not having at least some sort of intercultural competence!

Three little boys asked me if I could take a picture. Very self-confident, at least two of them.
After lunch, Reza 'adopted' me without further ado and guided me to the men’s entrance of the Haram. I guess Hazrat-e Masumeh is open for the pilgrims 24 hours a day for 365 days a year. In large waves one climax of mourning after the other is reached, while people push themselves to the golden, grated shrine, which they touch and kiss. Ten minutes, at most, the non-Muslim can stand this picture without feeling too uncomfortable in the environment. But the faithful are occupied, of course, with other sorrows than watching the foreigner and outsider.

On the way back to Tehran, we passed Qom’s salt lake in the near-by Dasht-e Kavir and had a short excursion to the mausoleum of Imam Khomenei with its 91 m high minarets. Reza admitted that he didn’t like the Ayatollah. Nevertheless, he wanted to pray there again. A complex as impressive as a hangar.

It was the next day, when Iran tested the new Shahab-3, a medium-range ballistic missile in the desert next to Qom. I read about the exercise only when I had returned to Kuwait after the conference in Shiraz. That might have been the reason why it was so difficult to get the visa. 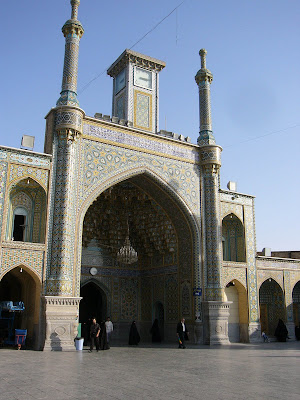 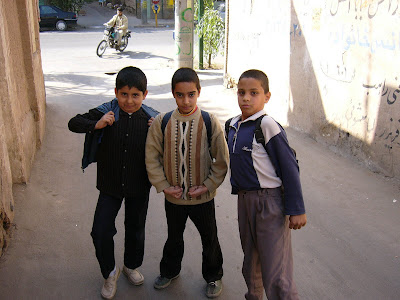 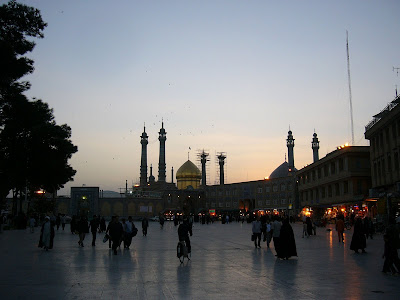 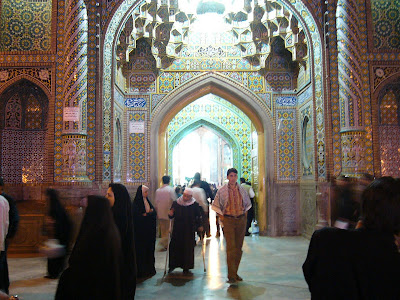