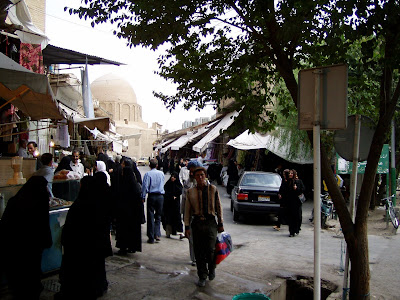 Not East and not West. That is and always has been Iran. Since ancient days Persia not Turkey, which truly belonged for so many centuries to the former, was the real bridge between Europe and Asia. Persians tried to conquer the classic old world, of course, and only the incomparable Alexander could stop them, at least for some time.
The influence on European civilization has always been tremendous. Persian poets are not only highly revered by their own kinsmen. Goethe was inspired by Hafiz and Attar for writing his Westöstlicher Diwan. The amazing astronomer and mathematician Omar Khayyam became incredibly famous in 19th century’s America after Edward Fitzgerald’s evocative translation of his Rubaiyat.
The Achaemenids, the Sasanids, Safavids, Qajars, all of them left behind mind-blowing monuments and architectural pieces of pure beauty. Seeing this would change anybody’s thinking about history, the coming and going of Empires, the origin of monotheism and its influence on Jews in the Diaspora. Then, values and virtues of Islam, Shi’ism, submission to God, sincerity in religion. All aspects of humanity, and a melancholic humor in always difficult times.
Iran is, and has always been, the favorite destination of so many of us searching for eternal wisdom and beauty. The entrance door to the mysteries of the Orient.
But today’s Iran added another unique aspect. It is now the only frankly declared theocratic state, ruled by mullahs which have not really (some say in no way) been elected by the people. These days the country is threatened with war, and prices are exploding because of severe sanctions. So, when visiting the country next week, I will, as usual, keep an eye on the situation and conditions when normal people try to manage in daily life.
Posted by Muller at 09:51