Kashan’s Mansions from the Qajar Period

Kashan at the border of Iran’s Dasht-e Kavir, is a very relaxed city in Central Iran. It harbors one of Iran’s (and in fact the world’s) oldest settlements at Tappeh-ye Seyalk. There are tree alleys which invite for extended walks through the city. Fin garden is one of Irans finest parks, a real imagination of paradise (a Persian word).

Main activities of business and communication are done, as usual in Iran, in the bazaar. Its beautiful domed roof is rather famous and was built in the Qajar period. Here, ancient caravanserais and mosques, old and new goods, and the famous Kashan carpets can be discovered. The old Sultan Mir Ahmed Hamam is now a relaxing tea house. 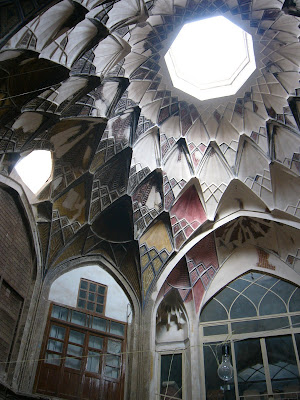 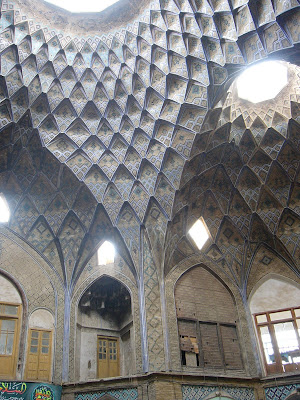 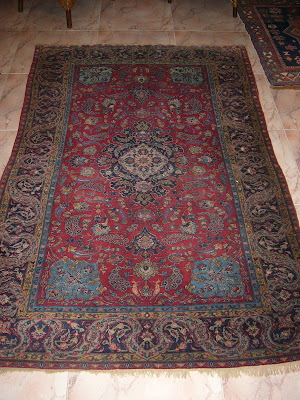 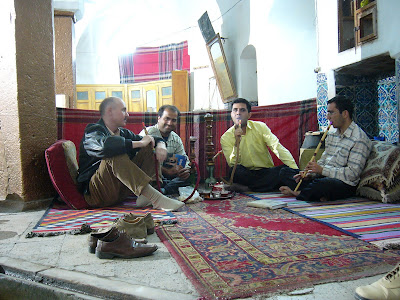 Kashan’s main attractions are a number of renovated mansions from the Qajar period in the 19th century. These traditional houses are hidden behind high mud-brick walls and not visible from the streets at all. They were the home of wealthy merchants and carpet dealers. Iran seems to spend a lot of money and effort to preserve these jewels of architecture and interior design. Rumors tell that some of them are planned to house fancy hotels in the near future. 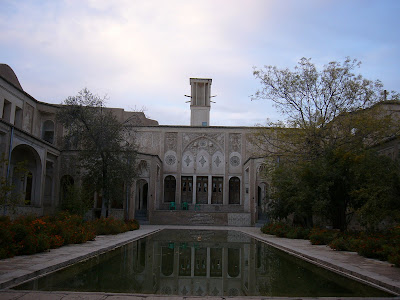 The Khan-e Borujeri mansion is famous. It has a beautiful courtyard representing a typical small Persian garden. The stucco on the domed ceiling in the guest house is marvelous. 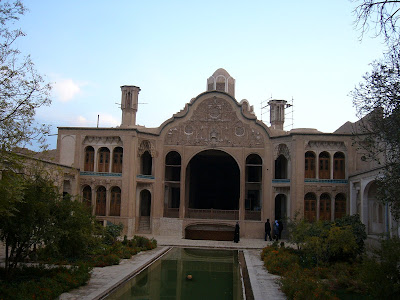 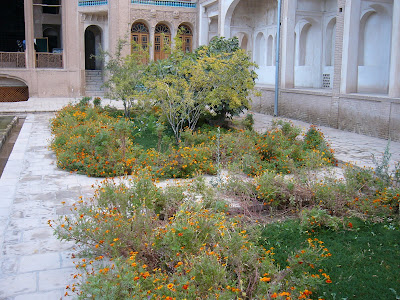 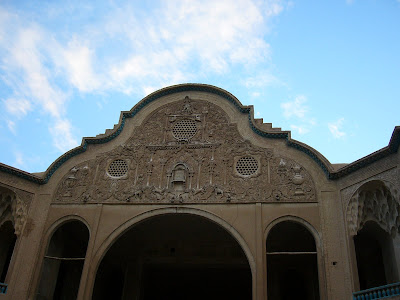 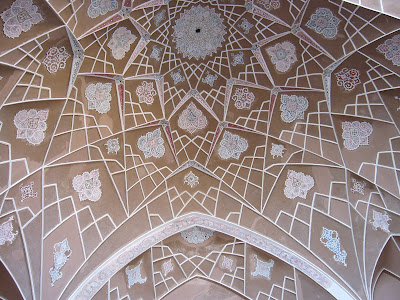 The Khan-e Abbasin is most probably the most amazing mansion in Kashan with a bewildering complex of buildings spread over several levels. The stained glass windows with its elaborate floral motives are stunning. The mirror work in the living rooms resembles that of Emamzadehs. Definitely, living in Persia was easy in the old days provided you belonged to the rich. 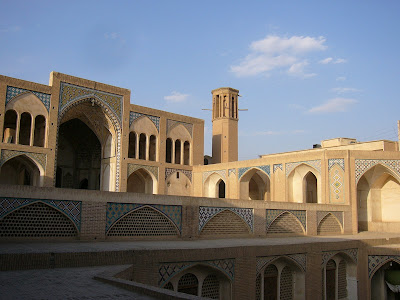 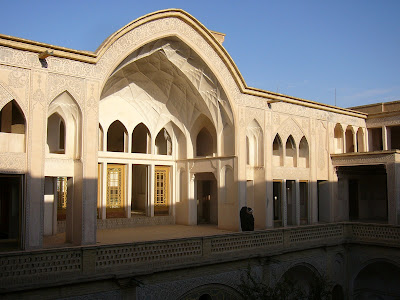 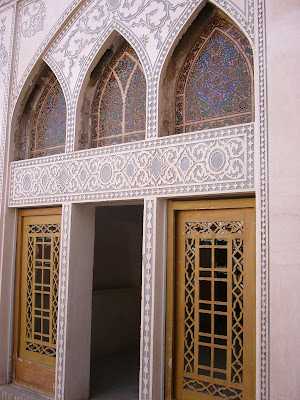 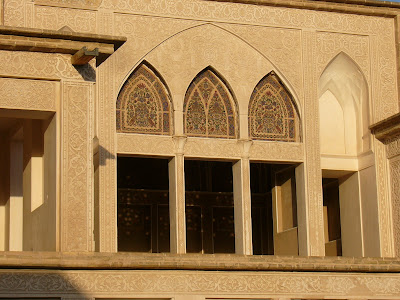 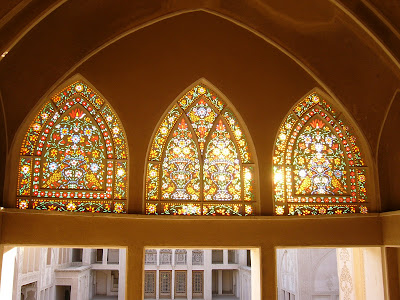 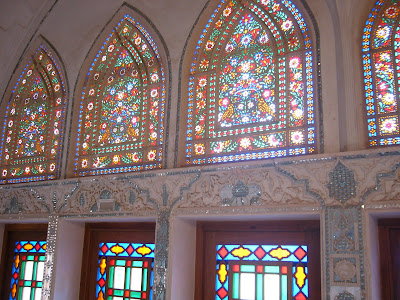 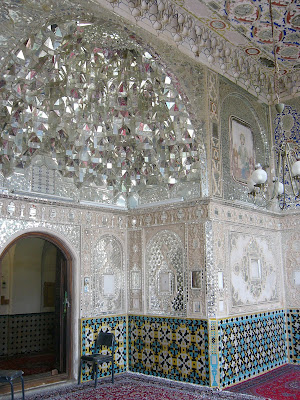 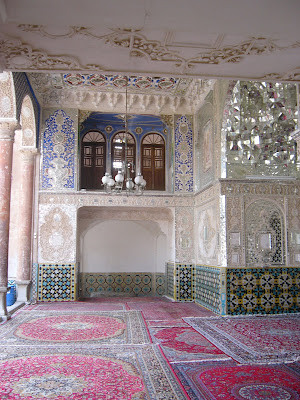