When I posted my pictures from Yemen last month, I got a new understanding for the importance of towers in human culture and civilization. The ancient, multi-storey buildings in even the smallest villages in Yemen, nestling in hillsides of the harsh, mountainous landscape, are a perfect example of how human civilization mingles with Nature.

But now let's have a look on the new developments in the oil-rich countries of the 21st century. 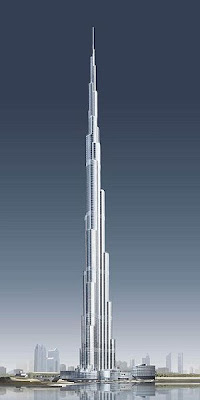 The tallest building in the world is, for some time already, the construction site of Dubai’s Burj. So far, the site looks a bit chaotic and the Burj itself can best be overlooked from the air. The Burj has definitely been ugly but is now beautifying quickly. Computer-generated rendering of the final building shows a metallically glistening needle. It is said that its antenna will peak 818 meters, when finished. That will be at some time during next year. But there are also rumors that it will reach 950 meters! 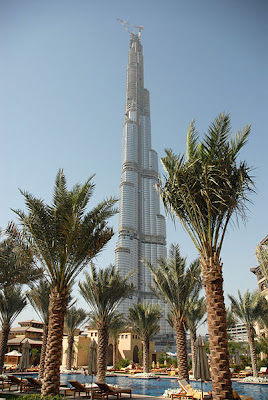 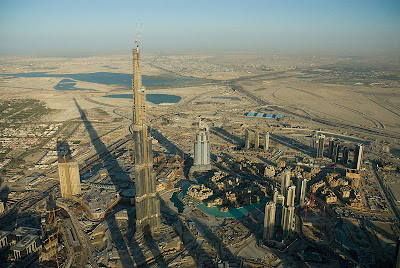 While the gulf emirates, and Dubai always ahead, are craving for achieving one world record after the other, Kuwait has sported so far only modest attempts of building something similar as a skyline. 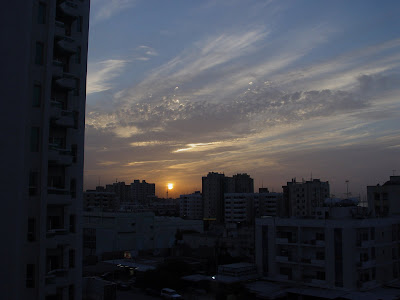 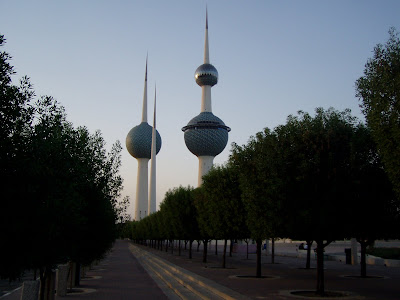 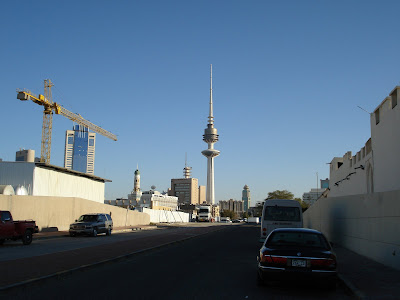 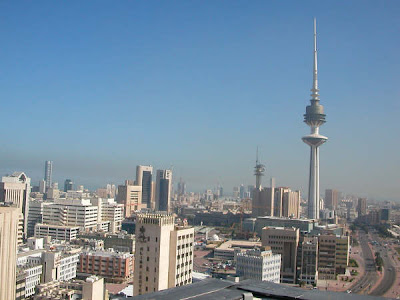 But ther is another interesting project. Kuwait's Silk City in Subiya, at the most-northern corner of the Bay of Kuwait will be the location of another miracle in Middle East quite soon. Its Burj Mubarak al-Kabir will be more than a kilometer high. It will be a very impressive contrast to the skyline of Kuwait City so far, on the other side of the Bay. 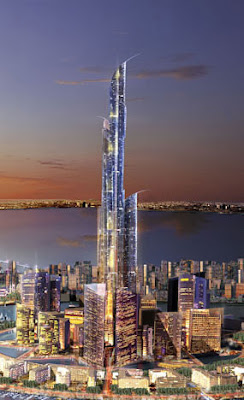 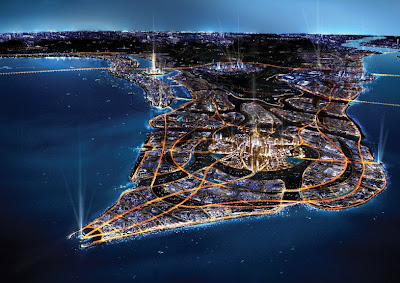 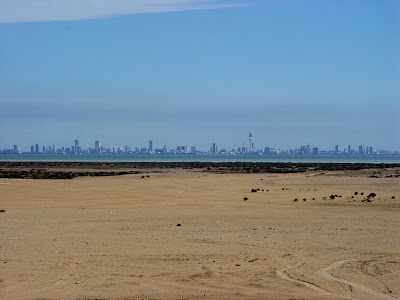 Subiya, and in its vicinity the extensions of Jal Azzor with Kuwait’s National Reserve and, further east its rare sand dunes; and small chalets close to the large Bubiyan island. This land has, so far at least, been a friendly destination for weekend trips with the 4WD, picnics and times of meditation and relaxation. In spring, the desert there is a green grassland, and the spine-tailed agamid, or Dhub, can be seen everywhere. Subiya is also the site of a Stone Age settlement and archaeologically excavated for several years now. In summer (that is between late April and mid October), temperatures are soaring to above 50 centigrades (122 F), but springtime is lovely with flowers such as the desert hyazinthes and daisies everywhere. Maybe in the near future this lovely part of the State of Kuwait will disappear in favor of a new business and tourist hub in the Middle East.
When approaching the site, Kuwait’s so far modest skyline looks best, but only when air is clear and no dust has risen in the strong northwestern winds from the nearby Iraqi desert. 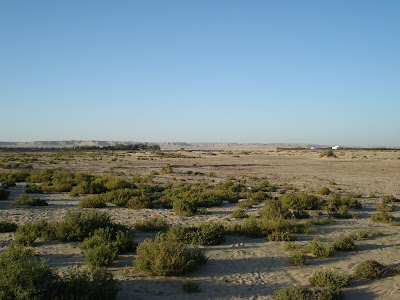 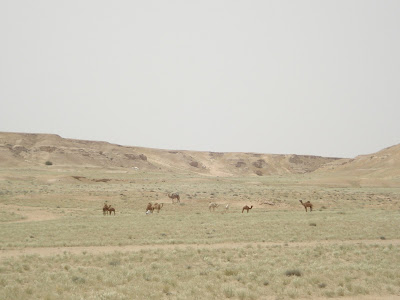 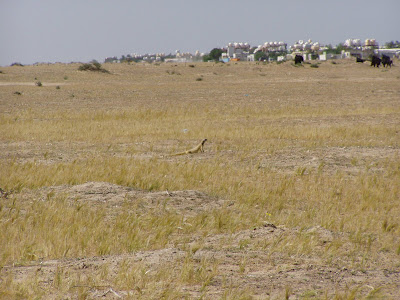 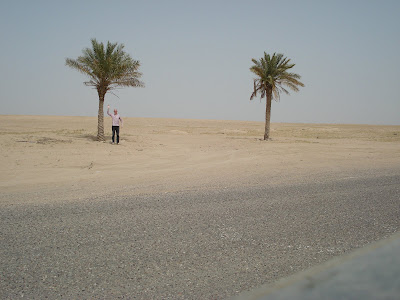 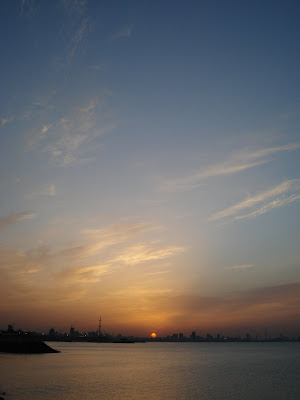 Towers in the Middle East may exert a special beauty because they are not really expected in these traditional societies. The Kingdom Tower and its counterpart, the Al Faisaliyah Center in Riyadh are especially charming examples. Both about 300 meters tall and in sharp contrast to the abayya- and thobe-wearing inhabitants of this new metropolis.
When I visited Riyadh in 2004 on the occasion of a scientific meeting, the beautiful Kingdom Tower with its large and elegant triangular free space it its upper third (similar like a beer-bottle opener), was about 3 years old only. When I entertained my Egyptian colleagues in the bus taking us to the conference hotel by mentioning my first impression when I saw it (“How do islamists would build towers”) they laughed and told me, honestly, that it was actually taken into consideration to fly an airplane through it during the opening ceremony. The plan was cancelled after September 11, 2001. 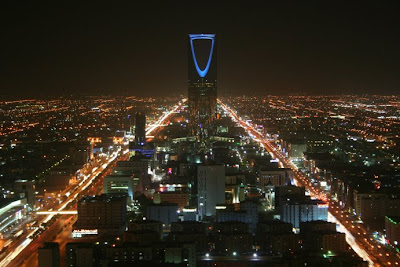 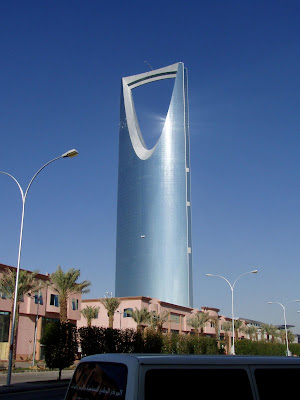 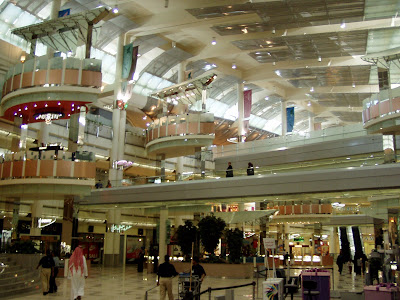 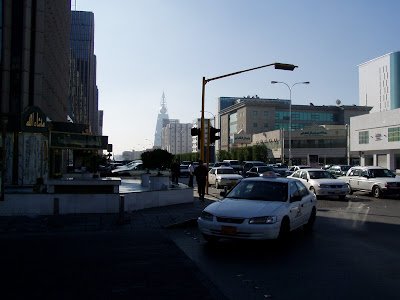 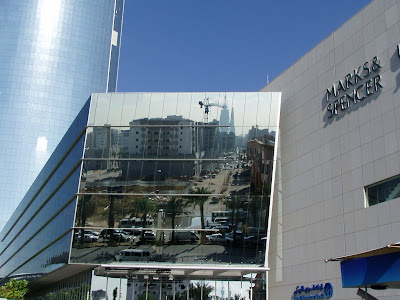