Sana’a at night is especially charming. With their illuminated stained-glass windows the multi-storey tower buildings really look like lanterns. Since early afternoon, most men (and probably women in their more hidden parties, tafrita, as well) had chewed their daily portion of qat, the leaves of the shrub Catha edulis, providing them with its mild alkaloid stimulant. It is part of the social activity of all Yemenis and fully accepted and legal. I saw even a traffic policeman in the center of crowded streets with a good portion of qat in his cheek. When life returns in the evening, Yemenis are not really stoned but, of course, in an excellent mood. 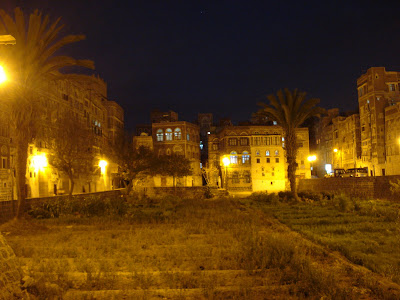 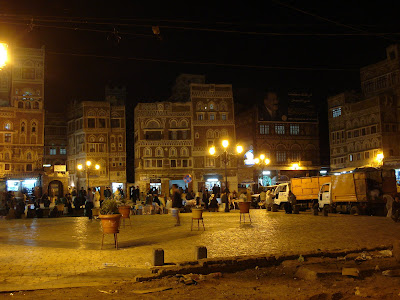 Anyway, it seems to be a problem in a pretty poor country when most of the fertile areas are used for qat production. There are huge plantations with the green bushes everywhere and men sell and buy the daily portion either in one of several larger qat markets in Sana’a, or outside of the city. 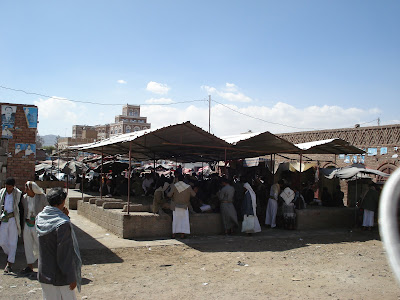 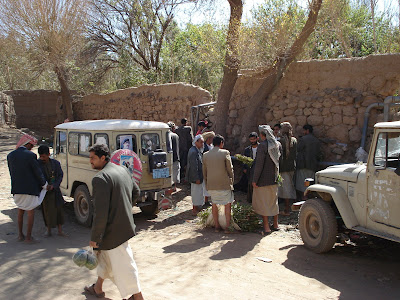 Mohammed apologized early in the morning in Arabia Felix. Understandably, he didn’t want to spoil his car and handed me over the travel permission papers of the Ministry of Tourism. Luckily he made sure that I could go with the two Spaniards living in the hotel and its travel guide, another Mohammad, in his Pajero.
Hababah with its picturesque cistern, then Thilla, with small shops everywhere, selling beautiful local collectibles. Ancient villages completely depending on tourism. Some quieter corners with spectacular views. 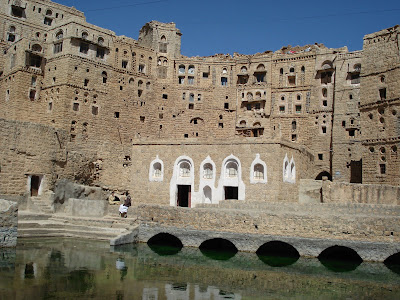 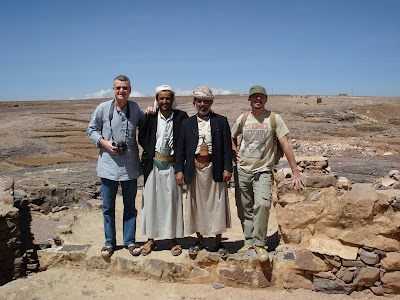 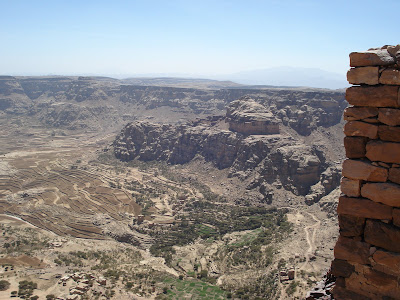 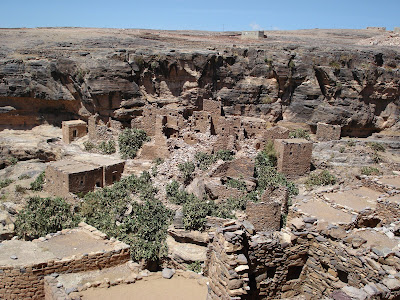 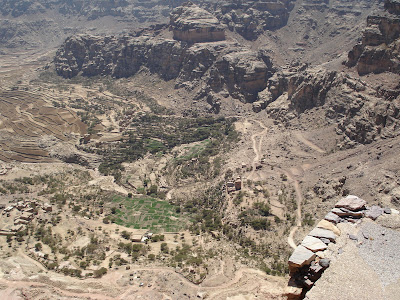 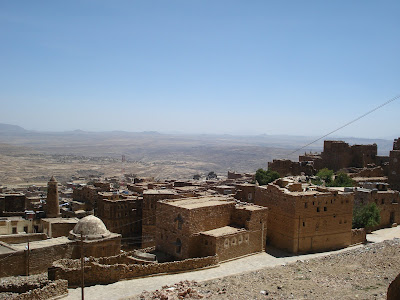 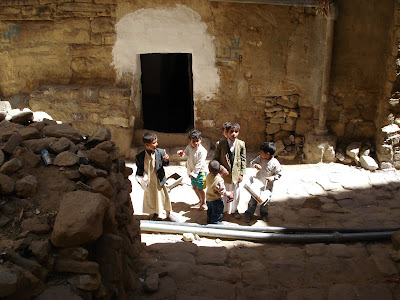 Up we went to the village on top of Jebel Kawkaban, almost 3000 meters above sea level. Another amazing cistern. A little bazaar for the tourists. Then a walk down, 6 km or so (and almost 1000 meters difference in altitude) to the village Shibam. 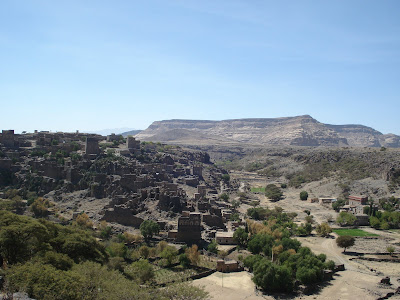 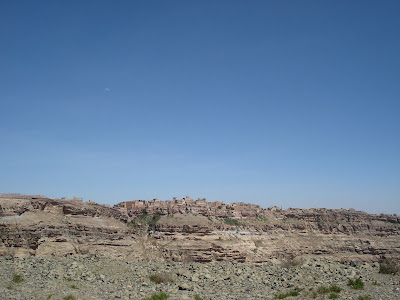 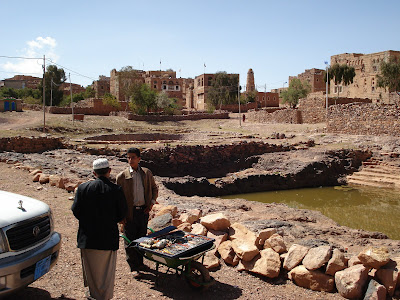 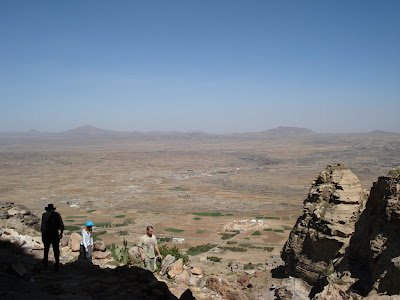 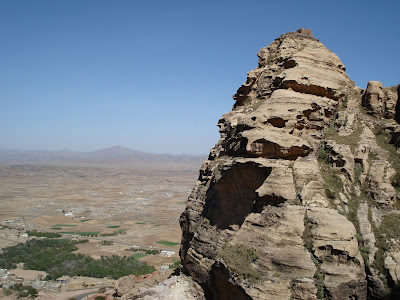 When arriving there we had lost Mohammad who had to take his Pajero down, of course. I bought a football for the young boys in Shibam, but more boys were coming who also wanted footballs. Several cups of shai and 2 hours later Mohammad found us and we went back to Sana’a, having a lunch in a small restaurant along the road, salta, of course, the national Yemeni dish of very hot and spicy stew of meat, beans, and other vegetables. Very delicious! 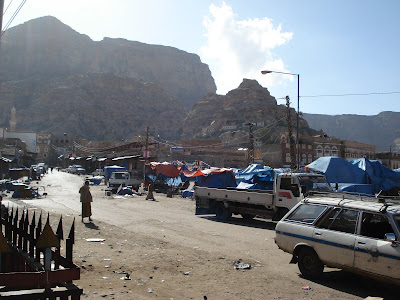