What a name for a hotel in the old city of Sana’a! Funduq al-‘Arabiya as-Sai’da, literally Arabia Felix! And it was dead-easy to get there. I'd sent an email to the address I found in the Lonely Planet travel guide of the Arabian Peninsula and received a response after only 3 hours. I was most welcome. The hotel was run by an Egyptian and somebody would be at the airport for picking me up. “Don’t forget passport pictures for the visa!”

A crazy trip. End of February expats are well-advised better leaving Kuwait. Let them celebrate their National and Liberation Days alone. Yemen was the last travel destination on my long list while living in the Middle East. Some tourists had been kidnapped and even killed in the past few years. But Yemenis have a good reputation in Arabia. Very honest, traditional, friendly.

I arrived in the evening and queued with other Kuwaitis and few, mostly American, tourists at the visa counter. No problems to get the stamps. After I had picked up my luggage, I left the arrivals building of Sana’a’s airport and was already received by the young man from the hotel. He didn’t speak too much English. It was already dark and some of the strange multi-storey tall buildings were nicely illuminated. Temperatures and air were very pleasant. Sana’a is located only 15 degrees north of the equator but lies at an altitude of 2200 meters!

The hotel was more or less occupied by Europeans. Sana’a seems to become a touristic hub in the Middle East. There were shared bathrooms and very small but nice and clean rooms. In a small garden, a breakfast with bread, cheese, and large amounts of the world-famous honey of the Hadramawt was served with tea and Nescafé. 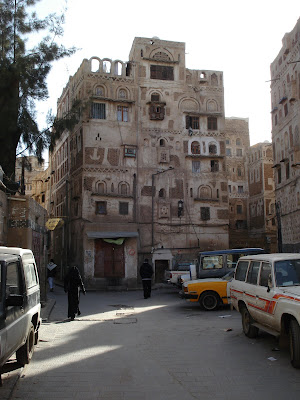 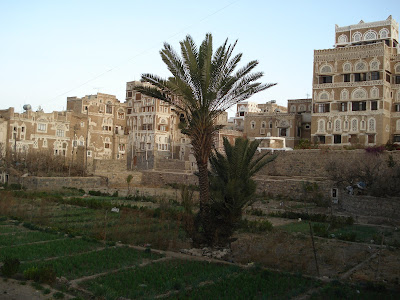 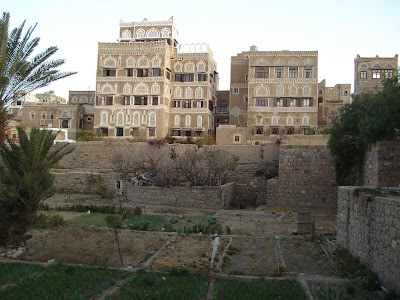 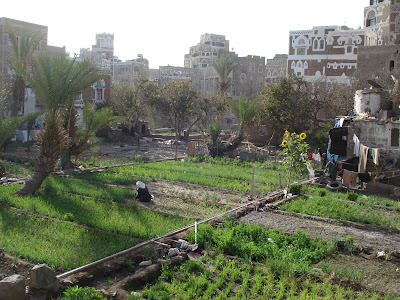 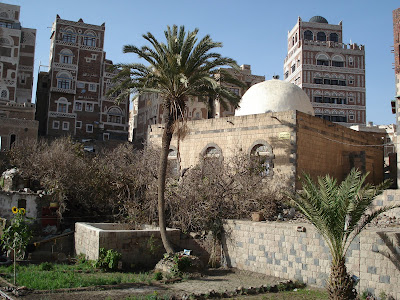 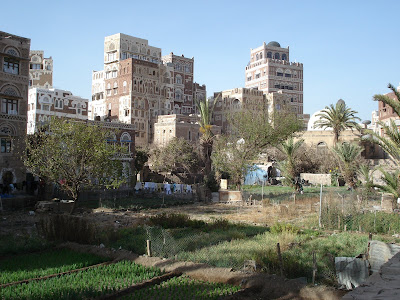 Strolling through the old city was incredible. It was difficult to see any women other than old widows, completely covered by their abayas. Men look, in general, like Ali Baba. They inevitably wear a curved dagger attached to their belts, the jambiya. In the plenty of souqs in Sana’a vegetables, fruit, meat, silver, mats and carpets, perfume, clothes are sold and you might easily get lost there. The old city is surrounded by the city wall made of clay, with its impressive main gate, Bab al-Yaman. New and old daggers with their wide belts are sold everywhere. Pictures of Saddam Hussein and Sheikh Nusrallah hanging in the shops, both individuals obviously being revered at the same time. Yemen had some problems with the Bush Administration after 9/11 for its support of Saddam’s Iraq!

The Grand Mosque was off-limits, of course. This seems to be one of the oldest in Islam. In the early 1970s, German archeologists recognized that the almost rotten pieces of paper which had been found there when renovating the site were in fact what is now considered one of the oldest manuscripts of the Holy Qur’an ever found. The slightly different verses have in a way changed our views about the early days of Islam. Whether the State of Yemen was completely informed about the research by Gerd R. Puin and others on these manuscripts is not so clear. It is a delicate issue. 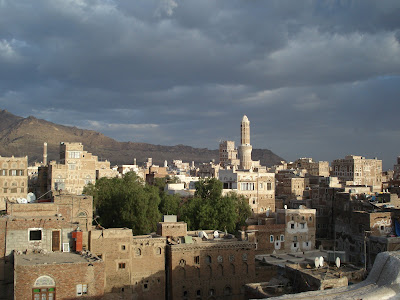 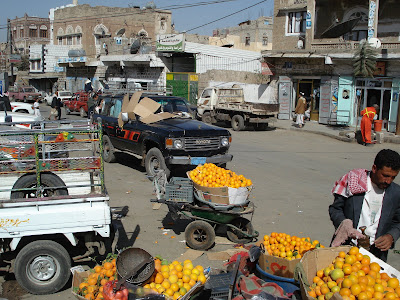 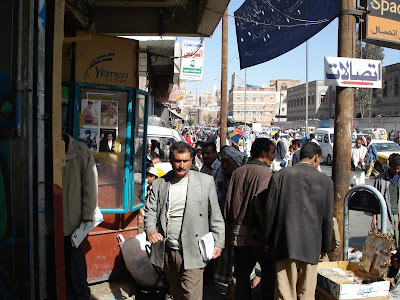 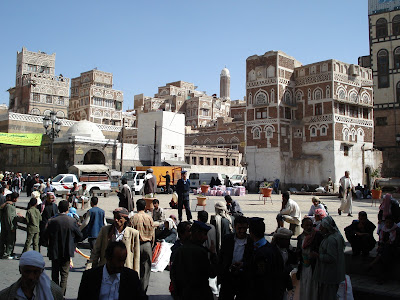 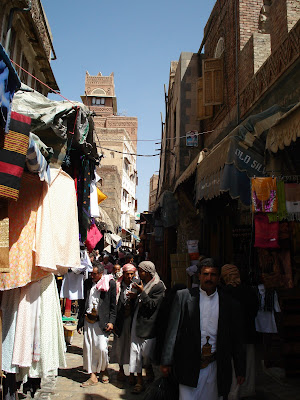 Thank you very much, Lisa! Unfortunately, I will stay here during Easter time. I have to familiarize myself with the environment here and fight home sickness!