On the 2nd of August 1990, Kuwait, the small country in the corner of the Persian Gulf was invaded by Iraqi troops. The tanks overran the tiny post at Abdaly, about 50 km north of the Al Mutlaa ridge. Saddam Hussein was pretty certain that the US would not interfere. He had enjoyed, for many years, a sort of friendship among rogues, and the handshake with Donald Rumsfeld is unforgotten, when the first war in the region, against America’s arch-enemy Iran, culminated with poison gas on one side and children with little plastic keys sent into the mine fields on the other. Stunningly, both parties, Iraq and Iran, had been eagerly supported by the West. Israel had even sold arms to Iran. It was a worldwide desire that both bastards, Saddam’s and Khomeini’s regimes, should better bleed to death, and vanish. But dictatorships do not vanish easily. One million had died when this war, which saw battles in trenches and usage of mustard gas, 70 years after WWI, ceased in August 1988.

As other Arab states, Kuwait had supported Iraq during the war with Iran. But soon Saddam blamed Kuwait that it had drilled for oil during the war in Iraq’s territory. There were long-standing disputes about the northern borders of Kuwait with Iraq and the tiny Emirate. Britain had configured (apparently with straight edge and compass) the borders in the Middle East. Kuwait’s boundaries were defined in 1922 in the Uqair protocol signed by Percy Cox, the High Commissioner to Baghdad who met his colleague John More, the British Political Agent to Kuwait, and Abdul Aziz ibn Abdur Rahman ibn Saud, the first Saudi monarch. 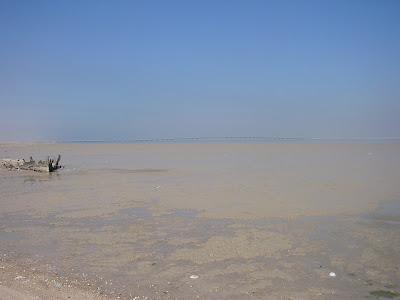 For Saddam a safe access to the Persian Gulf was of strategic importance. Iraq has a coast line of not more than 40 km with the Shatt al-Arab defining the boundary to Iran. But there are two muddy islands, Warbah and Bubiyan, which are just located in the northern offshore sands of the Gulf without providing Iraq with any reasonable harbor. An impressive, 2400 m long concrete girder bridge links the Kuwaiti mainland with Bubiyan Island. It had been constructed in 1983. The wonderful “Bridge to Nowhere” (in fact, the road ends at the small Bubyian post in the swamps of the marshland), spanning the shallow Khawr as Sabiyah, was heavily damaged in the events which follow but quickly restored in the aftermath of the war. The shores are very muddy here. Chalets in small villages are used, as everywhere on Kuwait’s seaside, as getaways. But there is still a lot of rubble, remains from the war. 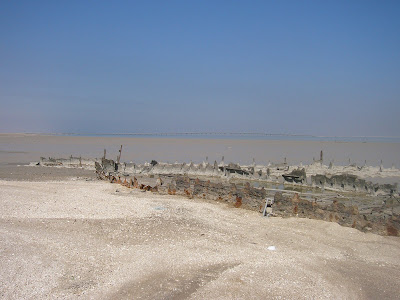 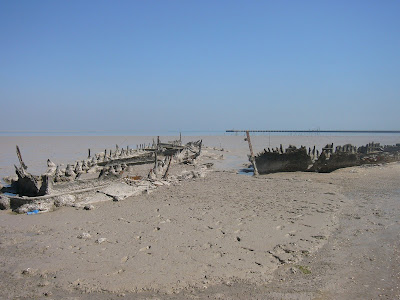 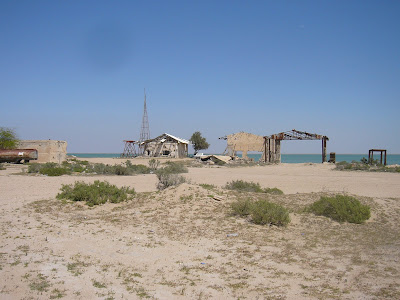 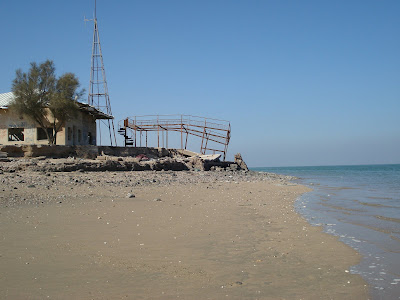 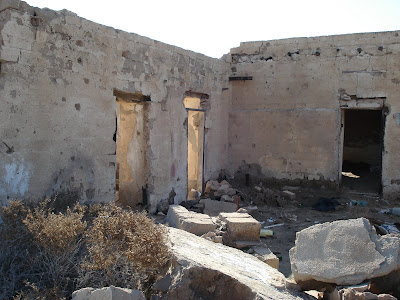 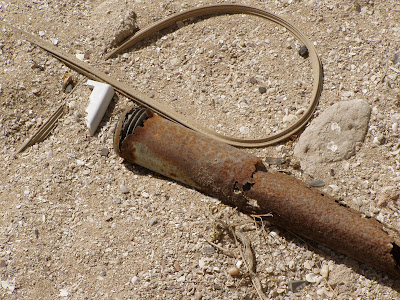 In the beginning of August temperatures usually reach their annual highs, 50 degrees Celsius (122 F). Saddam’s Iraqi Republican Guards came early in the morning, at 2 am. The Amir of Kuwait, HH Jaber Al-Ahmed Al-Jaber Al-Sabah, had fled already to the neighbouring Saudi Arabian deserts. His half-brother Sheikh Fahad, was shot and killed in the Royal residence Dasman Palace by the invaders. Kuwait became what Saddam has always claimed: Iraq's 19th province.

Tired of the ongoing bad news from the Middle East, the international community at first only shrugged it off. Of course, Saudi Arabia was alarmed. And so were the USA. Saddam was suspected of going ahead with invading the oil fields in the eastern provinces of the weak monarchy, too.

How persistent lies and war-time propaganda may lead to a change in the World’s public opinion has been better learned 12 years later, in the preparation of the next, the 3rd Gulf War. In 1990, after Saddam had ruthlessly invaded the tiny Emirate in the corner of the Persian Gulf, it was not about weapons of mass destruction what finally led to Kuwait’s liberation by a broad coalition force. There was a bizarre story which suddenly found its way to the mass media: the incubator lie. A 15-year old Kuwaiti nurse reported atrocities of Iraqis in hospitals. In verbal testimony to the US Congress she alleged that she had witnessed that infants were taken out of incubators (which were taken to Baghdad later-on).
The contentious Californian Representative, Democrat Tom Lantos (who died 2 weeks ago of cancer) put forward, as a co-chair of the Congressional Human Rights Caucus, this story. Later it turned out that ‘Nurse Nayirah’ was the daughter of the Kuwaiti ambassador to the US and her allegations baseless propaganda. Lantos played, by the way, a similar sinister role on the eve of the next Gulf war in 2002.

There were other liars involved in the incubator case. A Kuwaiti dentist, Dr. Ibraheem Behbehani, who was at that time head of the Kuwaiti Red Crescent, testified (as a “Dr. Issah Ibrahim”) that he had supervised the burial of 120 newborn babies after the Iraqi invasion, and personally buried 40 newborn babies "that had been taken from their incubators by (Iraqi) soldiers.” He later had to admit that he had never seen babies taken from the incubators. Dr. Behbehani is now an Assistant Professor at Kuwait University working in the Department of Diagnostic Sciences of the Faculty of Dentistry.

“Truth is always the first casualty”, as Alexander Cockburn wrote in the Los Angeles Times on January 17, 1991:

“Just how rapidly this happens can be illustrated by the case of the premature Kuwait babies, supposedly left to die last August by Iraqis who then removed the incubators to Baghdad. It has become the tale used by the Kuwait government in exile, as well as by President Bush, who invoked Iraqi horrors inflicted upon the innocent children of Kuwait in his speech. It should be said right away that there are thousands of examples of such Iraqi brutality and denial of elementary human rights, not just in Kuwait but in Iraq. But the story of baby mass murder is untrue.”

Anyway, an international coalition force (of the keen and willing) launched Operation Desert Storm, which lasted from January 17 until February 26, 1991. Iraqi troops were wiped out of Kuwait within a couple of weeks. Kuwait was freed, and the Kuwaiti will never forget, grateful and humble. Saddam then showed the World another unbelievable escalation of war when finally setting the oil wells on fire. An ecological warfare which has never been seen before. He was hung for his crimes against Humanity on December 30, 2006.

The day of Liberation, February 26, is celebrated in Kuwait every year together with its National Day on February 25.

Congratulations, people of Kuwait! And may God bless you!
When I asked one of my students at Kuwait University, what event is celebrated on National Day, she responded: “Oh, we became independent in 1961. But, actually, we have never been dependent!”
Posted by Muller at 10:00