From Abyaneh to Natanz 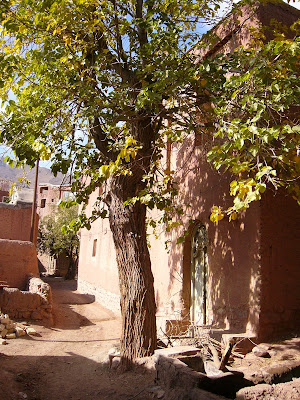 From Kashan on my way south, the highway followed the fringes of the great Dasht-e Kavir to the left, while to the right it nestled close to Iran’s Central Massif, a ridge which is running parallel to the Zagros Mountains. The taxi driver followed the sign to Abyaneh, the ancient village from the Sasanid era. Until the founder of the Safavid Dynasty in the early 16th century, Shah Ismail I, persecuted them so that most flew to Yazd and further to India, the village was mostly populated by Zoroastrians, as Sylvia A. Matheson writes in her archaeological travel guide. The village is located at the northwestern foothills of Mt. Karkas which is about 3900 meters high.
It is a lush country with wide and fertile fields and plantations of fruit and walnut trees. We had a lunch in the only restaurant, and then I walked down the narrow lanes through the beautiful village. The red mud brick and clay houses lie at twisted and steep, climbing, lanes. They display beautiful wooden lattice windows and fragile balconies. Women wear very colorful cloths here while at the same time, of course, observing the Islamic dress code one hundred percent. The wooden scaffold seen on one of the balconies, a nakhl, represents the coffin of Imam Hossein and is carried by men inside on the occasion of Ashura every year, then covered with black and green cloth. The Islamic Republic of Iran has very recently submitted to UNESCO its request of Abyaneh being fully acknowledged as World Heritage. 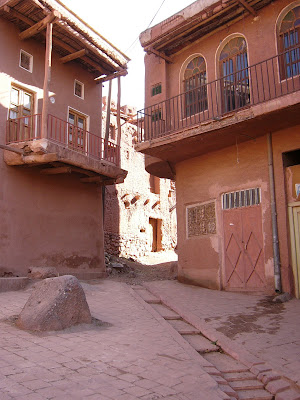 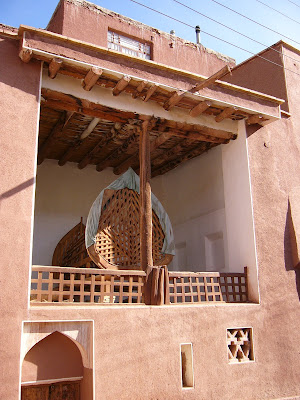 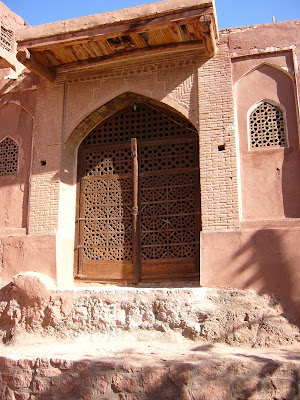 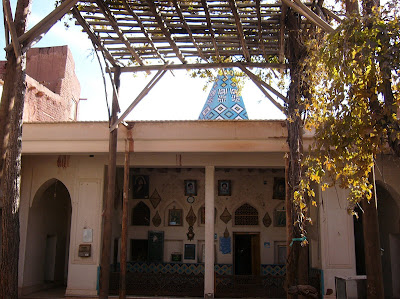 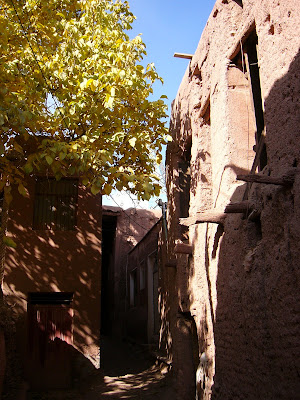 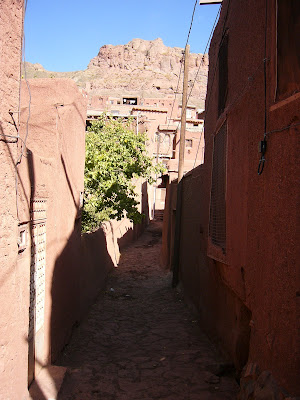 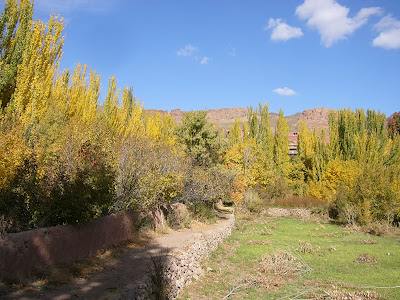 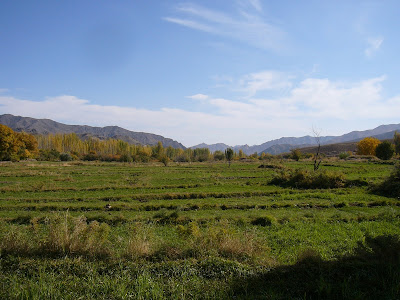 Further to Esfahan we passed, to the left, the small town of Natanz, and to the right what my driver called Iran’s atomic bomb project (“Don’t take any pictures!”). A heavily fortified plant with numerous watchtowers, even artillery. So, foreign visitors are not really welcome. Most probably the first target for now awaited air strikes on Iran.
Posted by Muller at 18:46