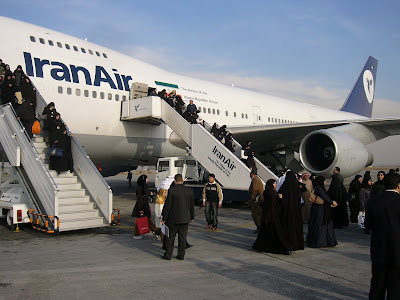 End of last year one of my Kuwaiti colleagues invited me to join her family and a group of Shi’a pilgrims heading for the city of Mashhad in the northeastern corner of Iran. For me it was to be the second visit of Emam Reza’s Holy Shrine after 2005 in hot summer. This time of the year, Christmas, the Christian New Year, Hajj, Eid-e Ghorban, Eid-e Ghadir, and the expected execution of Saddam Hussein would more or less coincide when I was in the wintry Holy City. It was a special experience I would not want to miss at all. I have heard that many Europeans nowadays follow the hype and hopes of hiking on St. James Way in Spain. A certain longing for spirituality and even mystic experiences may be the thriving force for bored Westerners searching for meaning. So, I was somewhat curious about what I could get from that trip.

The nowadays more and more emerging problems for Westerners of getting a visa for Iran were to be solved by the Shi'ite organizers, who were located in Bayan, close to the US Embassy. There were some direct calls by cell phone necessary until I eventually found the private house with the organizer’s office. Street addresses are not very reliable in Kuwait, and prominent landmarks (a mosque is not a landmark) were missing in that residential area. Sheikh Nusrallah’s smiling face in a frame was hanging in the office (fortunately, no current plans for visiting the US). Plenty of friendly and hospitable, middle-aged, short-bearded men in their dark winter dishdashas, offering me tea and cookies. They took it very seriously. My little concern that they might secretly smile about the crazy Westerner was probably not justified. I left my passport and KD 260 and was promised that everything would be in order, and the hotel in Mashhad which was owned by an honorable Kuwaiti and located close to the haram, would be nice.

At the airport, the group checked in for the charter flight directly to Mashhad. I noticed that my luggage erroneously wasn’t tagged. So, no wonder that I lost it finally. After arrival in the Holy City we were asked to a waiting hall until the immigration formalities had been accomplished. Then we entered the bus to the hotel, and a hired Seyyed from Iraq, who was supposed to explain the meanings of the various holy places the group wanted to visit in Khorasan, welcomed me, the Almani, cordially as a guest of honor. For several days I had some hope for eventually receiving my lost luggage. Finally, I was shown a similar suitcase which had been checked-in in Jeddah, and which obviously belonged to a Bangladeshi hajji who had been in Makkah. So, I had to buy some more clothes in cold and snowy Mashhad. 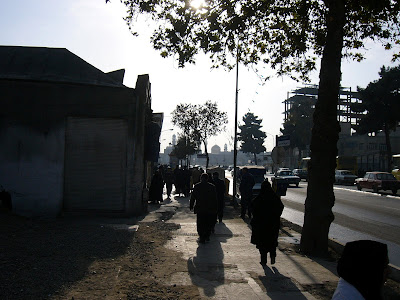 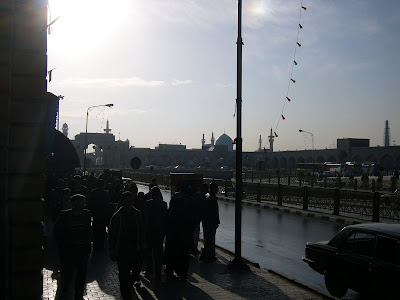 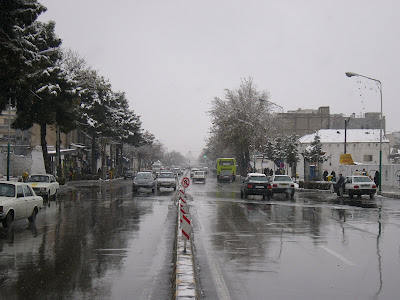 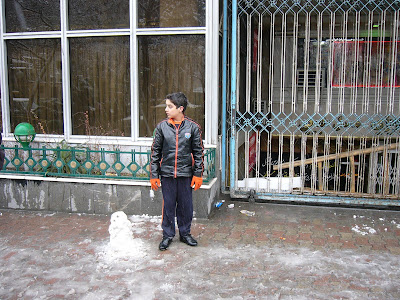 Snow was a special attraction for the Kuwaiti kids in the group. That they could create a snow man was kind of a sensation and many pictures were taken. 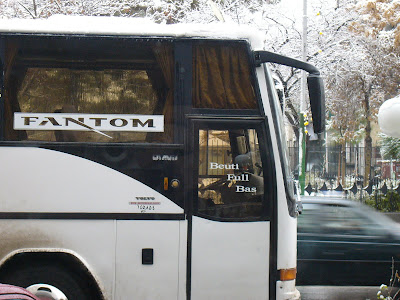 On our first trip (in our “Beuti Full Bas”) we took the road leading to Sarakhs at the Turkmenistan border. Near the little village of Miami (not in Florida!), the Friday prayer was to be held in the small Emamzadeh Yahiya, an obviously ancient site under some reconstruction. Yahiya was a grandson of the fourth Imam Zayn al-Abidin, who is also known as Al Sajjad. While threatened by the Umayyads, he migrated from Kerbala to Khorasan, where he was martyred at age 18. Snowball fights of the youths after the prayers in the mosque. 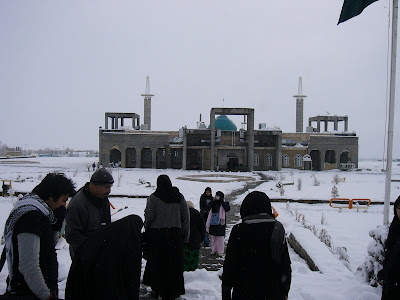 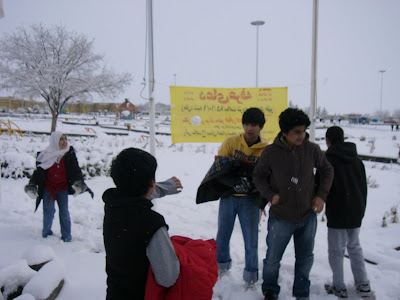 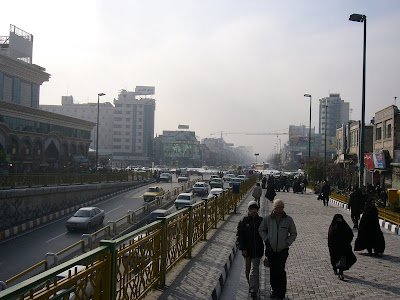 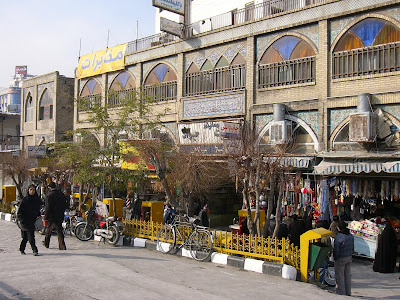 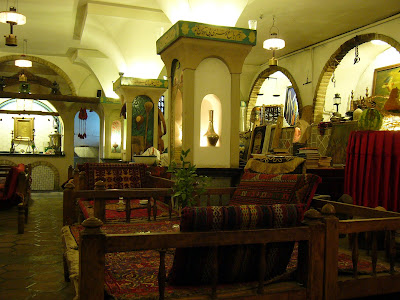 Then back to Mashhad. Strolling through the buzzing streets of Mashhad I found that beautiful Hezardestan traditional tea house again which I remembered as one of the coziest in Iran. 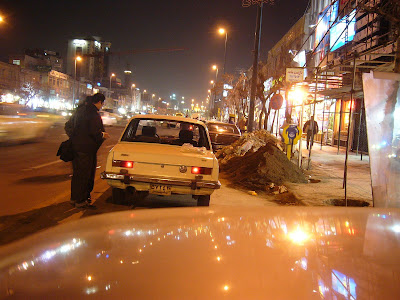 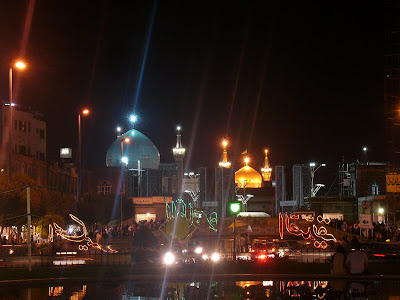 The huge 75 hectare complex of Astan-e Qods Razavi is seen at the end of Imam Reza St., heavily illuminated and decorated for the upcoming holidays. Construction work will not be finished for several years. Twelve million pilgrims a year demand a lot of space for worshipping.
Posted by Muller at 10:02