The noble people of Yazd had been described already by Marco Polo who passed the city in 1272 CE on his way to China. Yazd is a typical desert city in Iran, located at the eastern fringes of the Dasht-e Lut, the frightening salt desert, one of the hottest and most hostile areas on Earth. So, end of November was the right season to go to Yazd (and other cities in Iran as well). Temperatures were generally mild and sun was shining.

The old city of Yazd is a labyrinth with narrow lanes bordered by high mud walls. Even the locals admit that they are getting lost every now and then and have to ask their neighbors. A nice taroof, of course. You might see the tall minarets of the famous Timurid Friday Mosque as a landmark, but you’ll never really approach it. The center of the old city is represented by a small square with trees and benches. A very peaceful place. You may rest here and read in your travel guide about near-by Alexander’s prison, who passed the city after he had ransacked and burnt Persepolis in 330 BCE, and the Tomb of the Twelve Imams (none of whom was actually buried there). 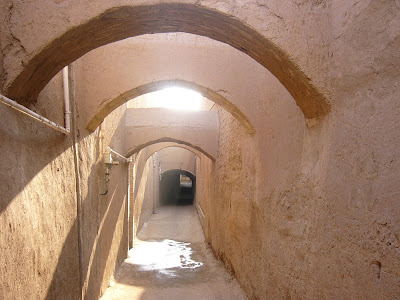 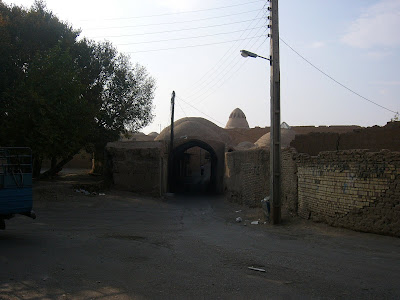 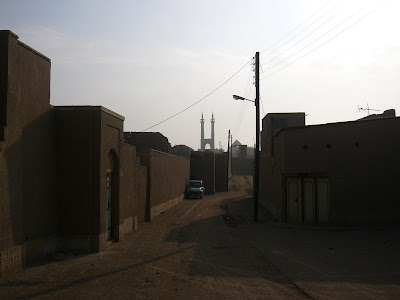 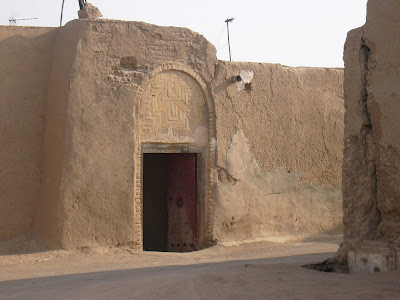 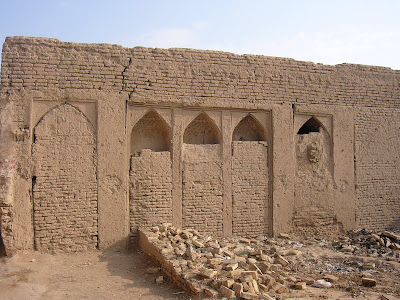 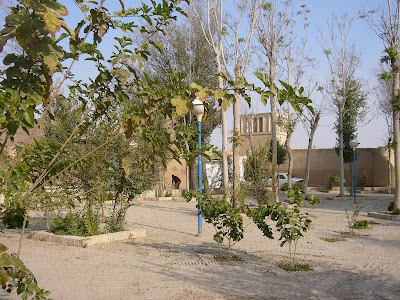 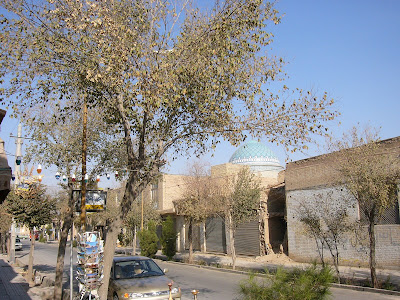 Yazd’s Masjid-e Jomeh is special for several reasons. It is an example of extraordinary Muzaffarid and Timurid architecture from the 14th and 15th century, respectively. With its high portal and the two 48 meters-high minarets it dominates the old city. The delicate tile work of the iwan’s decoration and the qibla might be considered the apogee of Timurid art and may find, in Iran for instance, its counterpieces in Esfahan’s Friday Mosque and the Gohar-Shad mosque in Mashhad.

Around the mosque the famous termeh is sold in several small shops, precious and expensive brocade. And, of course, carpets and rugs, clothes, blue tiles, silverware, and everything else which makes the bazaar so irresistible. The people at Y@zd internet café was arranging tours into the desert in close collaboration with the emplyees at the near-by very cozy Silk Road Hotel which attracted lots of backpackers. I didn’t stay there but in the Nabavi Hotel. 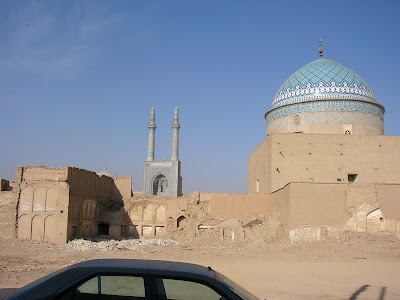 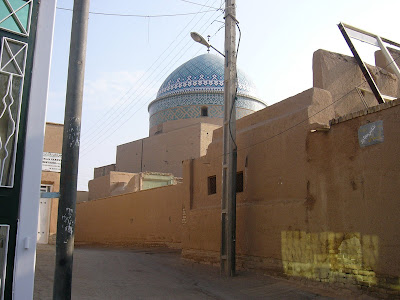 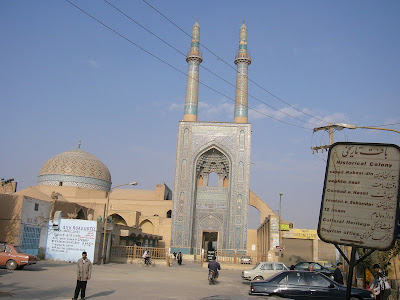 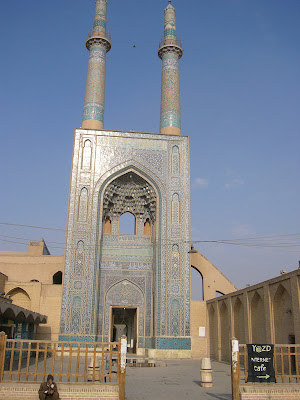 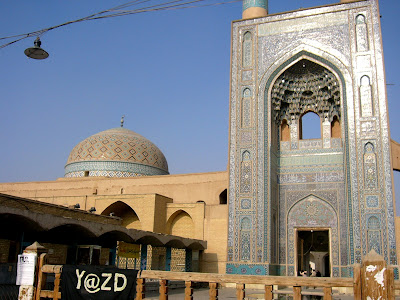 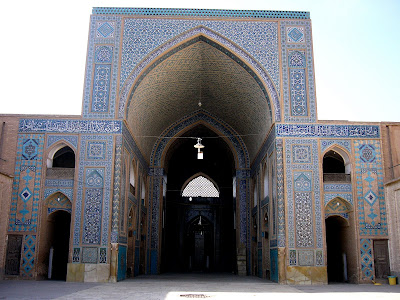 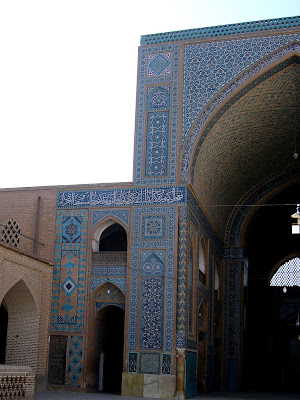 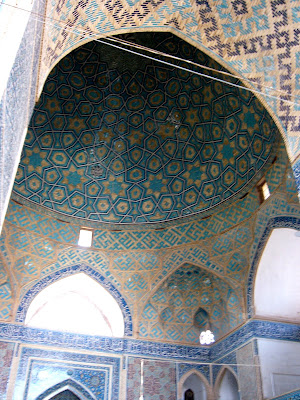 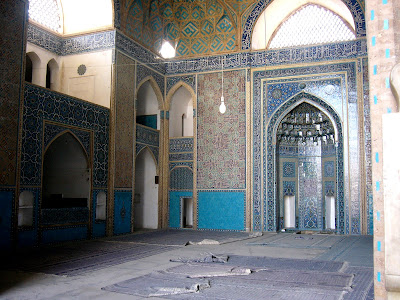 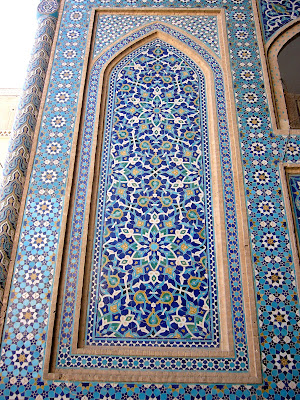 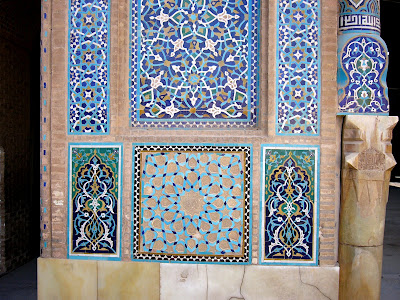 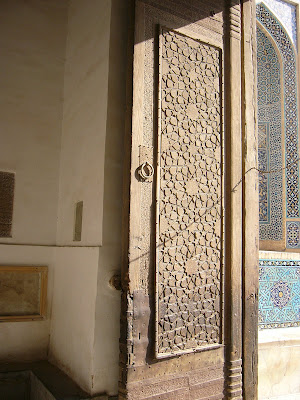 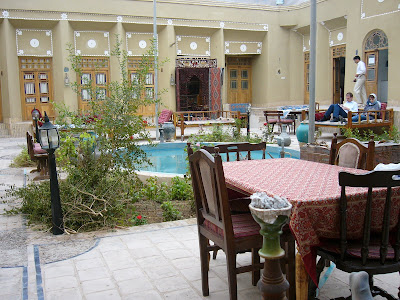 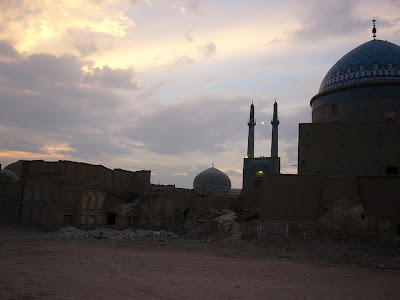