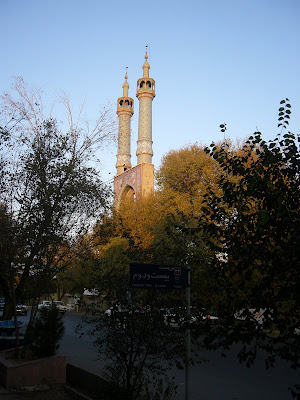 Temperatures in Yazd may rise in summer way beyond 40 centigrades, I was advised by my Iranian friend Shahram, our computer engineer at the Faculty, when I told him that I was planning to visit the city. Same as in Kuwait, but no air-condition!

Well, there is even a stunning skyline in Yazd comprising hundreds of wind towers, or badgirs. As a typical desert city, air-conditioning has been essential since ancient times, and Yazd is, with its more than 3000 years of history according to UNESCO, one of the oldest cities in the world. The towers are made in a way that even the slightest breeze of air will be cooled down and directed to the living rooms below. Badgirs can be seen in all cities of the Persian Gulf coast, on both sides, Persian and Arabic. Even Kuwait sports some nice examples. In Sharq Market, stylized wind towers comprise an interesting element of its beautiful architecture.

In a badgir, air is cooled down above a pool of water while the hot air is redirected upwards through different channels, as in a chimney. There are awful examples of combinations of badgirs in Yazd, and that assembly close to the takiyeh of Amir Chakhmaq with its four towers is quite famous. 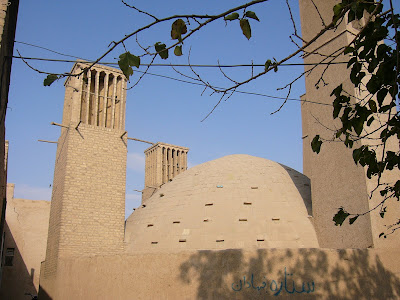 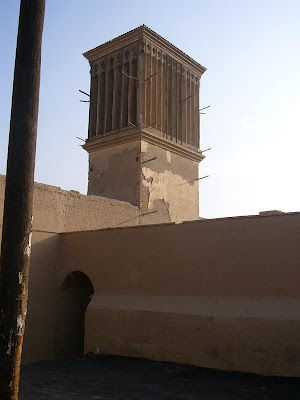 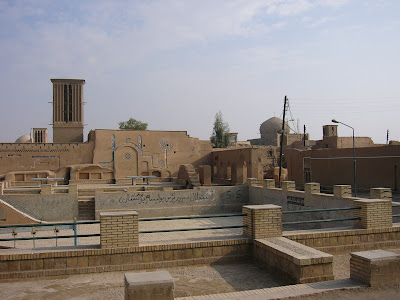 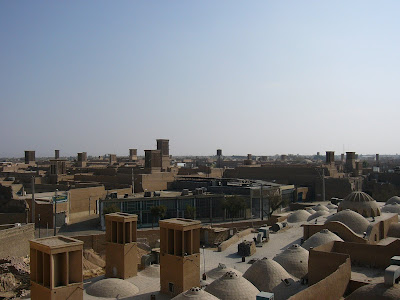 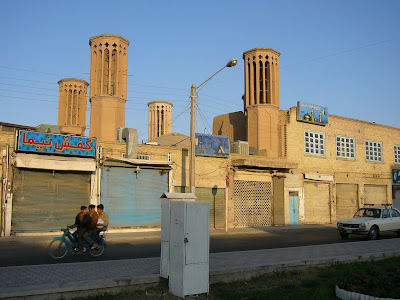 The takiyeh is in fact Yazd’s most famous sight. Built in the early 19th century during Iran’s Qajar period, it has a three-storey façade with wonderful sunken alcoves which are illuminated at night. There is a small bazaar and a huge nakhl, a wooden scaffold representing the coffin of Imam Husayn in the Ashura processions which are watched by the people of Yazd who then are sitting on the takiyeh. The nakhl will be covered by black cloth hiding the men inside who carry the scaffold in the procession. 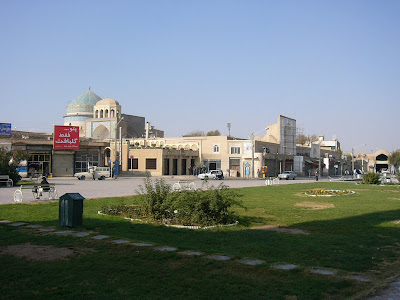 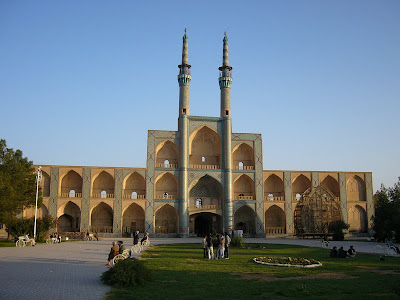 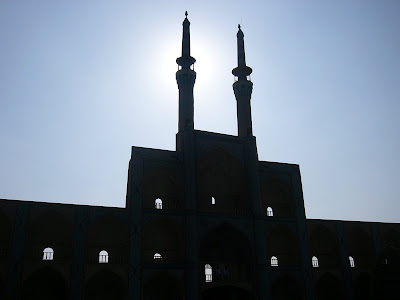 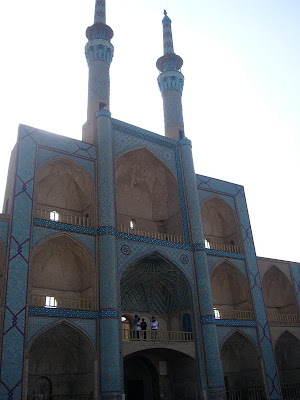 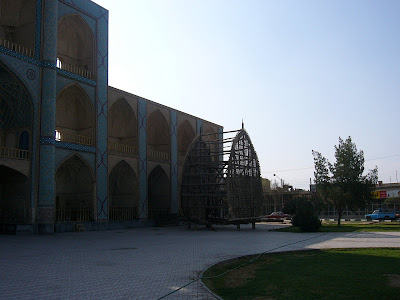 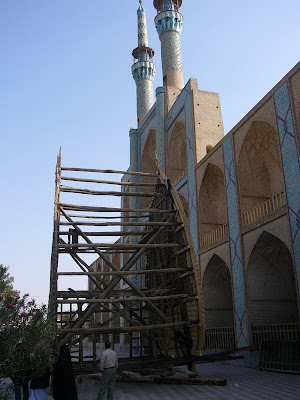 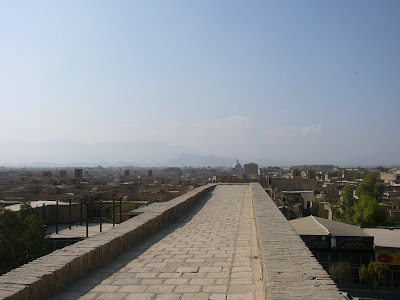 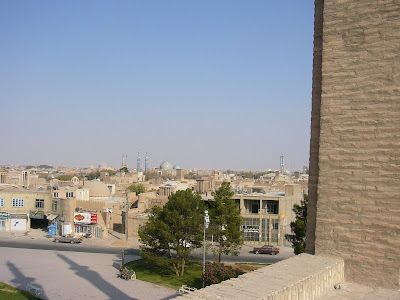 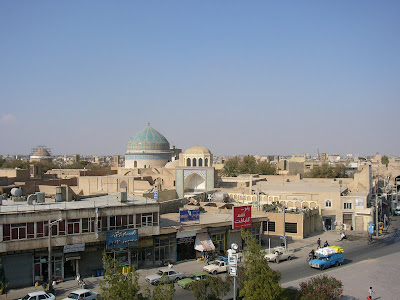 Some boys from the city of Yazd noticed that I had a camera. First a bit shy, they suddenly wanted to kid around. That’s the way kids are. 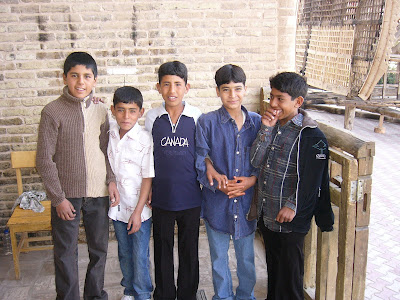 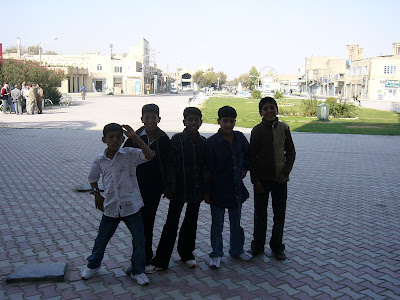 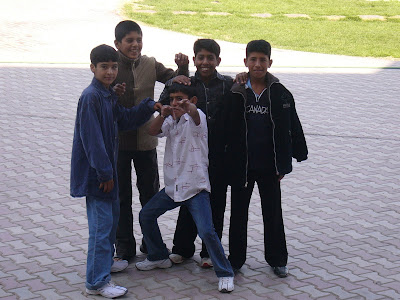 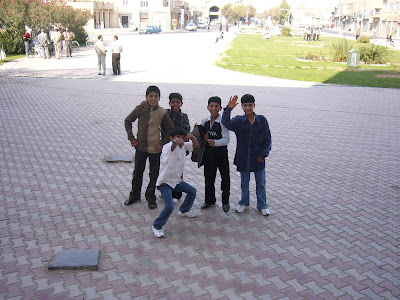 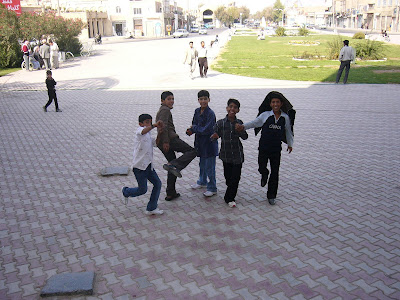 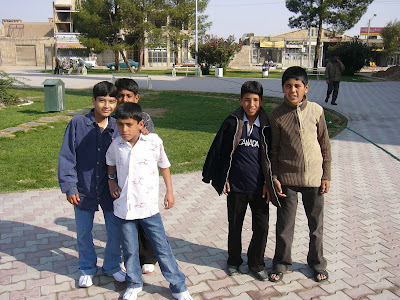 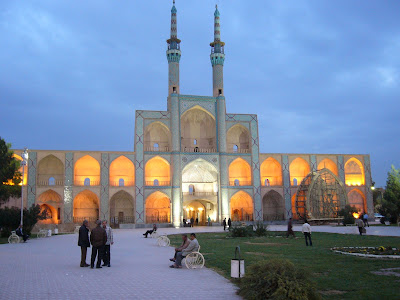 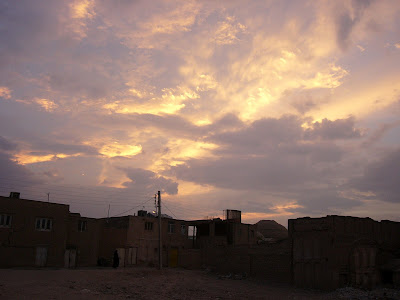 very nice information that could help me for my next visit

Hi Manal! Thanks for your comments. I will travel to Iran next month for some lectures in Esfahan, but I hope that I can also travel a bit around. Yazd is really worth a visit.
Good luck!
Fahad