In November 2006, I attended a conference in Shiraz. I met also my Esfahanian colleagues and friends there, and quickly the question arose, which city was actually nicer, Esfahan or Shiraz. Well, Esfahan is known as “nesf-e jahan”, literally “Half of the World”. I have featured the grandeur of the Safavid capital’s main square, the Naqsh-e Jahan, the parks and palaces, and the mysterious remains of the Seljuq capital, now Esfahan’s Old City, many times. Indeed, Esfahan is one of my favorite cities where I could imagine even to live for some time.
It was of course a typical taroof, when I answered that anxious question: “If Esfahan is nesf-e jahan then Shiraz is certainly the other Half!” The former capital of the Zand dynasty with its surprisingly enlightened vakil (ruler) Karim Khan (d. 1779). The city of the great poets Sa’adi (b. 1184 CE) and Hafez (b. 1310 or 1337), who in fact inspired Goethe for his Westöstlicher Diwan. The city of nightingales and roses, paradise gardens and luxurious mansions.
Although at about 1500 meters altitude, the climate is almost Mediterranean, and outside the city you may still find extensive vineyards, nowadays, of course, only for the grapes. 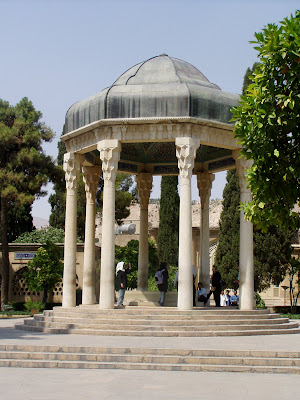 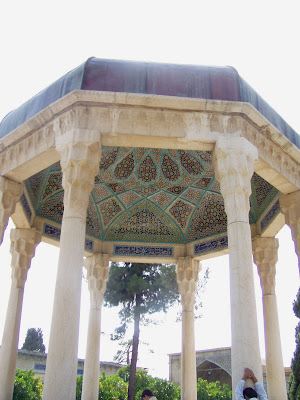 I was received in the morning after my arrival in the hotel lobby by a beautiful former student from Ajman University who had, before entering her final exams in Iran, to study for another year in Shiraz. “To make things easier, my name is Kathy”, she introduced herself. My so amazingly considerate host, Shiraz University, had assigned Katajun exclusively to me in order to show me all sights in the city. We met her friends and then more or less skipped the conference and had a great time in Shiraz, visiting the gardens, holy places, museums and Shiraz’s wonderful old bazaar. To find, however, a restaurant where something else was served than the ever favored kebab, turned out to be a challenge, as usual in Iran. 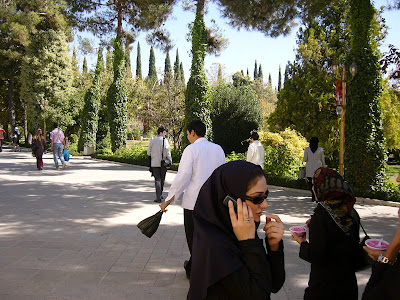 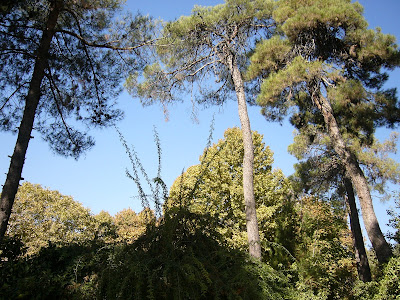 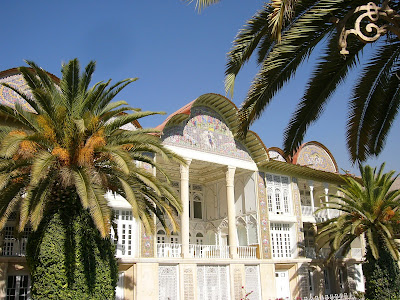 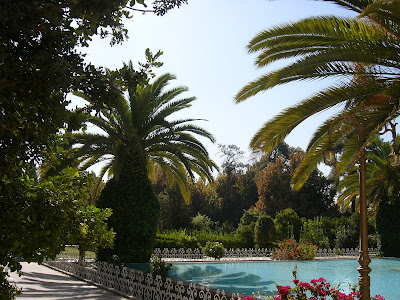 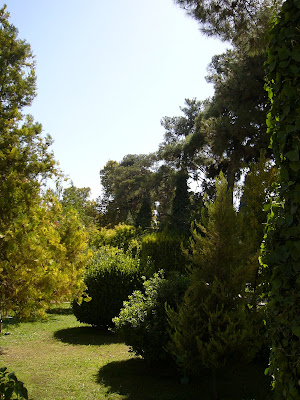 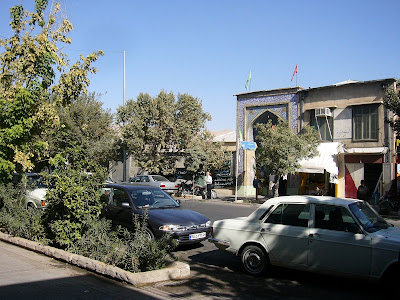 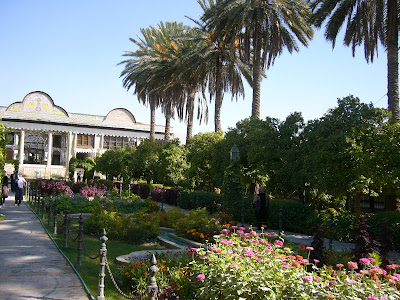 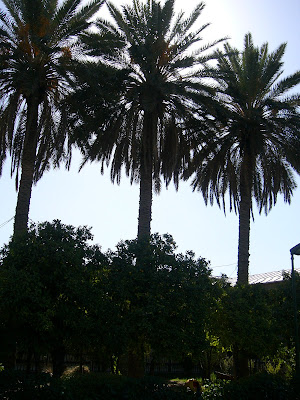 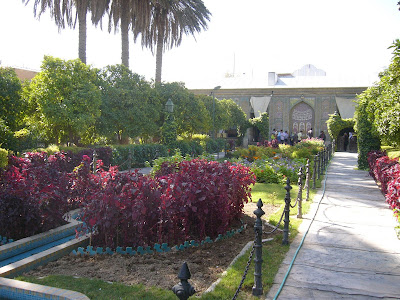 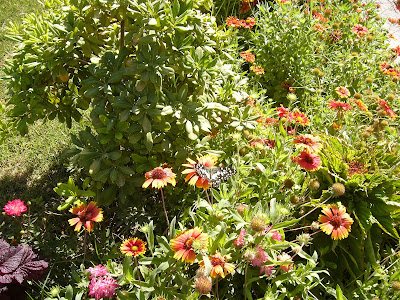 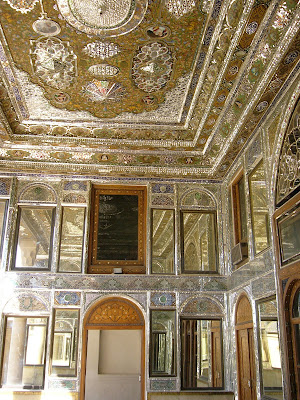 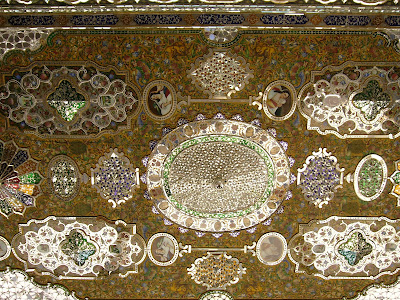 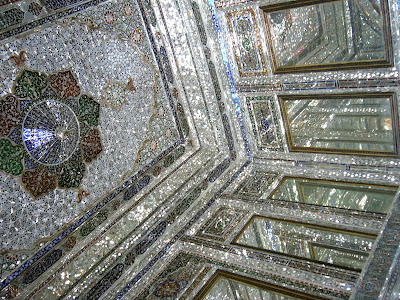 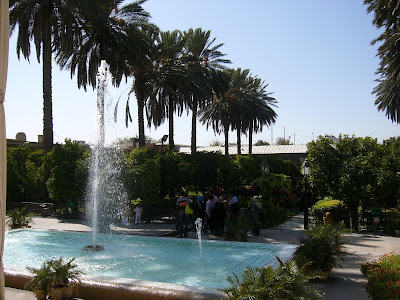 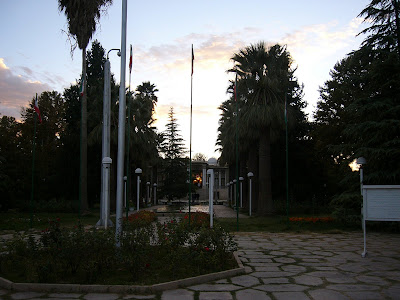 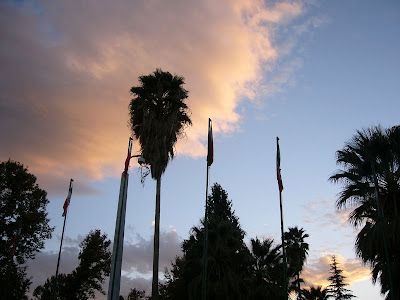 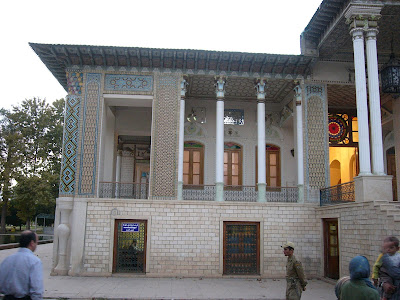 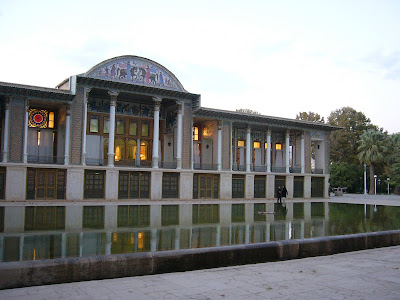 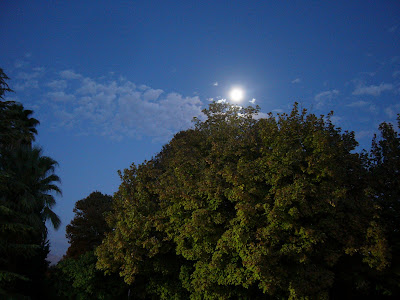 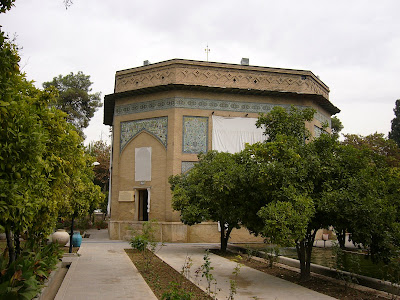 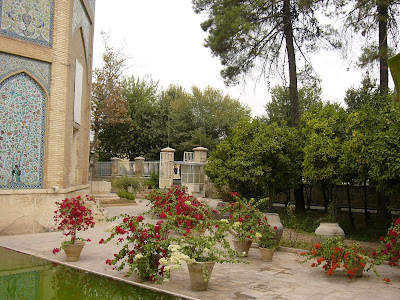 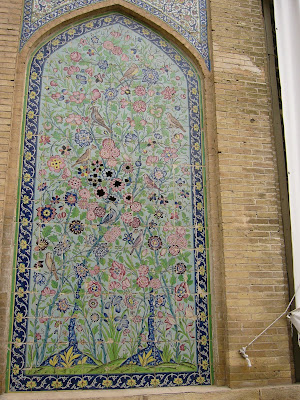 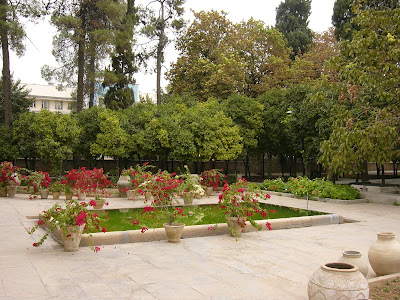