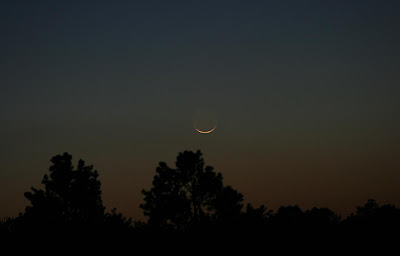 Ramadan had always amazed me when I was living in the Middle East. The whole society voluntarily synchronized, and for days before the beginning of the month preparations took place in order to store enough food at home for the upcoming days of fasting during daylight. I remember one Thursday morning, the last day of the month Sha’aban, when, as usual on weekends, I drove my car to the huge industrial areas of Shuwaikh in order to do my weekend shopping. Besides the Sultan Center’s wholesale grocery store there, I loved to visit the two Al Mirah Markets close-by. It was unfortunately too late when I realized that tens of thousands of Kuwaitis in their huge four-wheel-drives had exactly the same idea of shopping food. I was standing for several hours in the car queues with stop and go.

During Ramadan it was, of course, tolerated that we Westerners did not strictly follow the religious rules. Many of us had, at least in their closed offices, a sandwich for lunch. Our Bangladeshi coffee boy Qasem even served us coffee. I always found that very inappropriate and it was rather a pleasure for me to join my Kuwaiti colleagues in fasting from dawn to dusk. My otherwise not so religious friend Ehsan from Esfahan once wrote me in an email that even simple food tastes incredibly well after long hours of fasting, and I fully agree. I loved to break ‘my’ fasting also with the very tasteful dates, in particular those from Saudi Arabia which were said to be the best in the world.

Another pleasant experience was emptiness of the roads after sunset. It was incredible. Usually, traffic is enormous in Kuwait. But during Ramadan, between 5 and 9 pm or so, you are the king of the roads. While driving just before sunset might be pretty dangerous since people are heading home almost fainting because of hunger, a little later, all of them have safely arrived and are engaged in religious practices and preparing food for extensive feasts before planning to go out. Shops and restaurants will open again until early in the next morning, traffic revives, and people enjoy this very special time of the year. There are also certain nights to be observed, especially in the end of the month when the Grand Mosque in Kuwait City is very crowded by the faithful. One of them is Laylat al-Qadr (لیلة القدر, in Farsi Shab-e Qadr) when the first verses of the Holy Qur’an were revealed to the Prophet Muhammad (saw). 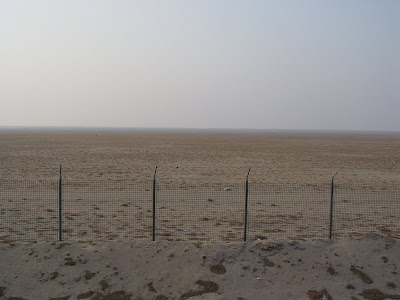 Determination of the beginning and end of a month is especially important in case of Ramadan when it would be a great sin not to fast on its first day and a similar sin to continue fasting on the 1st of Shawwal, on which occasion Eid ul-Fitr is celebrated. But detecting the crescent of the new moon is not an easy task. The very peaceful place where I went many times the day before Ramadan has been featured in this blog elsewhere. It is located north of the Al Mutla’a ridge and you have to climb the cliffs of Jal Azzor just before the fenced National Park. Provided clear skies, the setting and disappearance of the sun below the horizon may be watched from here. I am afraid that continuous construction works and even vast barriers are nowadays preventing any approach to the plains, which extend far north up to and beyond the Iraqi border. 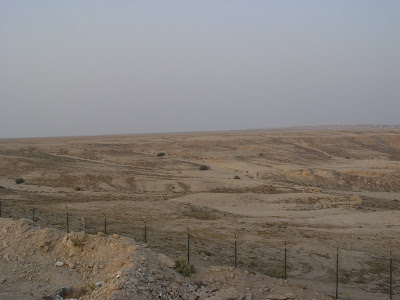 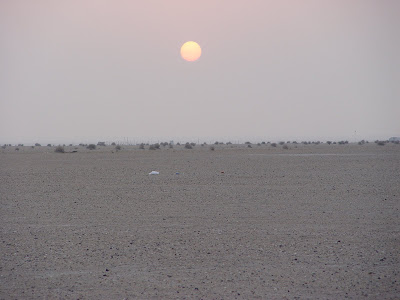 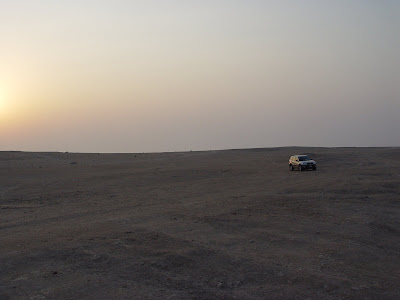 With regard to the crescent, I have to admit I never discovered it. I took pictures with a high-resolution camera and tried to blow them up on my laptop later, but there did never anything resemble the sickle of the new moon. One can get an impression of what we are talking about when looking at the crescents of the new moon on the interesting webpage moonsighting.com.
This year, Ramadan 1 will inevitably fall on September 1, because the crescent will not be visible before then. The month of Sha'aban started with a solar eclipse and the re-occurrence of a lunar eclipse on August 16 means that the final day of Sha'aban will coincide with August 31. There will be efforts, however, to see the New moon on Shaba'an 29, of course. 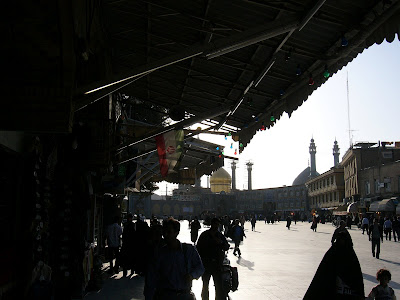 The State of Kuwait follows by and large Saudi Arabian authorities in defining the beginning of a new month. But there are differences. In Iran, Ramazan usually starts one day later. And so will Eyd-e Fetr. I visited the country several times on the occasion of the Holiday of Breaking the Fast when it was still Ramazan in Iran. I remember a trip through Central Iran in 2005. I arrived in Qom in the late afternoon. I had chosen the very simple Aria-Hotel close to the Hazrat-e Masumeh with its Holy Shrine. It was okay, but I did not expect to get a breakfast the next morning. So, after sunset, I strolled through the small bazaar and searched for dates, chocolate, and some bread. But they served breakfast in the morning! All guests were, after all, travelers, and hence no fasting was demanded. Unthinkable in the much more conservative Kuwait! But times will change even there, I suppose. 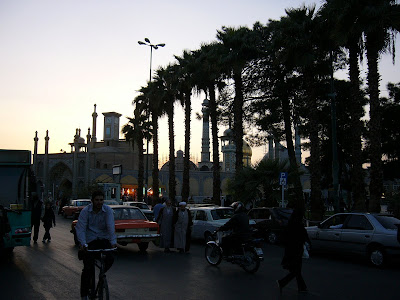 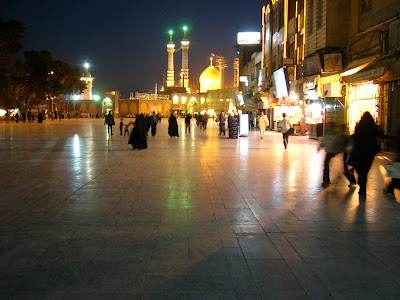 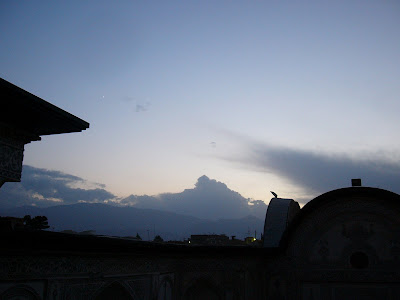 So, Ramadan Kareem! And have a blessed and most spiritual time, wherever you are!
Posted by Muller at 00:05

Your blog is Owsome. This is very nice and informative blog. Ramadan Dua Day 14