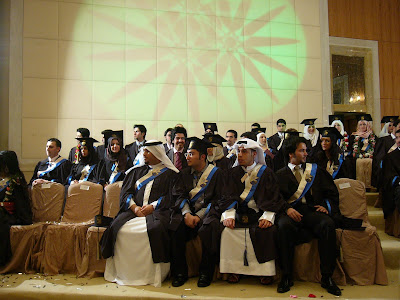 “Finally, one of the biggest hurdles in my dental education has been passed, literally passed. Next year, I’m off to fourth year, seeking higher education, which, according to the Monthly Dose (all rights reserved) leads to a faster mental decline. Well I’m willing to take the risk. What ever happened in the last three years of my “higher education” already did its damage. What happened exactly that led to my “mental decline”?

First of all, entering this University a year earlier started it all. I should have taken that extra course of physics in my school. Then maybe I would have gotten a C+ instead of a D+. Or maybe it was the fact that I really never had anything as hard as a college course. In school, all we had to do is answer all the past papers from 1988 to 2004 and you can guarantee yourself a B. However, attempt this here, no higher than 59% meaning you won’t pass. Another thing that helped was in the second stages of the exam (AS levels), an 80% was an A, but in our college, an 80% is a B-.

Next point, late night studying up to midnight, and two in the morning for physiology increased the amounts of antioxidants within me as I was awake (and when you’re awake you breathe at a faster rate, using more oxygen, producing more reducing equivalents, transporting them through the electron transport chain, releasing more oxygen radicals). Without the proper nutrients, the process of removing these antioxidants is impaired, and no-one during exams ever receives the proper dosage of vitamin C and E as they are low in Burger King’s burgers, Instanbuli’s sandwiches, Batriq’s meals, Starbucks’ mocha frappuccinos, BaskinRobins’ milkshakes and Snicker bars.

Due to the excessive late night studying, this decreased the available time to go out and have a little fun. Hence, the level of relaxation decreased, also decreasing the time available for the body to relax. This impairs the body’s immune system, which increases the risk of infection, which increases the stress and decreases relaxation time, which leads to an impaired immune system. It’s what’s known as the “Vicious Cycle of the Ill”. The only time when I actually go to have some fun is when my friends from Canada, Ireland, and America come to Kuwait, which always ends up being near my exams, or on my exams, or even worse, on the day of my finals. So I take a day to “relax” but truth is told, I’m thinking about what I just did. I took a day off from studying subject X, to have some fun to clear my mind… of what I just studied. Hence, having “fun” during your study-leave actually leads to forgetfulness. That’s why I only manage to get a C+ in subject X.

Note that the previous “activities” I mentioned I was obliged to do in order to pass third year. Other activities I decided to undertake were working for KDSS. Such activities decreased time for relaxation and if you go back to the previous paragraph, you’ll know what will happen, so no need to repeat myself, because if I do, I will be wasting time and energy which I can use to do something useful like have some “fun”.

Well, I’ve almost finished dentistry, almost going to specialize, and almost going to have some fun until I realize I’m a 24-year-old graduate who looks like he is in his mid 40’s.”

Great article, Ahmed. I definitely know that dental students in Kuwait are most diligent and eager but also have a lot of fun. I have seen students from many countries, but those from the Middle East are among the best!

Hehe exactly what happened to me ;)