The Main Slaughterhouse in Shuwaikh 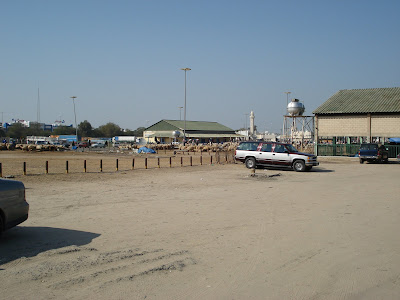 I eat meat, but I share an uncomfortable feeling that we are too distant from the realities of the living creatures that give up their lives. We were all healthier before we started eating so much meat so often.

Well, I do. My strong opinion is when it comes to killing an animal, it doesn't make too much of a difference. And I learned a lot when discussing this with Dr. Refat. Ritual slaughtering, by the way, should prevent the mass killing of animals. And I fully underscore your last sentence. But this is a development after WWII, and in 'rich' societies only.