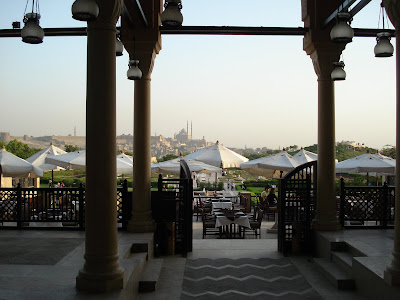 In the very heart of Cairo’s noisy and heavily polluted center, an unexpected oasis has been created, as is featured in this month’s issue of Saudi Aramco World, a daring green experiment linked to Cairo’s past. It is located on the site of a vast rubbish dump where for more than five hundred years residents had tossed away their garbage. The park is a marvelous gem, an Islamic garden, and Cairo’s green lung. The Aga Khan, Imam of the Ismaili muslims with family ties to Cairo’s Fatimid Dynasty of the 10th century, has been a main sponsor of the project. Work commenced in 1997, and in 2004 the park received its first visitors.
It is amazing to read what the team of Egyptian, French, Italian, and American architects, engineers, and landscape specialists and horticulturalists uncovered when digging in the thirty meters of rubble. 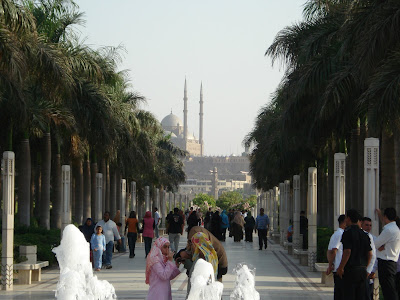 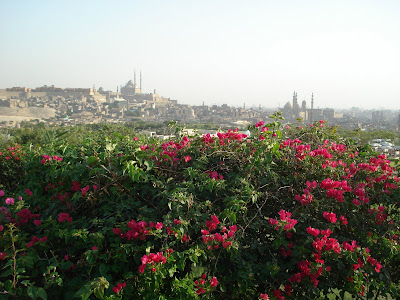 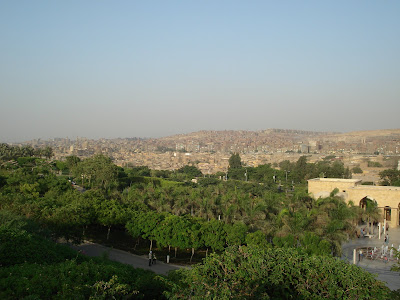 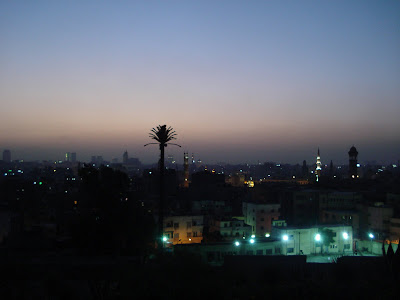 It's such a nice place