I haven’t posted here for a long time (but see my other posts at Freelance where I have been pretty busy in recent months). It was mainly the Iranian election with its outcome (not surprising) and the turn into a police state afterwards. The Iranian people have a tough time right now. I have seen the new cabinet suggested to President Mahmoud Ahmadinejad the other day in a picture (they have to be approved by the majlis, but God forbid!). To be honest, none of them looks trustworthy. One is even wanted by Interpol. It’s a shame, but maybe the good people there (are there?) will reject the proposal in total.

I have received a disturbing email from Iran as a response to my Ramadan Kareem greetings wanting me to pray for the people there. I will try to do that by posting another series of pictures of holy places, this time in Shiraz, the city of nightingales and roses, poets and poems, vine and paradise gardens, and beautiful girls. This post is dedicated to the friendly people in Iran and in particular to the great hospitality of Nilo and Maryam who I have met in Esfahan on last year’s Christmas Day. Nilo had shown me the way to the Vank church in the Armenian quarter where she also wanted to pray since she (as a Muslim) loved Jesus so much.

Well, when in Shiraz in 2006 (please see also my previous posts on this blog on Persepolis, the paradise gardens and Masjed-e Vakil) I came across three posters (among pictures of modern idols such as movie and pop stars) which had been attached to a fence. It showed Jesus offering His heart, and the Virgin Mary with a Baby Jesus and a lamb. Leonardo’s Holy Supper I found only later (left) when more closely inspecting the photograph. You can imagine how emotional such a sudden and unanticipated encounter can be in a Muslim country, in fact, the only Islamic Republic so far.

I had been invited by the organizers of an international conference and was stunned again by the great hospitality of my hosts. I was assigned to a guide, a beautiful young lady and former student, who introduced herself “to make things easier, my name is Kathy”. Of course, the organizers had orders not to let me stray alone through Shiraz and Katajoun did her best to show me the most significant sights in her home city. We visited the gardens and parks, and Shah-e Charagh, when she called a male student to guide me in since she didn’t want to wear the obligatory chador.

I sometimes managed to escape to do my own studies. The onion-shape tile-decorated domes of the numerous mosques in Shiraz resemble in their colorfulness Fabergé eggs. I watched a funeral where the coffin of the deceased was quickly transported from the mosque to the cemetery. Shiraz is home of Iranian Shi’ites' most holy places, the tombs of close relatives of Imam Reza who had found refuge after persecution in the aftermath of the poisioning of the Holy Imam in the 9th century. His tomb is found in the northeastern corner of Iran in the holy city of Mashhad. I had joined, in 2006, a group of Kuwaiti pilgrims and have reported several times about my impressions and emotions on this blog.

Seyyed Mir Ahmad was a brother of Imam Reza. He died in Shiraz in 835 CE and his remains are housed in the mausoleum of Shah-e Charagh. I suppose that the present complex is Safavid (17th century?) but the first mausoleum erected there is much older. The courtyard is a most pleasant place, peaceful and busy with the faithful, even pilgrims, pouring in and preparing for visiting the shrine inside the mausoleum. At the southeastern corner of the courtyard lies the mausoleum of a brother of Ahmad, Seyyed Mir Mohammed who also died in Shiraz.

The Imamzadeh of Hazrat Shah Mir Ali Hamza is another holy site in Shiraz. The tomb contains the remains of a nephew of the 7th Imam Musa al-Kazim, father of Imam Reza. The courtyard is covered by tombstones since the faithful hope for a better afterlife in the vicinity of the relatives of the Holy Imams.

In 2004, I went as a tourist to Shiraz, mainly to visit Persepolis. My Esfahanian friend Ehsan joined me on the trip and we went also to the Zagros mountains and visited a famous spot there, the mighty Margoon waterfalls. We joined a group of students and were invited for a delicious picnic of kebabs. Ehsan and I later attended a performance of Shakespeare’s A Midsummernights Dream. Unexpected, sudden, and highly emotional. The theater was filled with the people of Shiraz, men women and children of all ages. The female actors wore wigs instead of the hijjab. Sometimes, 30 people were on the stage. The play was given in Farsi, and Ehsan had only eyes for one of the actresses he had fallen in love with just before the performance when he had met her in my hotel and had been invited to the act. Miraculous Iran! But these days are definitely over, I am afraid. Iran might turn into a military dictatorship or police state, again God forbid! 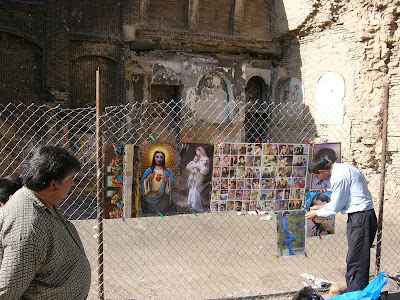 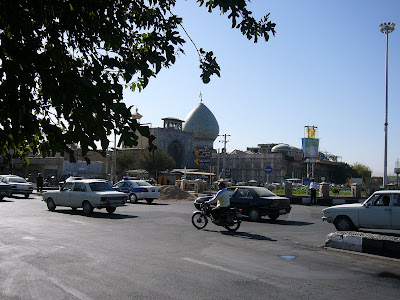 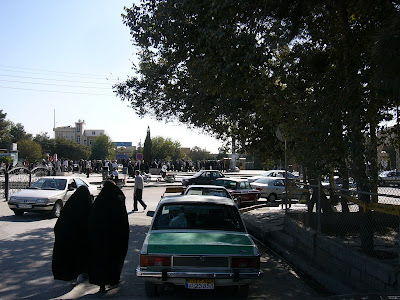 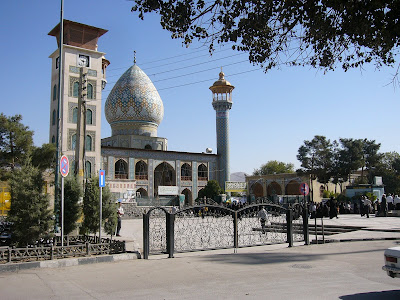 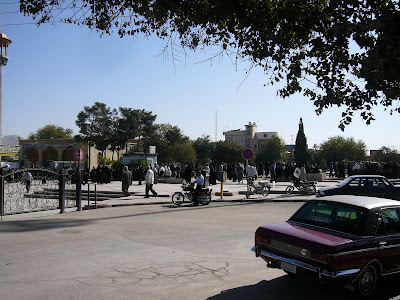 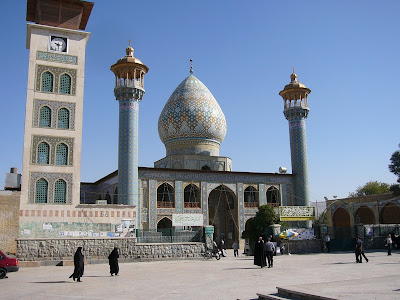 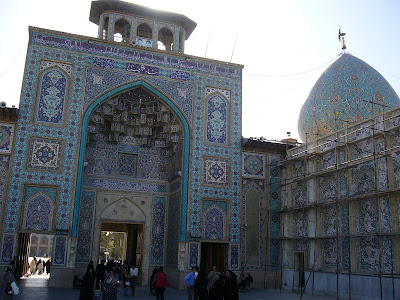 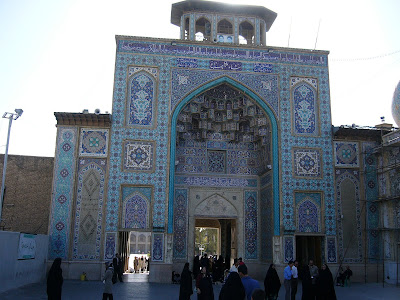 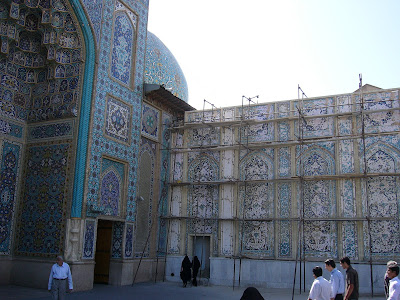 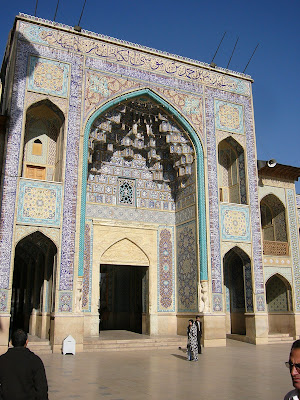 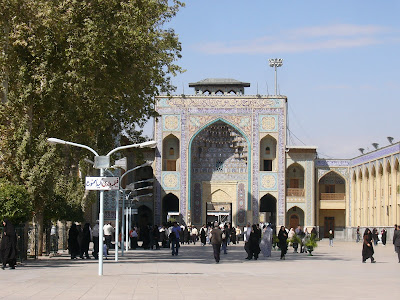 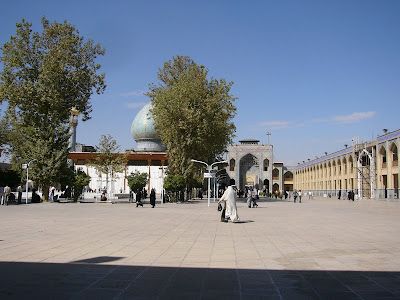 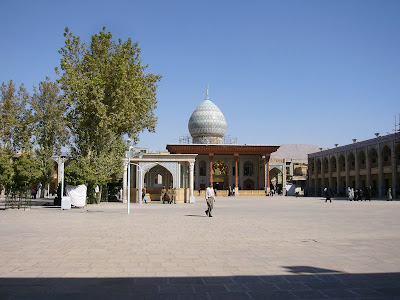 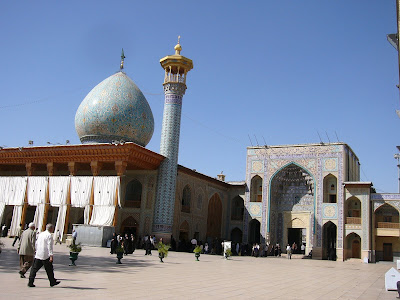 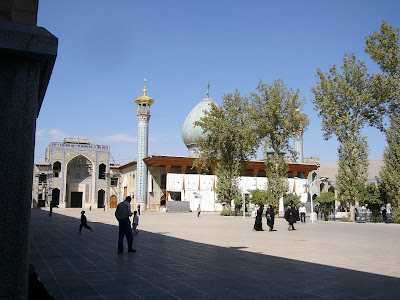 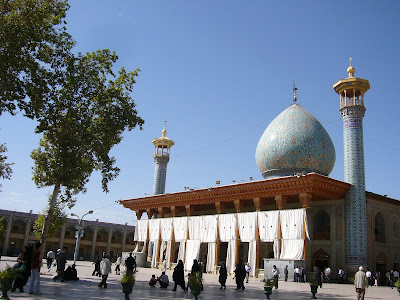 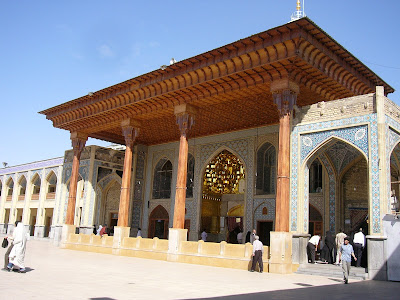 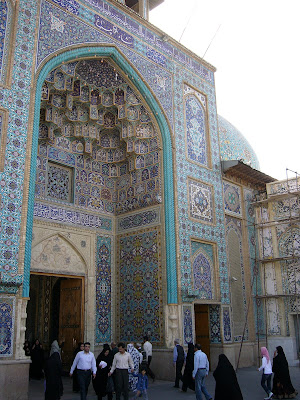 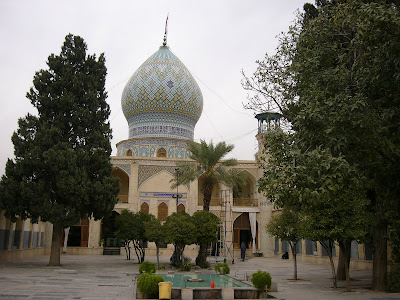 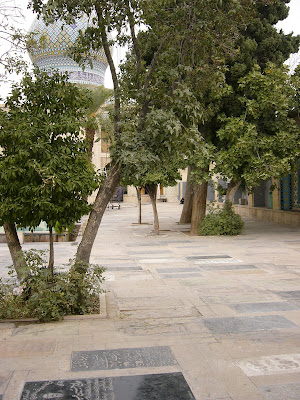 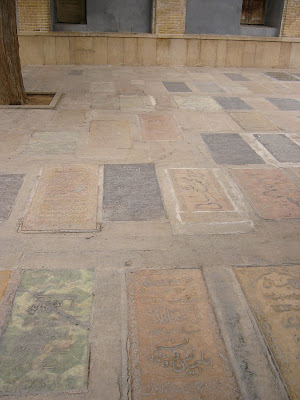 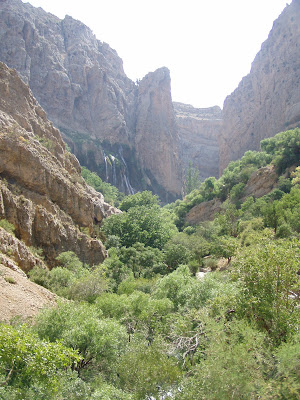 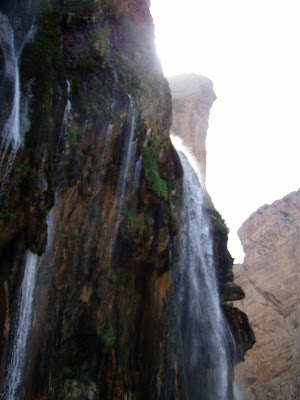 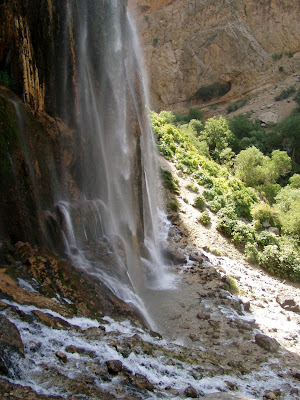 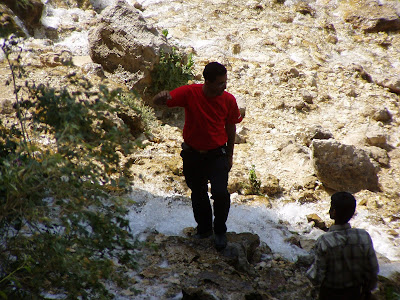 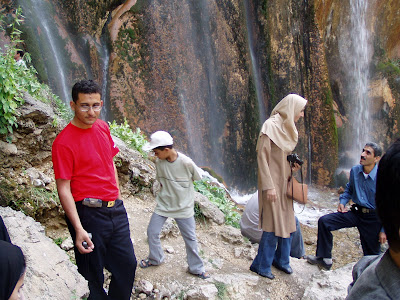 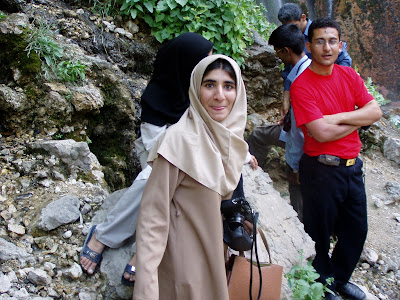