In previous postings I have outlined that the real origin of the three current monotheistic religions, Judaism, Christianity, and Islam (another one is Manichaeism of antiquity, which has vanished), most probably lies in Zoroastrian Persia of the 6th and 5th century BCE. Eurocentric humanists have always looked at the Greek achievements during that time with great admiration. It was a time of tremendous development of Science, Philosophy, and Art. In the East, Siddharta Gautama Buddha (ca. 563-483 BCE) abandoned his earthly body and entered Parinirvana, and Confucius taught his philosophy in China.
However, it was the dynasty of the Achaemenids who, during these years, erected their true World Empire. While seated mainly in the province of Fars in southern Iran, they tried to secure the periphery of the then known world by relative tolerance in religious matters and several military campaigns towards Egypt, Greece, the Scythians, and India. Their main capital was Pārsa, and the Hellenistic World called it Persepolis. It is said that Persepolis was the most beautiful city of the world, Built by Darius the Great in about 515 BCE, it was looted in 330 by Alexander’s troops and later burnt, most probably in revenge for the destruction of the Acropolis of Athens by Xerxes about 150 years earlier. That was the end of the Achaemenian Empire. But Persian History went on, of course. 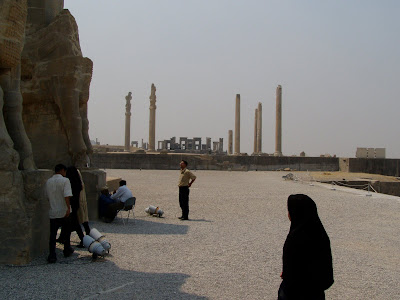 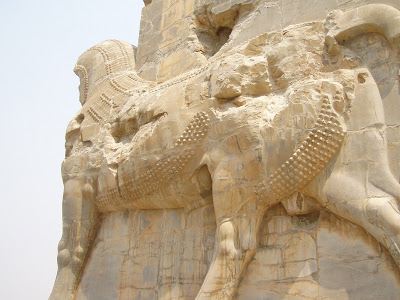 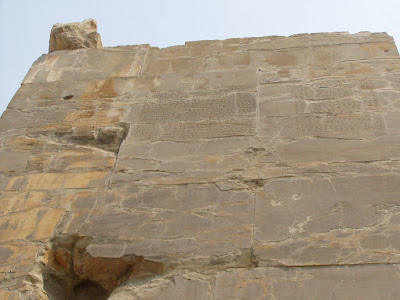 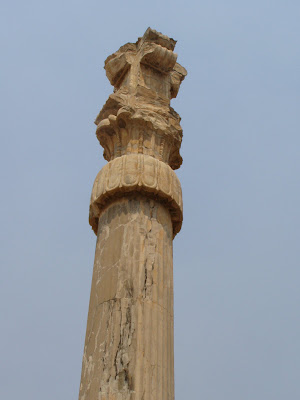 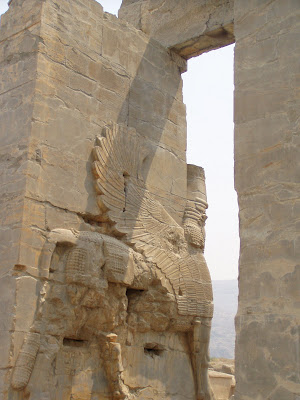 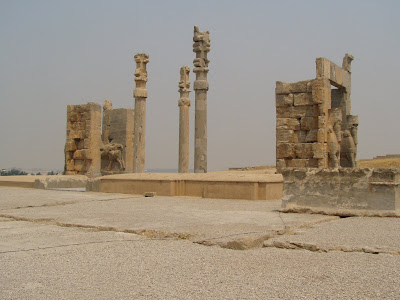 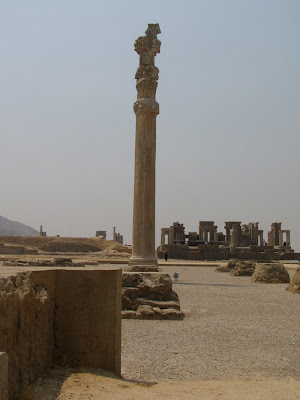 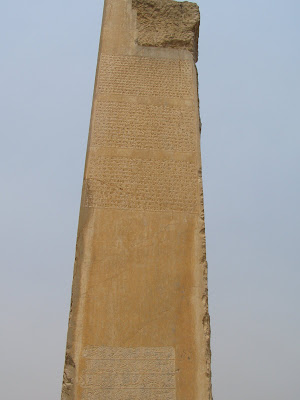 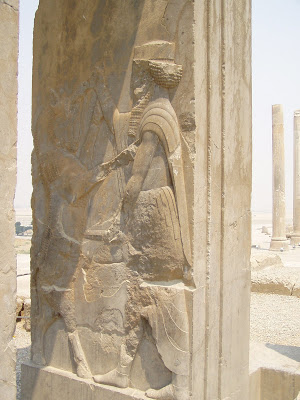 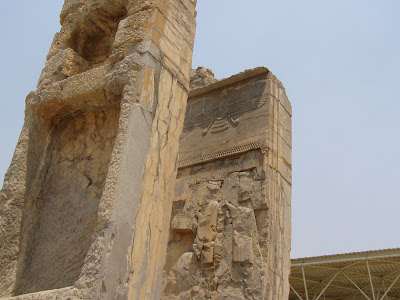 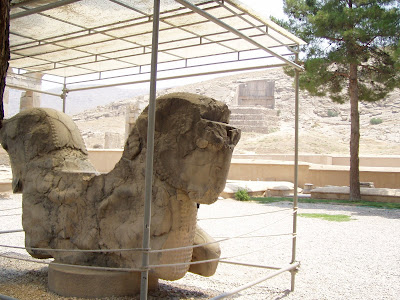 There was recently considerable concern with regard to plans of the Iranian Government to build a dam between the historical sites of Parsagadae and Persepolis which might result in flooding especially parts of the former. Construction of the dam has already commenced.
Posted by Muller at 09:46