A very dirty and depressing place. I wouldn’t recommend Souq Al Gamaal for a visit. We saw the pyramids when passing Giza to go north of Cairo. When we approached the site in Birqash, we saw dozens of decomposing bodies of camels, cattle, sheep, on what was a giant garbage dump. Tourists had to pay for a ‘ticket’. Incredible. 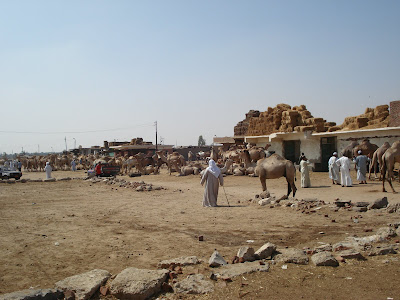 Camels had been carried from Sudan, I was told, to this horrible place. Their usual fate is to be slaughtered. In order to prevent their quick escape, their left foreleg was bound, so they could only jump a bit. Young boys and men beat the beasts all the time, without any reason. My driver asked for camel milk for his sick mother in hospital. They had to milk a camel, and Ahmed was happy when he finally got the container with the milk. 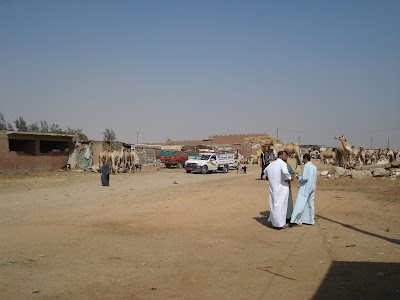 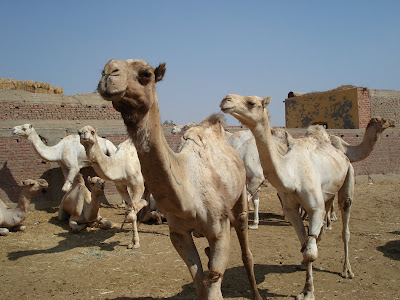 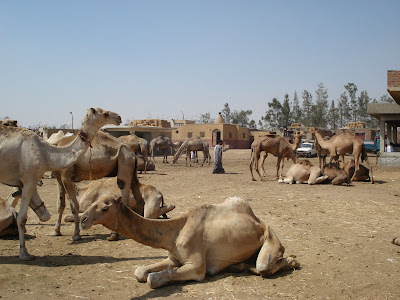 I spent some time with a “sheikh”, who supposedly was the boss of all of this. He showed me a year 2000 copy of a German magazine about Cairo where he and the camel market in Birqash had been featured. He was the owner of a unique cowhide made of buffalo skin. Only his son owned a similar piece, he told us.

I found this video about the camel market on the internet.

must have been very smelly!