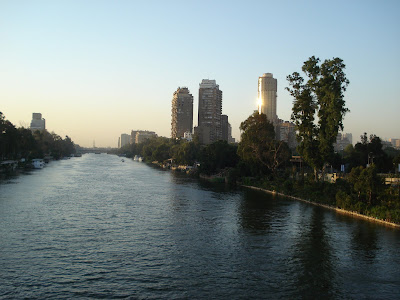 Well, I wasn’t in Giza. It was too hot in Cairo last week and the prospect of lining up in endless queues in the burning sun, hefty gate-money, claustrophobia, and, in particular, simply too many tourists prevented me from visiting. I have seen the Fab Three from the car when passing Giza on my way to another “exotic” place outside of Cairo, Birqash with its horrible camel market (I will report later), and the proximity of the pyramids to residential areas was in fact amazing.
No, we went to Saqqara and Dahshur, further to the south. Saqqara is home of the first stone monument, the Step Pyramid. Here also a life-size limestone sculpture of the Pharaoh Djoser was found, who governed the country 2650 BCE when Imhotep, his later deified architect built this ingenious pyramid (I suppose it took more than one year, but that was the information given) which originally was totally encased with limestone. His Step Pyramid is about 60 meters high. Few tourists were strolling around the complex, sometimes bothered by friendly Egyptian would-be-guides, but in general, it was a peaceful moment seeing what four-and-half-thousand years ago people were able to construct. 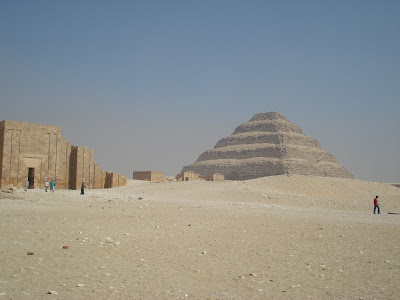 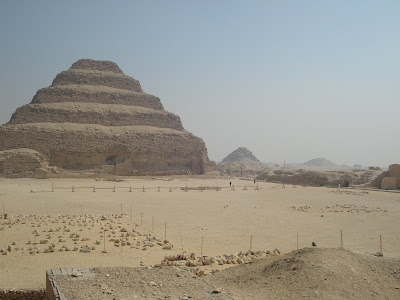 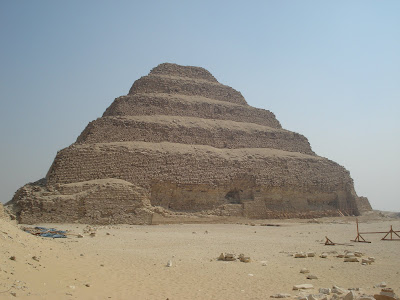 Djoser himself (or rather his sculpture) is sitting in the entrance area of the Egyptian Museum in Cairo and looks really a bit scary. 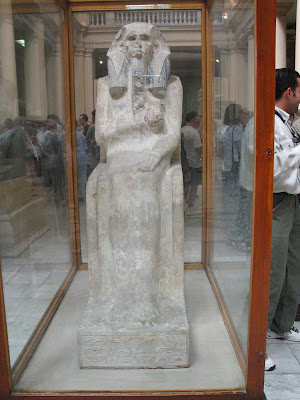 Not so well-done was another mound of rubble in the vicinity of the Step Pyramid, Userkaf’s Pyramid. But if you imagine that they also were encased in white limestone, you would agree, not too bad as a tombstone. 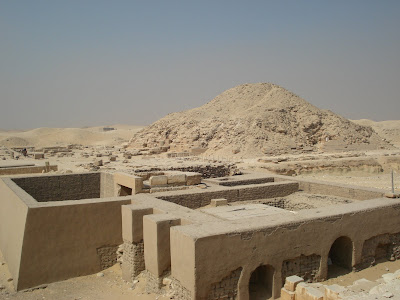 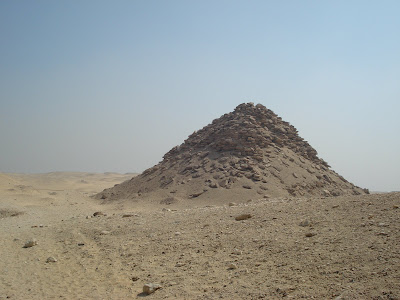 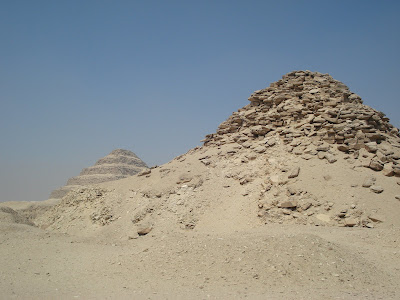 Further south of Saqqara, the wonderful Red Pyramid can be admired at Dahshur. With 105 meters height it is the 3rd largest true pyramid (after the two of Khufu and Khafre at Giza). The pyramid was created by the most prolific Pharaoh Sneferu (2613-2589 BCE). Most amazing was that there were only six people around, four of them tourists. The pyramid can be entered for free (except a little baksheesh for an unofficial local who was sitting at the entrance in the middle of the northern face). Claustrophobia after about 35 meters in the extremely cramped and steep passage prevented me to go further. No problem, I had forgotten a torch anyway. 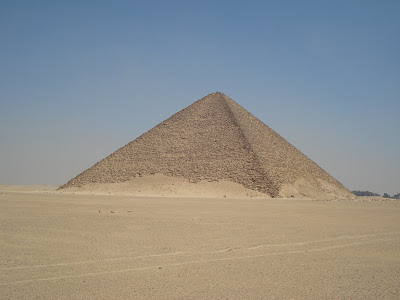 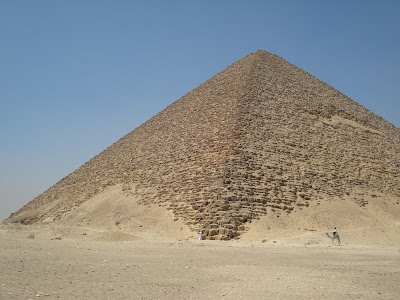 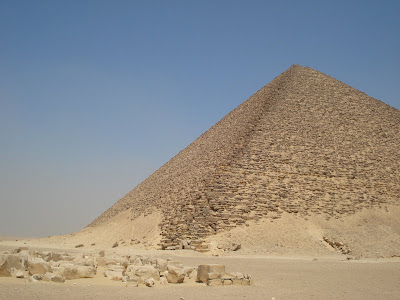 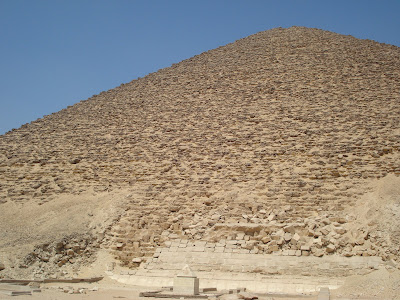 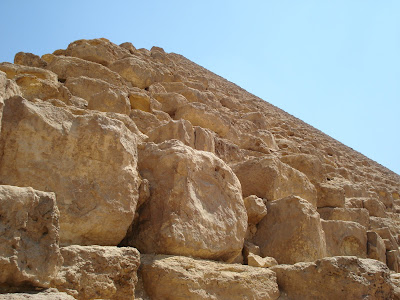 Pharaoh Sneferu tried several pyramids. One attempt, the Bent Pyramid, started at a steep angle of 54 degrees but when it became unstable in the middle of the construction, the architect decided to continue at 43 degrees. It somehow spoilt the overall picture, but imagine! How much work for so many people! An even greater failure represents the Black Pyramid east to the Bent Pyramid, which left, after collapse in medieval times, only a tower-like structure. The latter could not be approached since they lie in a militarized zone. 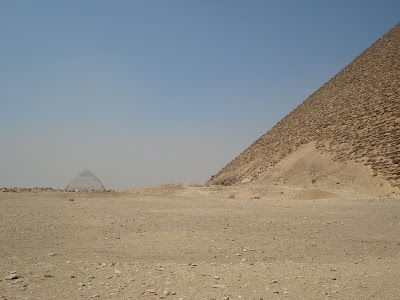 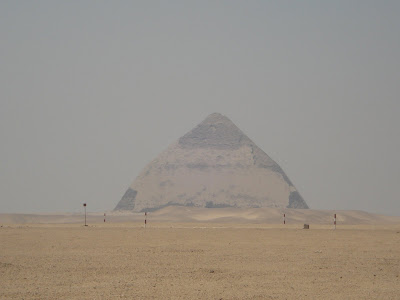 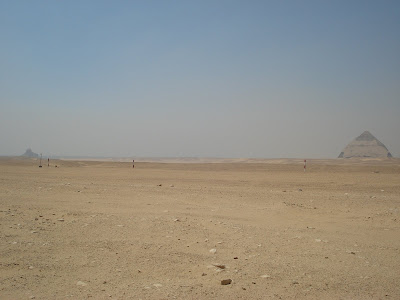