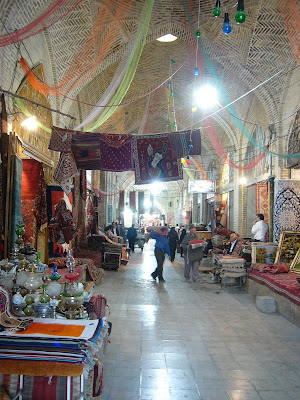 Masjed-e Vakil, close to one of the entrances of the bazaar-e vakil, was built in 1773 by Shiraz’ wise and modest ruler Karim Khan. Most of its decoration, though, was added in the later Qajar period. It is one of Shiraz’ gems. The colors interchange between light blue, pink, red and yellow and floral motifs predominate. The mosque expresses a serene but cheerful, almost Mediterranean, atmosphere. The stained glass windows yield incredible plays of light in the alcoves and porches surrounding the courtyard. 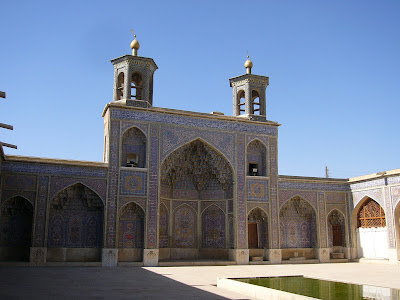 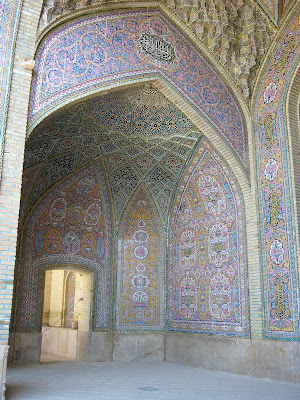 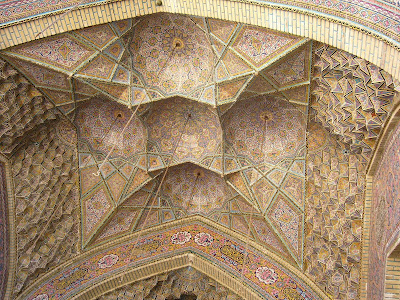 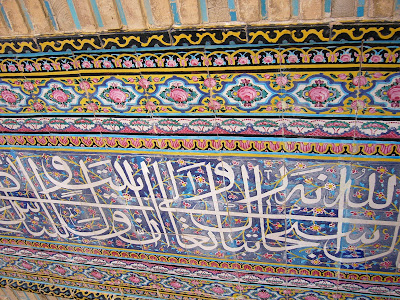 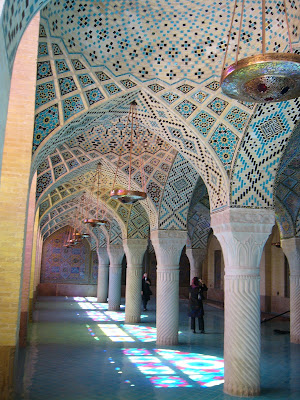 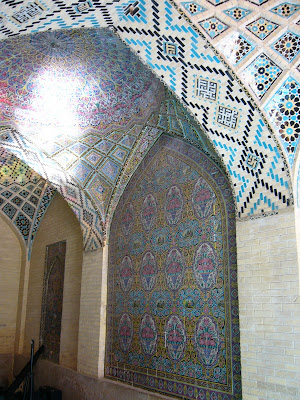 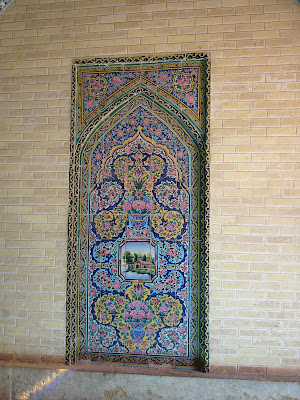 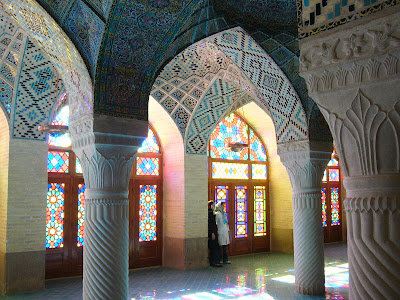 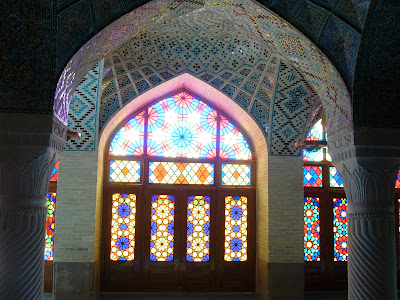 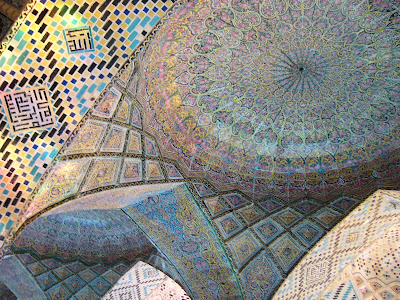 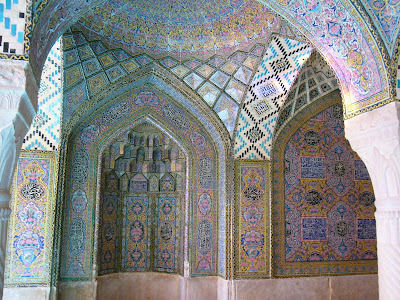 Sadly, your beautiful photos are probably as close to visiting Iran as I will ever come. What fabulous, intricate design! I love the spaces, and the ceilings . . .