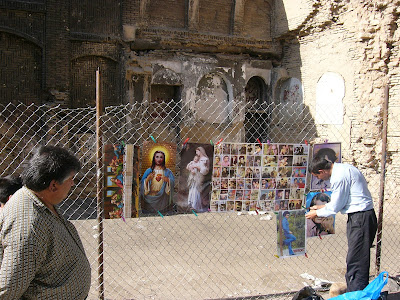 For the second time since 2006/07 I am spending Christmas and New Year in Iran. The last time, I joined a group of Kuwaiti pilgrims who visited the city of Mashhad on a pilgrimage to Imam Reza’s holy shrine. For me, it was a time of spirituality, good feelings, great Iranian and Kuwaiti hospitality, friendship, adventures, new insights in the semi-tribal life of the Baluchi people, and so much more. And, of course, an inevitable but failed attempt of an Iraqi Seyyed of converting me to Islam. I have reported about this wonderful, in fact even miraculous, journey to Khorasan in the northeastern corner of Iran somewhere else in my blog. 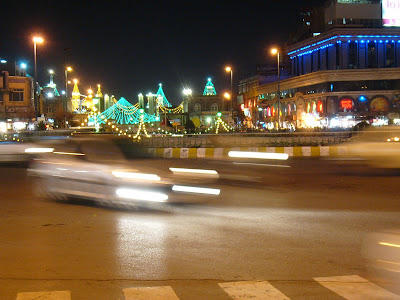 The Astan-e Qods Razavi was, by the way, decorated and illuminated because of Eid-e Ghorban. That Saddam had been hanged in Baghdad early in the morning added, of course to the overall happiness of Kuwaitis, and Iranians as well.

This year, I hope to participate in the Christmas mass in Esfahan’s marvelous Vank Cathedral in the Armenian Quarter. Among the three minority religions officially recognized by the Islamic Republic, Christianity comprises the largest community with about 300’000 believers. There are only 35’000 or 60’000 Zoroastrians left, and between 20’000 to 30’000 Jews have still decided to stay. 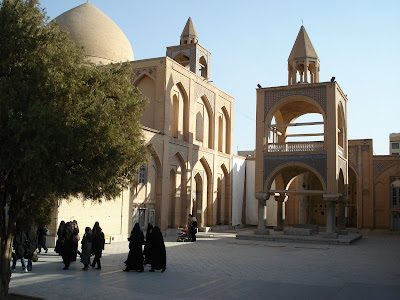