The Farewell Sermon of the Prophet of Islam (S.A.W.) 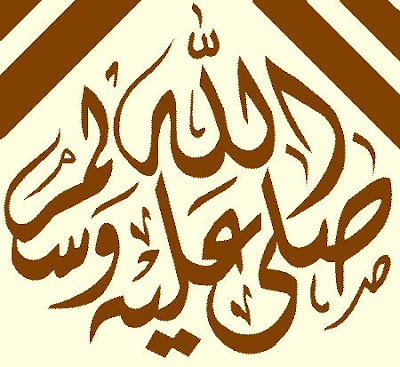 I was sitting in an airplane of Saudi Arabian Airline. It had turned out to be extremely difficult for me, the infidel, to get the visa for the, at least for foreigners, isolated country of Islam. Countless times I had to go to the Saudi Arabian consulate in Jabriah. I spent endless hours there and was usually treated in an unusual rude and impolite way. “The organizers will inform us if you are welcome!” I was told. “Come next week!” The organizers were the Saudi Arabian Association for Dental Research who had just started another attempt of organizing an annual meeting of the country’s dentists. Having lived and worked for a couple of years in Kuwait, I became more than curious to see whether they were interested in my research, too. Our Dean and my friend and colleague from Jordan wanted to accompany me. She also wanted to go to Makkah for Umrah, the lesser pilgrimage, but that was immediately declined by the authorities at the consulate. No way. Dhu al-Hijjah was coming soon, and the country was flooded with pilgrims from all over the world.

I was finally told that I was ‘welcome’. The organizers had even paid for the return ticket. My previous suggestion, going by car to Riyadh, was turned down and in fact considered ridiculously weird. “No way! Only families can drive by car in Saudi Arabia. You are a single!” And an infidel, but he didn’t speak out.

The glossy airline magazine had picked-out the upcoming holy month as the main issue, of course. Never, I read, had the air been so spiritually charged than when the Holy Prophet of Islam (s.a.w.) had decided to give his Farewell Sermon at Mount Arafat in the year 10 AH, after having conducted his first and final pilgrimage to Makkah and the Ka'aba. 114’000 Muslims, it is said, were listening to his words which had to be repeated sentence by sentence by his companion Rabiah who had a powerful voice. The sermon was as follows:
"All praise is due to Allah, so we praise Him, and seek His pardon and we turn to Him. We seek refuge with Allah from the evils of ourselves and from the evil consequences of our deeds. Whom Allah guides aright there is none to lead him astray; and there is none to guide him aright whom Allah leads astray. I bear witness that there is no God but Allah, the One, having no partner with Him. His is the sovereignty and to Him is due all praise. He grants life and causes death and is Powerful over everything. There is no God but Allah, the One; He fulfilled His promise and granted victory to His bondsman, and He alone routed the confederates (of the enemies of Islam).

O’ People! Listen to my words, for I do not know whether we shall ever meet again and perform Hajj after this year. O’ Ye people! Allah says, O’ people We created you from one male and one female and made you into tribes and nations, so as to be known to one another. Verily in the sight of Allah, the most honored amongst you is the one who is most God-fearing. There is no superiority for an Arab over a non-Arab and for a non-Arab over an Arab, nor for the white over the black nor for the black over the white except in God-consciousness’.

All mankind is the progeny of Adam and Adam was fashioned out of clay. Behold; every claim of privilege whether that of blood or property, is under my heels except that of the custody of the Ka’aba and supplying of water to the pilgrims, O’ people of Quraish, don’t appear (on the Day of Judgment) with the burden of this world around your necks, whereas other people may appear (before the Lord) with the rewards of the hereafter. In that case I shall avail you naught against Allah.

O’ people! Verily your blood, your property and your honor are sacred and inviolable until you appear before your Lord, as the sacred inviolability of this day of yours, this month of yours and this very town (of yours). Verily you will soon meet your Lord and you will be held answerable for your actions.

O’ people! Verily you have got certain rights over your women and your women have certain rights over you. It is your right upon them to honor their conjugal rights, and not to commit acts of impropriety, which if they do, you are authorized by Allah to separate them from your beds and chastise them, but not severely, and if they refrain, then clothe and feed them properly.

Behold! It is not permissible for a woman to give anything from the wealth of her husband to anyone but with his consent. Treat the women kindly, since they are your helpers and not in a position to manage their affairs themselves. Fear Allah concerning women, for verily you have taken them on the security of Allah and have made their persons lawful unto you by words of Allah.

O’ people! Allah, the Mighty and Exalted, has ordained to every one his due share (of inheritance). Hence there is no need (of special) testament for an heir (departing from the rules laid down by the Shari’ah). The child belongs to the marriage-bed and the violator of wedlock shall be stoned. And reckoning of their (deeds) rests with Allah. He who attributes his ancestry to other than his father or claims his clientship to other than his master, the curse of Allah is upon him.

Nothing of his brother is lawful for a Muslim except what he himself gives willingly. So do not wrong yourselves.

O’ People! Every Muslim is the brother of every other Muslim, and all the Muslims form one brotherhood. And your slaves; see that you feed them with such food as you eat yourselves, and clothe them with the clothes that you yourselves wear.

Take heed not to go astray after me and strike one another’s necks. He who (amongst you) has any trust with him, he must return it to its owner.

O’ people! Listen and obey, though a mangled Abyssinian slave is appointed your Amir, provided he executes (the Ordinance of) the Book of Allah among you.

O’ people! No Prophet would be raised after me and no new Ummah (would be formed) after you.

Verily I have left amongst you that which will never lead you astray, the Book of Allah, which if you hold fast you shall never go astray.

And beware of transgressing the limits set in the matters of religion, for it is transgression of (the proper bounds of) religion that brought destruction to many people before you.

Verily, the Satan is disappointed at ever being worshipped in this land of yours, but he will be pleased by obedience in anything (short of worship that is) in matters you may be disposed to think insignificant, so beware of him in your matters of religion.

Behold! Worship your Lord; offer prayers five times a day; observe fast in the month of Ramadhaan; pay readily the Zakat (poor due) on your property; and perform pilgrimage to the House of God and obey your rulers and you will be admitted to the Paradise of your Lord.
Let him that is present, convey it unto him who is absent, for many people to whom the message is conveyed may be more mindful of it than the audience.

And if you were asked about me, what would you say?"
They answered, "We bear witness that you have conveyed the trust (of religion) and discharged your ministry of Prophethood and looked to our welfare."
Toward the end of his sermon, the Prophet asked “O people, have I faithfully delivered unto you my message?" A powerful murmur of assent “O Allah, yes!" arose from thousands of pilgrims and the vibrant words “Allahumma na’m” rolled like thunder throughout the valley. Thereupon Allah’s Messenger (s.a.w.) lifted his forefinger towards the sky and then pointing towards people said:

We landed in Riyadh, and a driver had already been waiting for us. He immediately realized that my female friend had been traveling without her husband. Thus, it was considered impossible that she had to take a taxi from her hotel to the conference hotel every morning. Without further ado she was ‘kidnapped’ and brought to the conference venue where she had to stay. I didn’t see her again during these days, only later after having safely returned to Kuwait. One reason for that was also the large black cloth which separated the ladies’ from the gents’ sides in the main auditorium. The latter was not illuminated and even from the podium not visible. I gratefully noticed that one female colleague was courageous enough to insist asking a more intelligent question after my presentation, and the chairman indignantly permitted her inquiry.
We left the country before Dhu al-Hijjah had commenced. The authorities wanted the numerous infidels who had been invited for guest speeches out of the country before the millions of pilgrims would arrive.

Coming back to the Last Sermon of the Prophet Muhammad (s.a.w.) I immediately had to think of the Sermon on the Mount delivered by Jesus (p.b.u.h.) as it is described in the Gospel of Matthew (5-7). There is, of course, a big difference, in particular as regards the revolutionary ethics of the latter. Read, for example, about the love for enemies (Matt 5: 43-48):

43 "You have heard that it was said: 'Love your neighbor and hate your enemy.'
44 But I tell you: Love your enemies and pray for those who persecute you,
45 That you may be sons of your Father in heaven. He causes His sun to rise on the evil and the good, and sends rain on the righteous and the unrighteous.
46 If you love those who love you, what reward will you get? Are not even the tax collectors doing that?
47 And if you greet only your brothers, what are you doing more than others? Do not even pagans do that?
48 Be perfect, therefore, as your heavenly Father is perfect."

Can there be a better motto for the upcoming holiday season for both Christians and Muslims? For all my Muslim friends and colleagues, blessed and most spiritual holidays!

Thanks a lot! And the same to you!

This was an amazing post! I am sorry I missed it when it was posted. I love the comparison between the Sermons on the Mount.