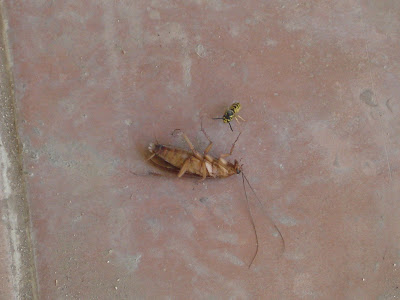 Older than what is now visible in Esfahan’s Great Mosque (although the first mosque there was built in the 7th century) is what has remained of the Jurjir Mosque. The fragmentary façade of the Jurjir Mosque had been discovered during restoration work at Masjed-e Hakim in 1955. The fragment had been hidden for centuries behind a mud wall. The beautiful Hakim mosque itself is a Safavid mosque from the 17th century. 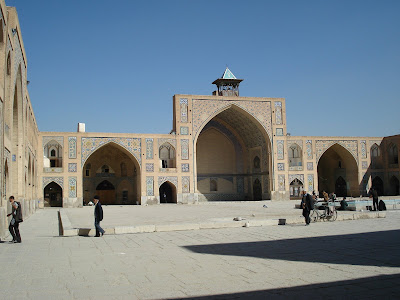 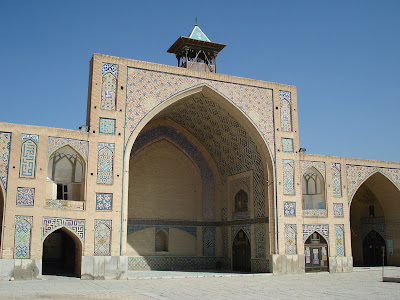 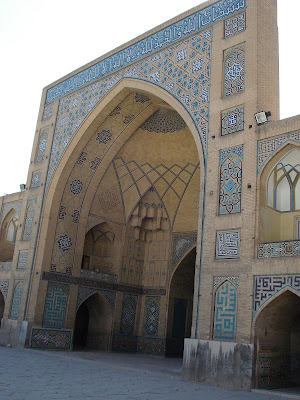 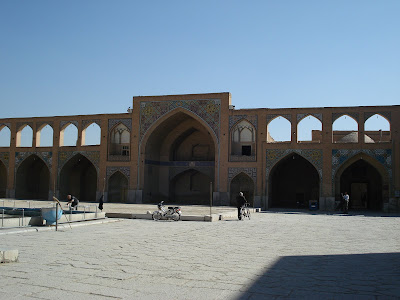 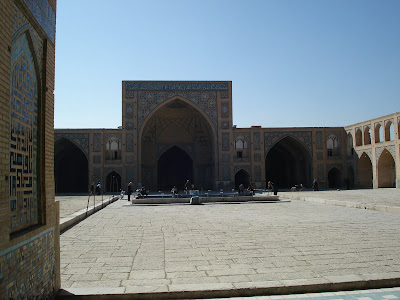 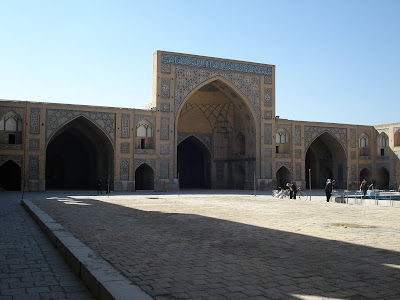 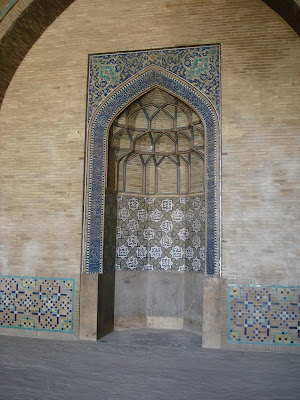 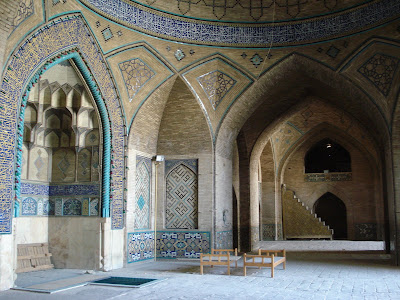 The Jurjir façade is the only remains of a 10th century mosque which was commissioned by the Buyid (Buwayhid) vizier Al-Sahib ibn Abbad (d. 995), a Mutazilite scholar. The Buyid Dynasty, who ruled in Iraq and Iran, effectively brought the Abbasids era in Baghdad to an end. Although the Abbasids retained the caliphate, they were deprived of all secular power. Buyids were originally Zaydi, or Fiver Shi'as. They later began to lean closer to the nowadays dominating Twelver Shi'a branch of Islam. In general tolerant in religious matters, the Buyid rulers in Baghdad even employed Christians for administrative tasks. Science once again culminated during the late 10th and early 11th centuries under the Buyid rule. Eminent mathematicians were, for example, Abūl Wafā' Būzjānī (d. 998) and Omar Khayyám (d. 1122) who conveyed, in so-called conversazioni, their knowledge to architects and artisans committed to building and decorating the religious and secular buildings.

Similar as on the court façade of the congregational mosque in Na’in (I will report on that later), the typical Buyid decorative technique can be seen on the portal. Small bricks are used to form a geometric relief of lozenges, diamonds and other geometric shapes. The entrance had been enlarged into a monumental portal. In the eastern Islamic world, the Jurjir is the first example of such a monumental portal on a mosque. 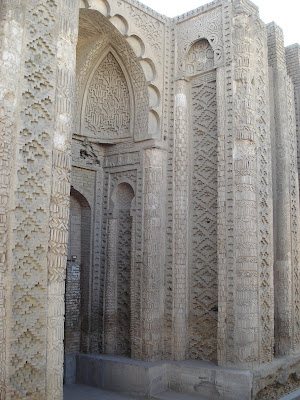 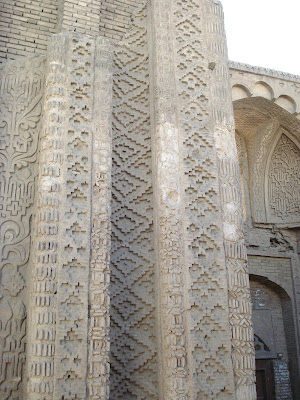 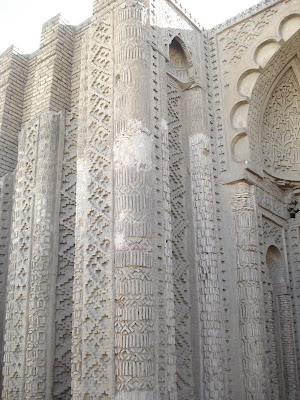 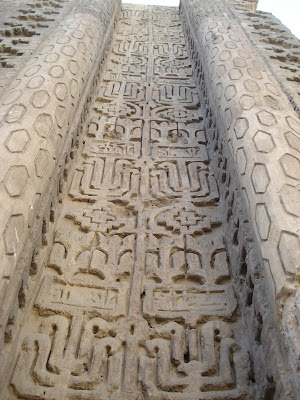 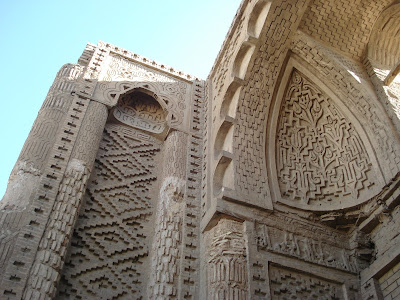 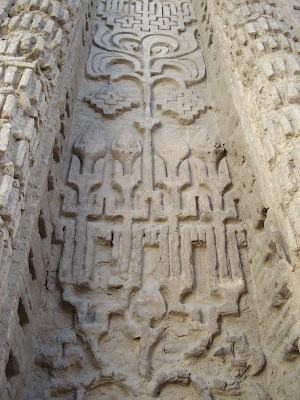