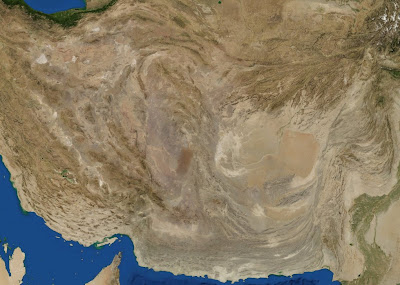 “You might see here landscapes you have never seen before.” My young friend Mojtaba, who had been waiting in vain for my return to Kashan in 2006, had emailed me pictures he had taken with other Westerners on trips to the desert and the Daryacheh Namak, the great salt lake northeast to the small desert city. That time, I couldn’t get a visa to Iran. I was still living in Kuwait and officers at the Iranian Embassy were not really friendly then. International tensions about Iran’s nuclear program, I had assumed.

When traveling to Esfahan this year, I planned a stopover in Kashan. I didn’t meet Mojtaba, but made new friends. Hami and his twin sister Hoda took me to Dasht-e Kavir, and in fact, I saw breathtaking sceneries very much different from the desert in Kuwait.

Dasht-e Kavir, the northern desert of Iran’s two major deserts (the other is Dasht-e Lut), is huge. It stretches about 800 km from west to east and is 350 km wide, making up altogether more than 77’000 square kilometers. We saw a few camels and traces of small animals. The Asiatic cheetah, which still lives in certain reservations of the Dasht-e Kavir, did not show. Although considered extremely arid, rain had fallen the previous night. So, the salt marshes were rather wet. What can be seen on one picture is salt, not an iceberg.

There is an old caravanserai at the southern shores of Daryacheh Namak, a lake of the size of Lake Constance in Germany. You may see it in the upper left corner of the satellite image above. We met a group of Iranians who also had chosen the holiday for a desert trip. Huge dunes and views into endless sand seas. Another group from Tehran had come with a bus. 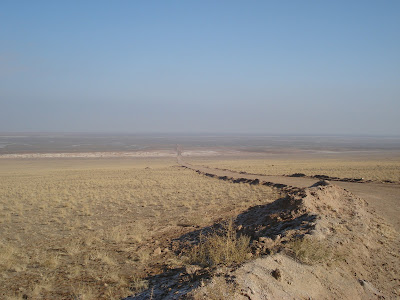 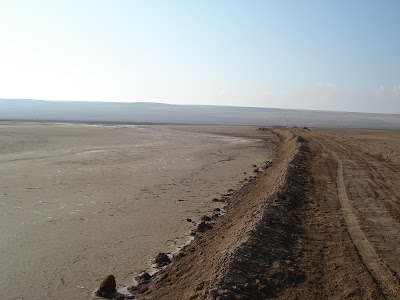 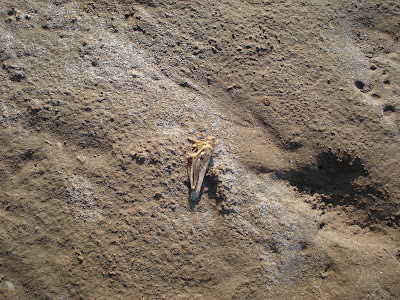 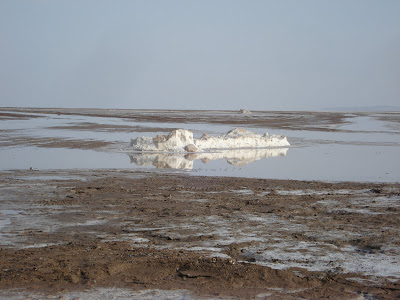 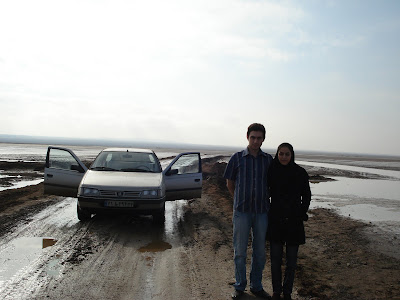 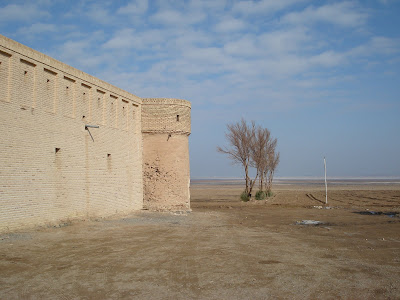 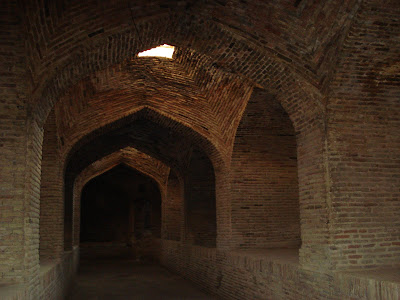 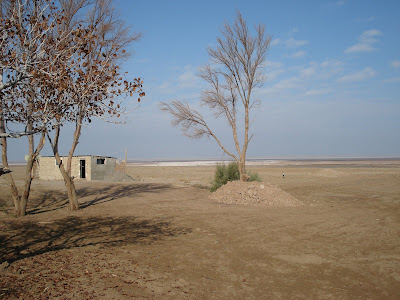 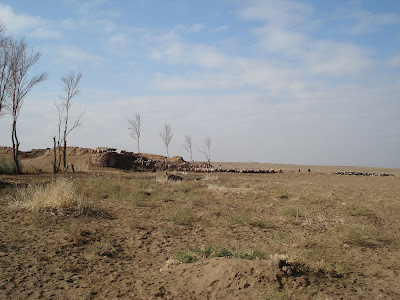 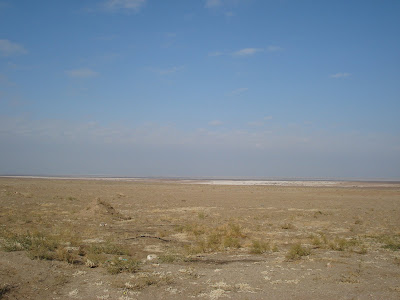 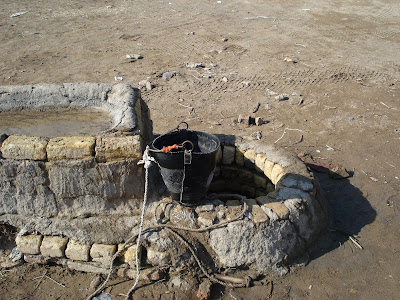 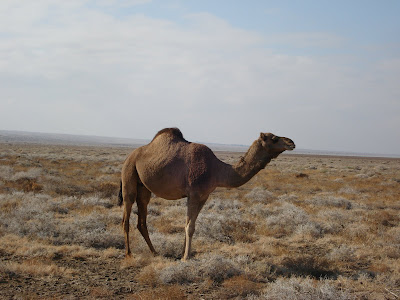 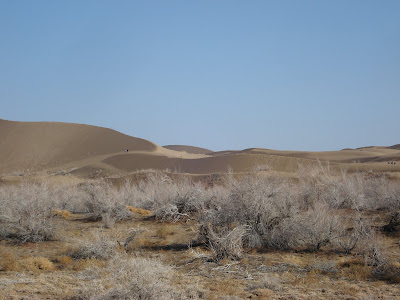 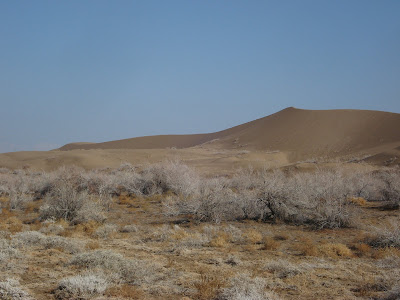 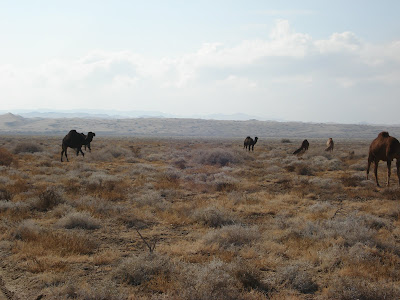 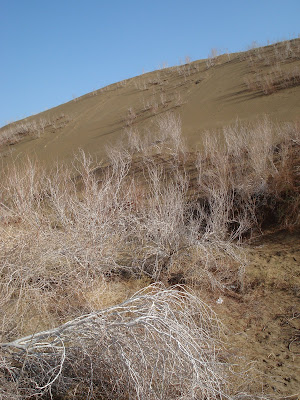 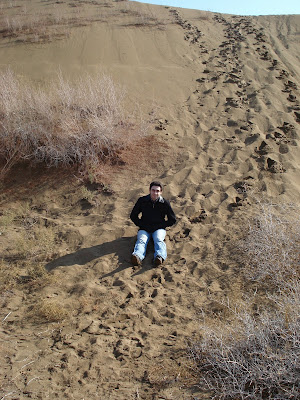 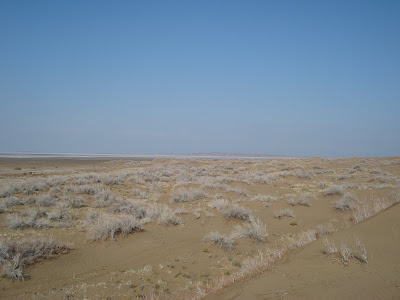 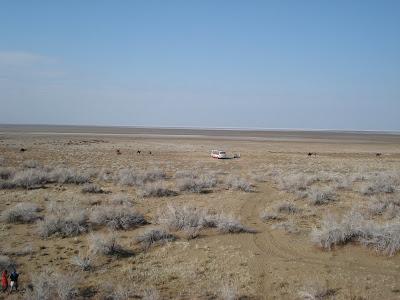 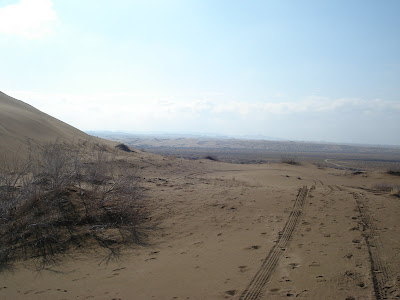 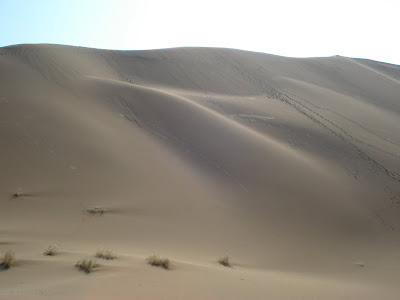 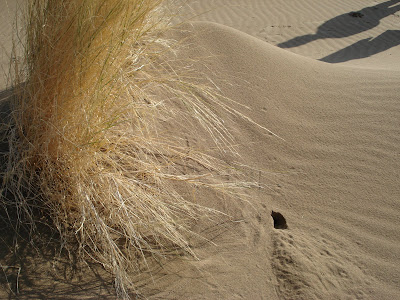 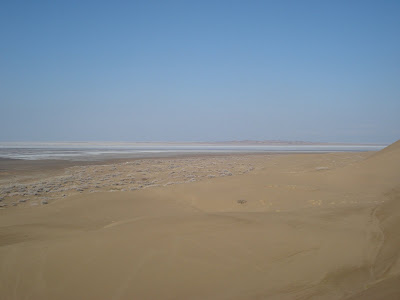 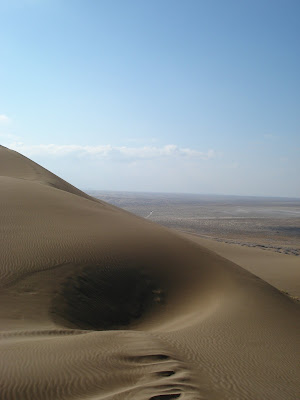 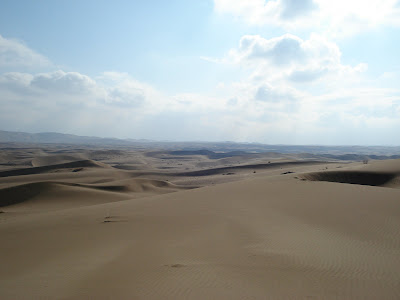 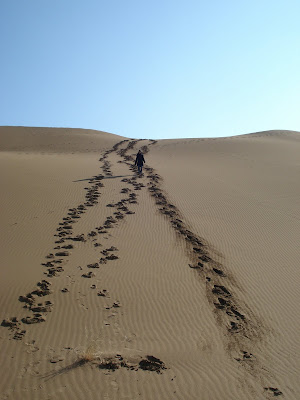 The next day, 10 cm of snow covered the alleys in Kashan. That happens only once in a lifetime here, I was told by the receptionist in the Sayyah hotel. 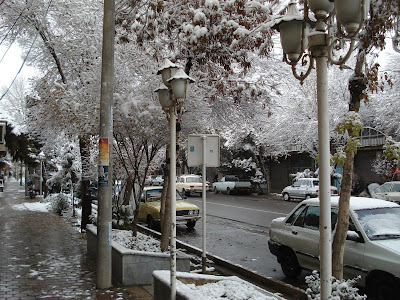