Today, on the Day of Ashura, grieving for Imam Husayn culminates in Iran and other Shi’a communities with bloody rites. I have reported about the sad events in Karbala in 61 AH elsewhere on this blog. The first ten days of Muharram people in Iran prepare for the holiday. Black flags and banners with Abol Fas, Husayn, Ali are sold, and stalls in the bazaar decorated for the mourning. Religious songs proclaiming ‘Ya Husayn!’ were heard everywhere. I attended several Hosseiniyehs, one on my trip to Nain. In Esfahan, every night, in a tent people gathered in front of the Masjed Shah. Interesting, but plenty of basij and hundreds chador-wearing women created an atmosphere of, in fact, subliminal menace. These events were completely organized, plenty of buses took the participants later home. 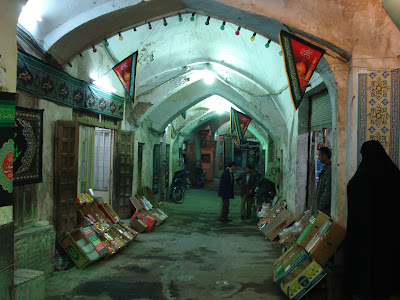 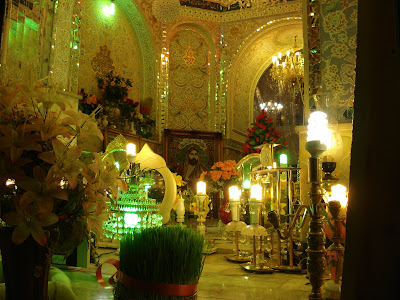 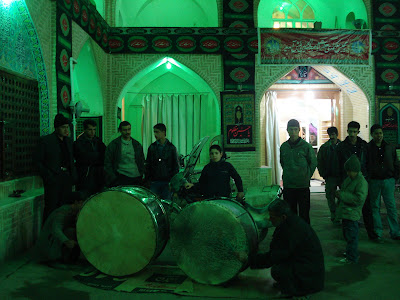 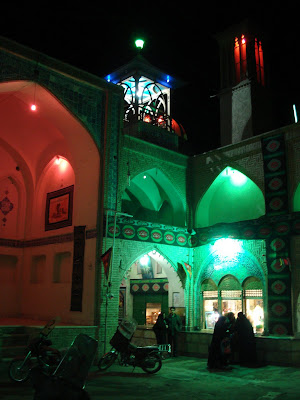 Last Friday, nation-wide demonstrations against the incredible atrocities of Israel to the people in the Gaza strip reached Esfahan with almost a thousand basij and pasdaran entering the maidaan. The square was closed-off. I could enter after a body check. Other Westerners, I was told later, were prohibited to watch the demonstration. Again, the perfect organization was obvious with numerous buses waiting for taking the soldiers back home. 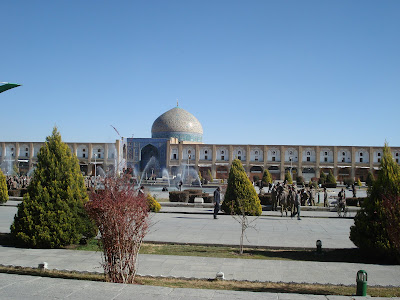 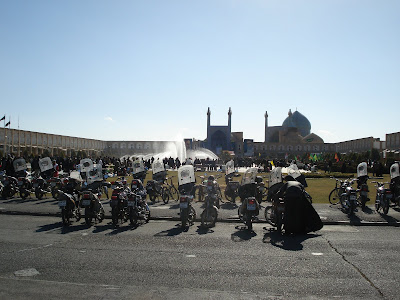