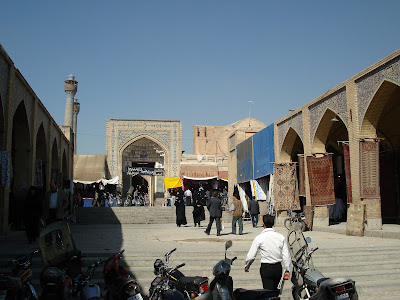 Being located in the heart of the old capital of the Seljuks, Esfahan’s Masjed-e Jomeh belongs to the most wonderful Islamic buildings in the world. More than 1300 years of Persian history may be studied in its architecture. It is the biggest mosque in Iran. Under the supervision of vizier Nizam al Molk the famous Persian mathematician Omar Khayyam, who lived at that time in Esfahan, planned and constructed parts of the complex.

Kufic calligraphy and a more sturdy architecture make Esfahan’s Masjed-e Jomeh so special. It is a mosque like a museum with different parts from eras as far ago as Sasanid Zoroastrians. It is said that the first mosque here was built in the early 8th century which was later enlarged by Abbasid Khalifs. The Seljuks rebuilt the mosque in the 11th century. The two domes over the northern and southern iwans have survived Mongolian storms and time. 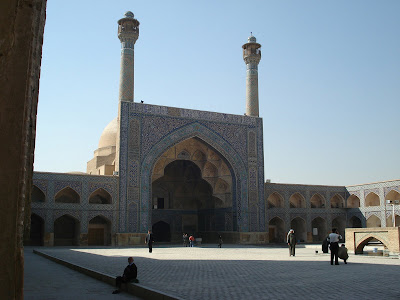 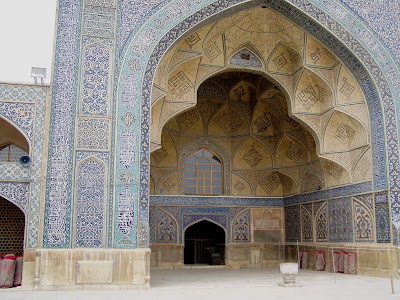 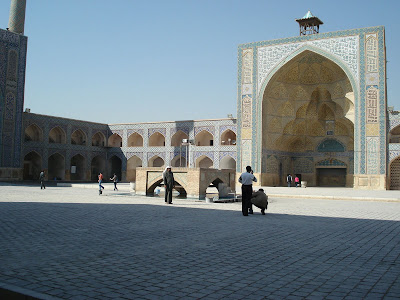 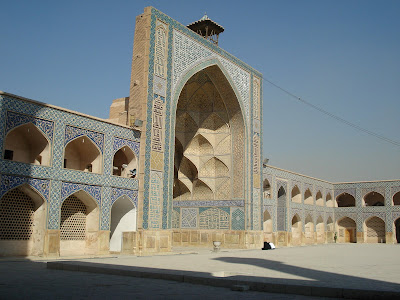 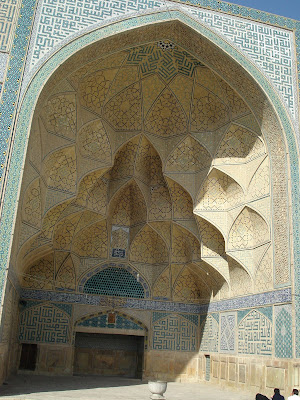 On the portal of the northwestern iwan of Esfahan's Friday Mosque girih tiles can be found, which have been described in a recent article in Science by Lu and Steinhardt, enabling artisans to design never repeating decagonal and quasi-crystalline tilings. Further descriptions are given below. 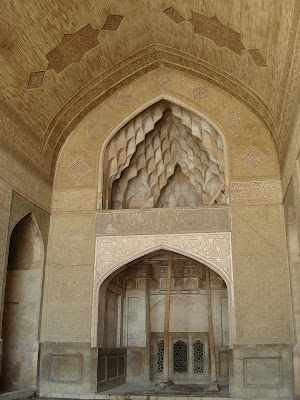 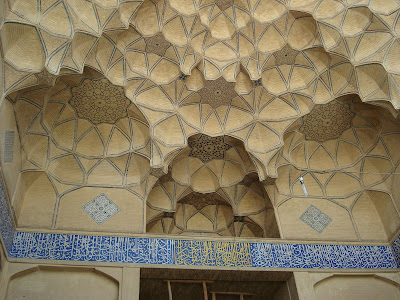 An example of the richness of decoration may be found on the western side of the courtyard, the room of a Timurid Sultan from the 14th century with a stunning stucco Mihrab with Qur’anic inscriptions. 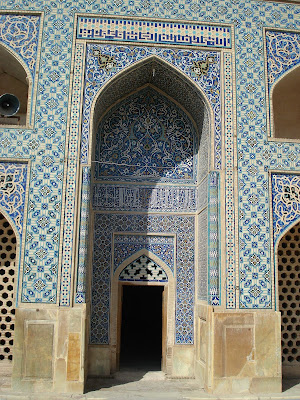 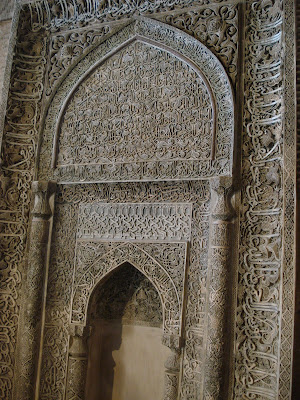