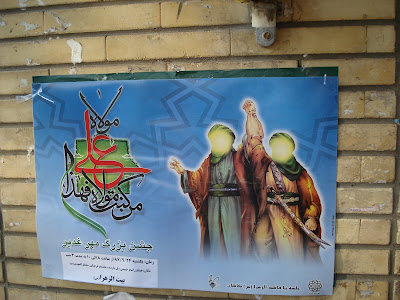 The course at Khorasgan University near Esfahan had been postponed a couple of days due to the holiday Eid-e Ghadeer which is celebrated all over Iran, commemorating the (by Sunni Muslims heavily disputed, of course) appointment of Imam Ali as successor of the Prophet Muhammad. I took it, therefore, easy when slowly approaching Esfahan this year. From Imam Khomenei International Airport I traveled three days by bus and taxi, first to Qom, then Kashan. In a way, I repeated my 2005 trip through Central Iran.

Where should I move after my course, which I was supposed to give at Khorasgan University, was finished? Well, a Kuwaiti blogger, who turned out to be Iranian, kindly directed my attention to a new choice for accommodation in Esfahan, a carefully restored “traditional house” in the old city center. She also provided me with some contact information, and I sent an email to the owner of the building.

So, after two weeks of teaching I moved very close to my study object this year, Esfahan’s mysterious Masjed Jomeh. You may find more information here, here and here.

Hidden, well, extremely hidden, was my first impression when I followed Khanum Sufi’s advice and entered Khiaban-e Haruniyeh where the almost 50 meters tall single Seljuq minaret of the Ali mosque is a landmark which cannot be missed in Esfahan. The Dibaee house can actually not be seen from the labyrinthine lanes. I had to ask. The men responded to ‘hotel’ and showed me the direction. A chador-wearing old lady was a bit afraid when a stranger asked her but finally showed me the entrance door. I knocked (all over Iran there are different knockers for men and women so that inside the building it can be decided who will open the door) and it took some time until Mdme Sufi welcomed me. 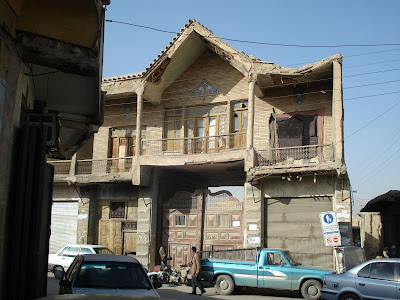 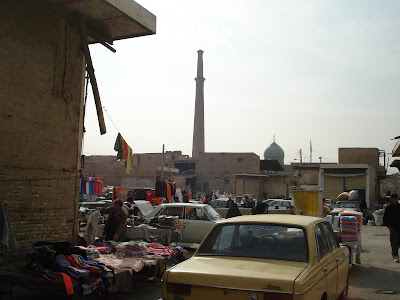 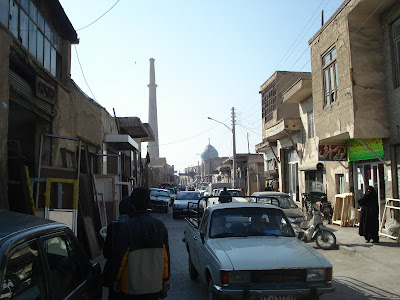 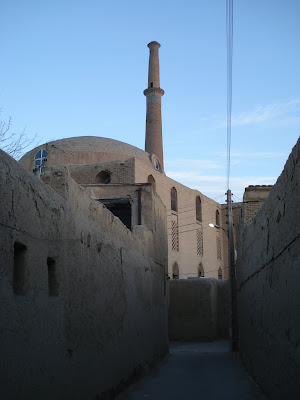 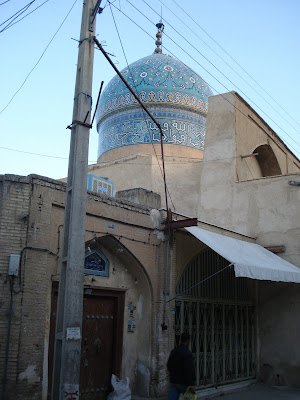 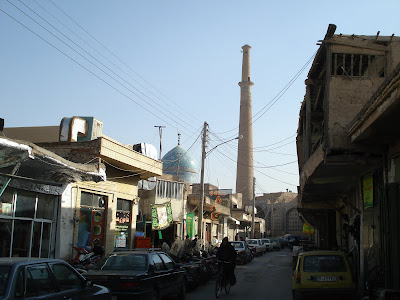 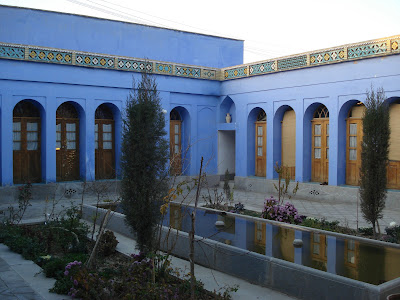 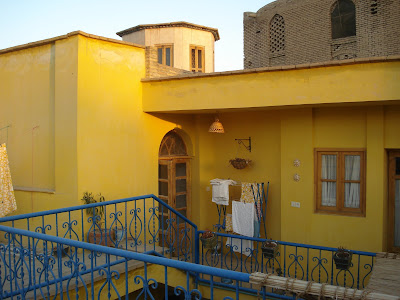 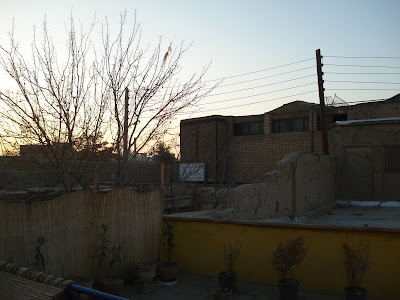 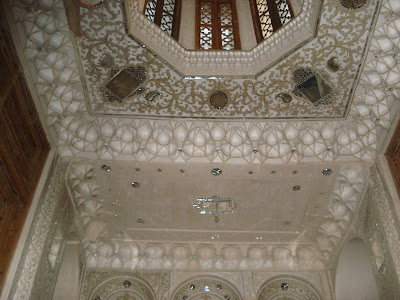 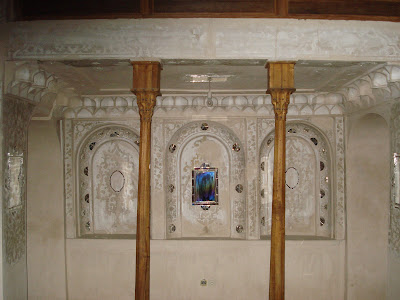 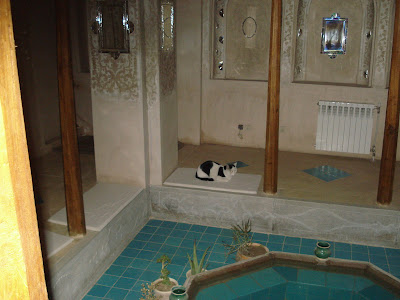 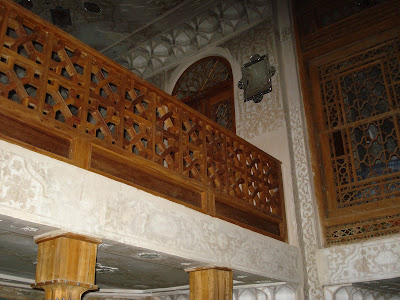 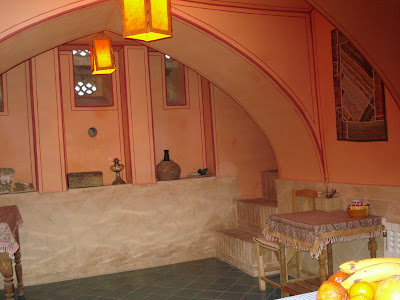 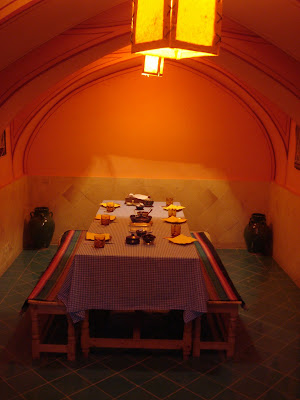 I loved to stay in the Dibaee house. Especially the interesting discussions in the morning with rather eccentric people, Westerners, of course, who wanted to escape Christmas and had made it to Iran. Individualistic travelers, as I am. Excellent ‘continental’ breakfast and lots of tea and brewed coffee (!) were served.

I loved also the neighborhood, especially a very proud cock which took care of his huge harem in what I would call a scrapheap. Masjed Ali was more or less renovated during the Safavid era. The brick decorations on its minaret are superb. There are other single minarets in Esfahan’s old city, in particular in the former Jewish quarter. I have pictured the 50 meters tall, 12th century Monar-e Sareban and the even older Monar-e Chehel Dokhtaran (the minaret of the 40 virgins) somewhere else on this blog. 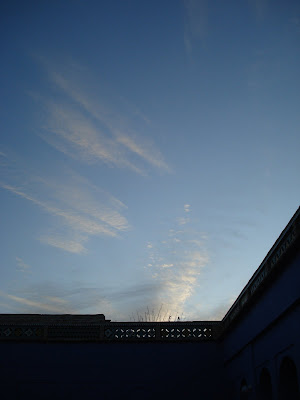 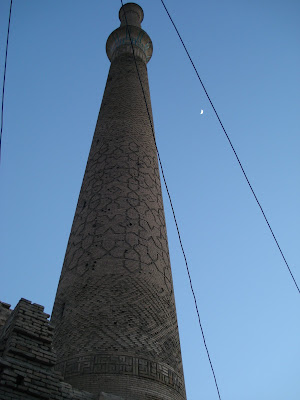 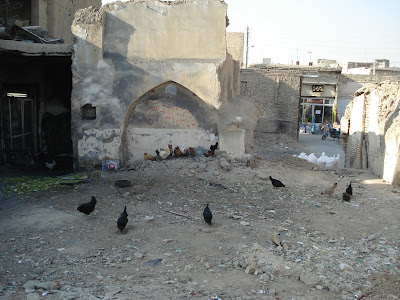 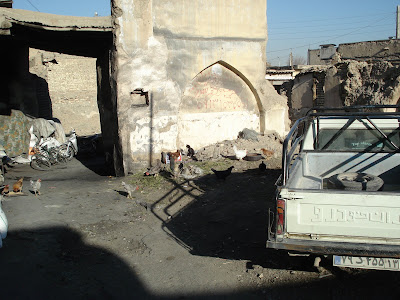 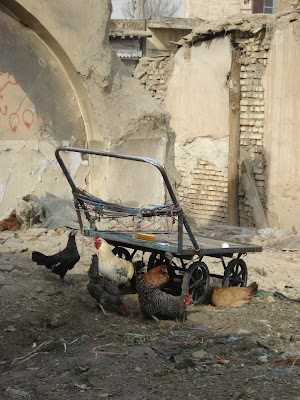 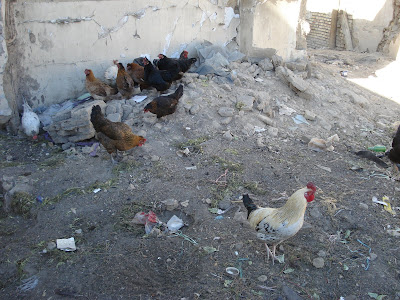