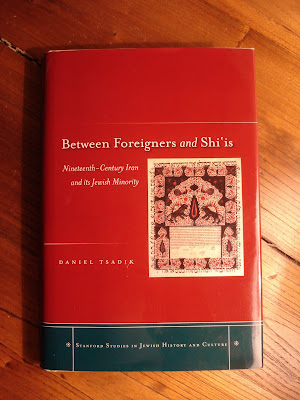 When Cyrus the Great freed the Jews from Babylonian Captivity in 539 BCE, some of them did not return to Jeruslaem but eventually settled on the banks of the Zayandeh Rud in Central Iran, possibly founding the city of Esfahan. This is the beginning of Jewish life in Iran which thus started two-and-a-half-thousand years ago. While Cyrus is betoken as ‘the anointed’ in the Book of Isaiah, Jews seem to have lived for centuries in peace with the indigenous Persian populace. Persian religious tolerance was legendary as long as Zoroastrianism was the state religion. The alarming rhetoric in particular of the present president of Iran, who had openly questioned the Holocaust of the Jews by the Nazi’s terror regime in the early 1940s and the very right of Israel to exist, has caused considerable new concern about the safety of the Jews in the Islamic Republic. It raises again the question, what do we actually know about the relationship of Shi’a Muslims and other ‘people of the book’, or Ahl al-Kitab?
Daniel Tsadik is an Assistant Professor at Yeshiva University, New York. He has earned a PhD from the History Department at Yale University. Apparently, Tsadik’s family is still living in Iran. In his new book he tries to illuminate the more than difficult situation of the Jews under the rule of the Shahs of the Qajar-Dynasty, in particular the second half of the 19th century. Iran has seen the Constitutional ... Read the rest of this book review »
Posted by Muller at 06:27