Agriculture in the Desert

The ancient and still inhabited village of Mohammedieh with its huge Sassanid castle is located a couple of kilometers northeast to Na’in. Diligent farmers were working in fruit orchards and on the fields. In the beginning of January, there was a scent of springtime. An old man wanted to show me his carpet loom in his hut. Before taking the picture, he put on his coat and told me he was a mollah. Just kidding, I suppose.

A qanat is a sort of artificial spring. The aquifer had been invented in ancient Persia and spread throughout the Middle East as far as Africa and Central Asia as far as China. Deep water tables at the foothills of mountains are approached by vertical access shafts and horizontal channels. They finally reach the surface and a small artificial runlet will transport the water miles into the desert for agriculture. Constructing qanats is a dangerous task and nowadays strictly regulated by the government. You may find the well-like openings and runlets as well as so called ab anbars (huge domed water reservoirs) in the vicinity of wind towers (badgirs) all over Iran’s deserted countryside, especially in Yazd and Na’in. 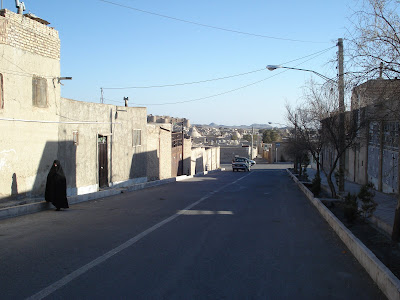 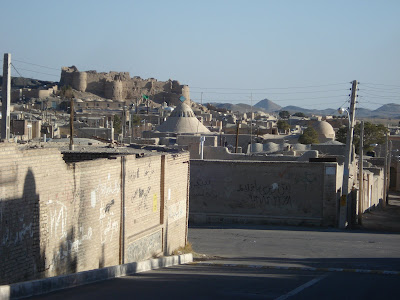 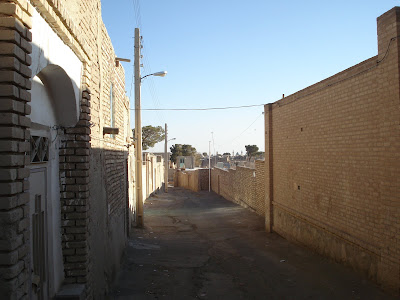 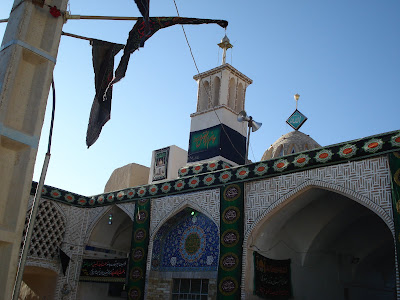 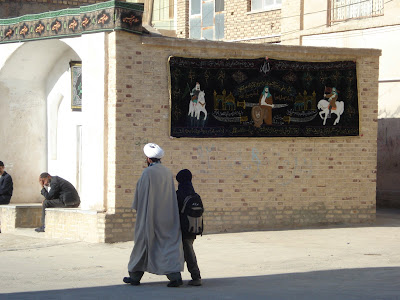 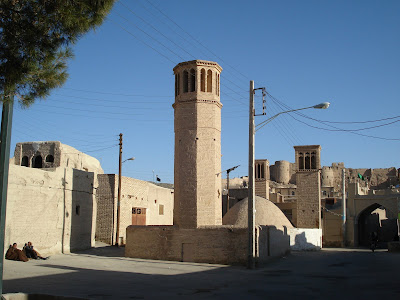 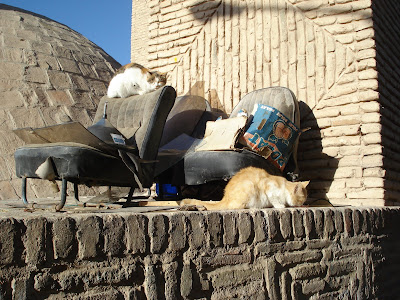 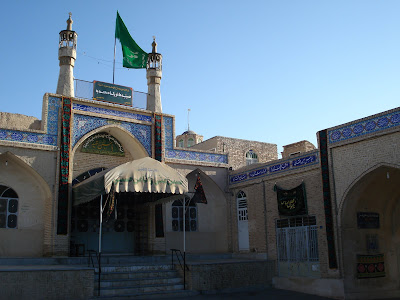 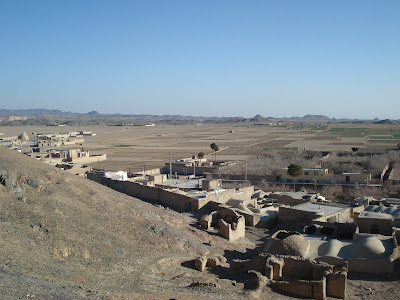 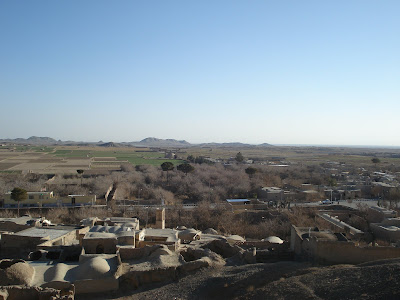 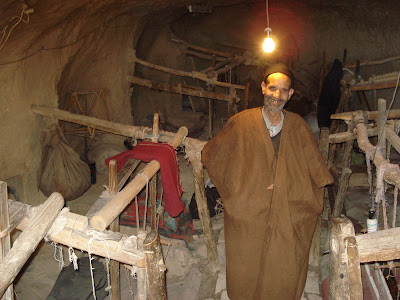 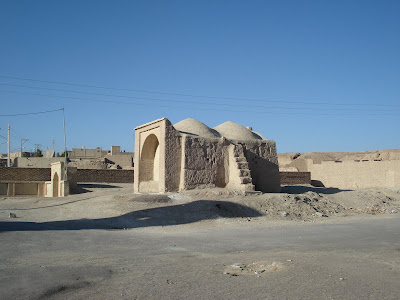 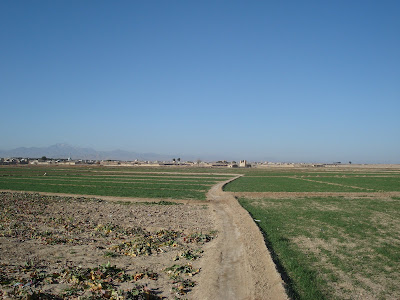 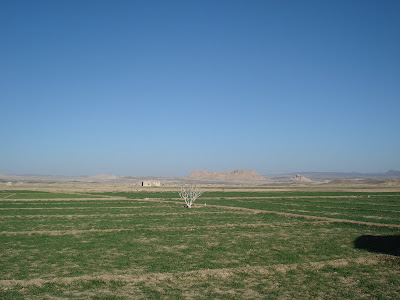 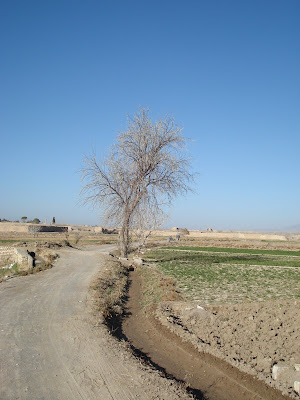 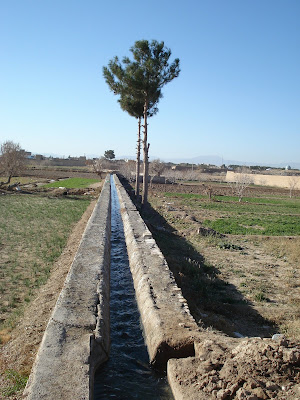 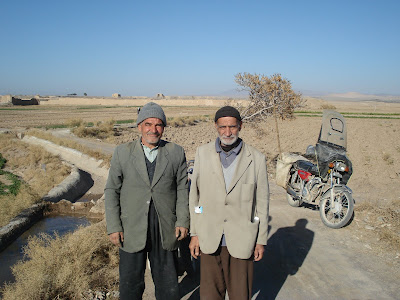 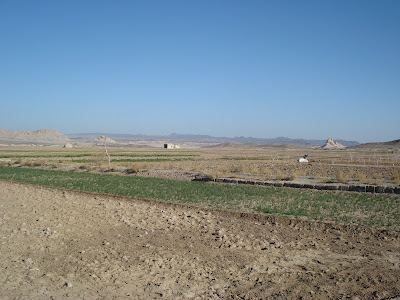 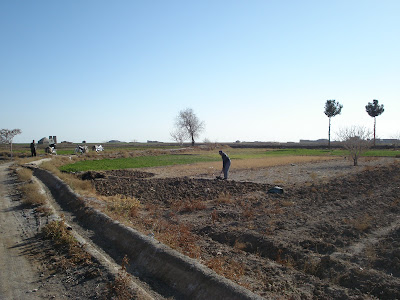 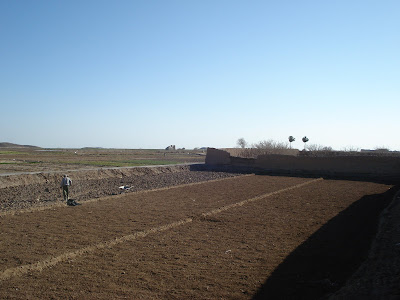 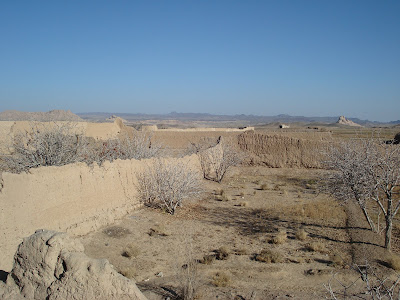 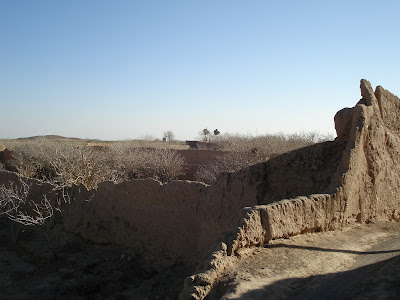 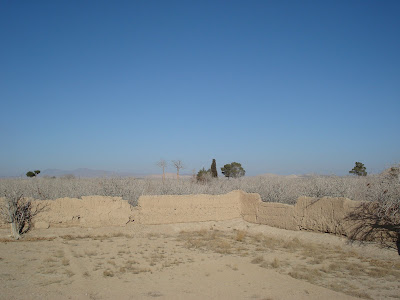 I love the photo of the man in his robe with his loom, and also the ones showing the aquifers. All illuminating photos; I just really like the one of the man and his loom.

Hi Intlxpatr!
Thanks for the comment. I have actually not understood the concept of qanats for a long time. I think it is ingenious (as so many other inventions of Iranians). If you had seen how they cultivate the desert (and it is a real desert, even frightening!) you would have been amazed. Have a look at my recent book review of a rather scientific case study on antisemitism in Shia communities here: http://aliqapoo.wordpress.com/2009/03/12/najasat-e-ahl-e-kitab/. We do not really know too much about these things,unfortunately.