In Tabriz, Dawoud told me that he had got some back problems recently which he was trying to cure in regular trips to Daryacheh Orumiyeh, a huge (6000 square kilometers) super-salty lake in the northwestern corner of Iran. It is a UNESCO Biosphere Reserve, about 50 km west of the capital of the Azerbaijan province, Tabriz. There is a special worm living in the water, called Artimasalema. Its remains become over time, a sort of tar which is said to heal rheumatism and other ailing of the joints. When doing the trip twice a week or so, Dawoud always had a bucket and brought some of the tar to his home in Tabriz. Dawoud suggested that I join him and Alireza for an afternoon trip to the site when the bazaar was closed. He drove his old BMW and we had a great time. Unfortunately, the lens of my camera was a bit dirty, what I noticed only when at home. So, some of the pictures have a very old-fashioned ‘paper print touch’.
We approached the lake by passing a huge white and glitzy salt desert, a bit like a moon landscape. Dawoud knew a place with a sandy but hot beach and some cabins for changing cloths. Alireza and Dawoud wanted to swim in the super-salty waters (similar as the Dead Sea). I walked on the beach and took some photos. A family had a picnic and invited me. The Azeri people are, as always, incredibly hospitable. I talked a bit about my profession and my life in Kuwait. On our way back we visited a small village where Dawoud met some carpet weavers doing their job. It is amazing to see the men(!) weaving the famous Tabriz carpets here. Back in the bazaar in Tabriz, Dawoud also introduced me to one of his colleagues who was specialized in repairing old carpets and rugs. It was almost incredible how thoughtfully he restored the real antique pieces. 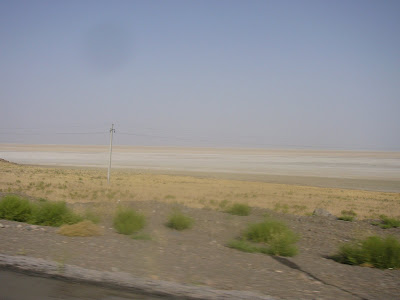 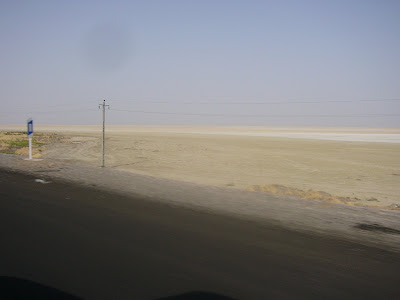 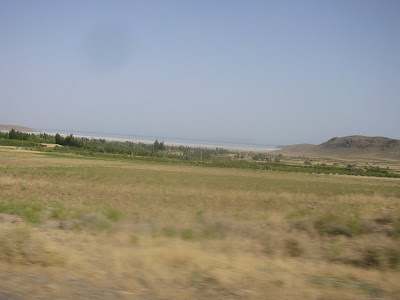 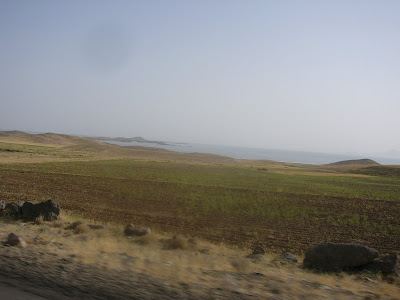 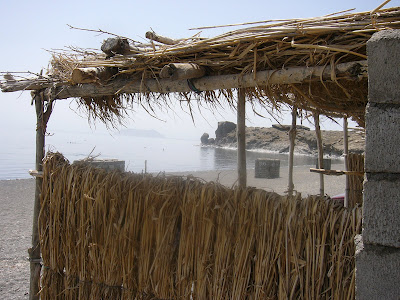 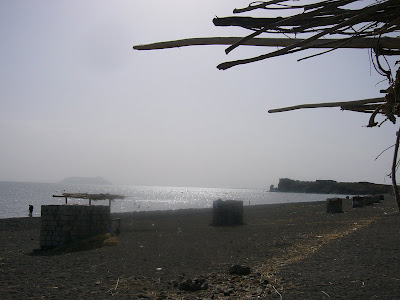 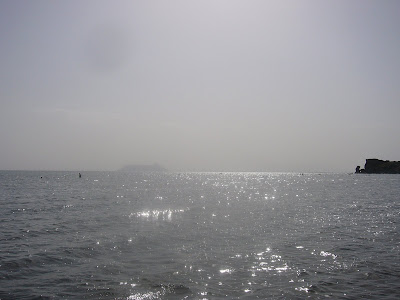 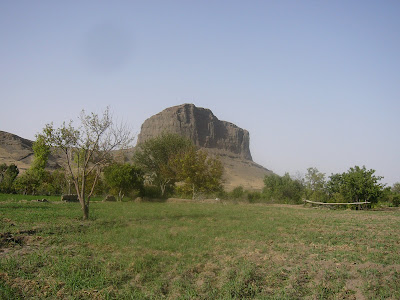 On another occasion, a public holiday, we visited Kandovan the Cappadocia of Iran. It is located 50 km south of Tabriz and was the destination of dozens of tourists from Iran who wanted to have a good time with some kebab, chay, Turkish coffee, or Seven-up. The soft, chimney-like tuff rocks allow people for centuries to hollow out their rooms and built their small houses. 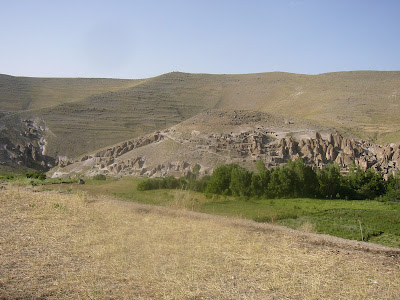 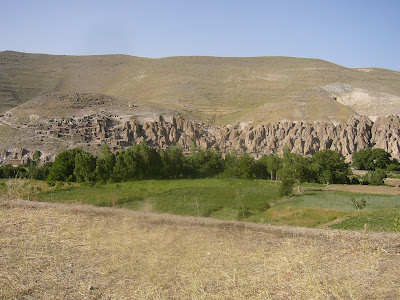 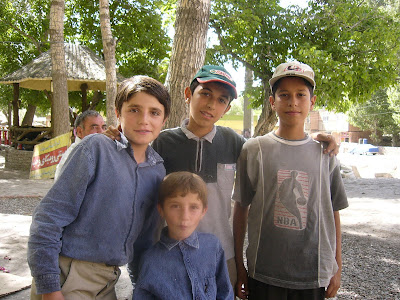 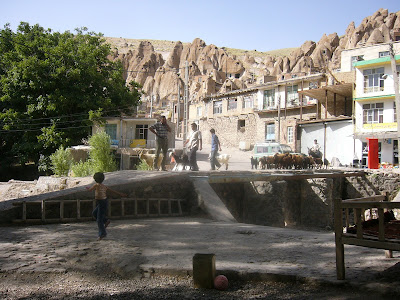 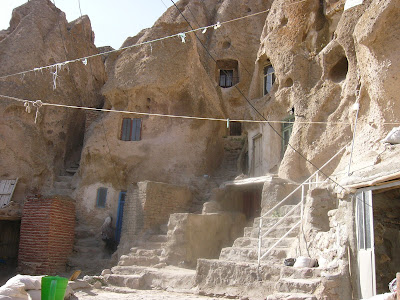 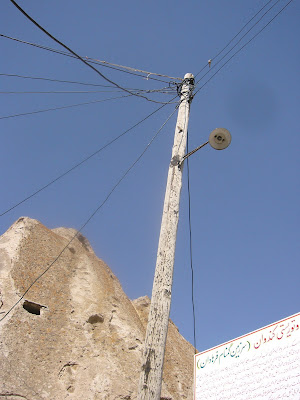 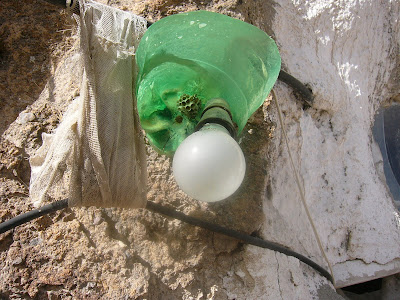 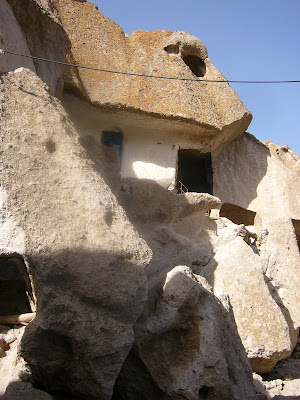 Two girls in their colorful dresses were cleaning a carpet with a lot of water and a brush. Dawoud told me why not take a picture. I was rather hesitant but finally did it. The girls were terrified and tried to escape. When the brothers showed, we had to disappear quickly in the crowd. Rather self-evident: better not take pictures of people without asking them beforehand! 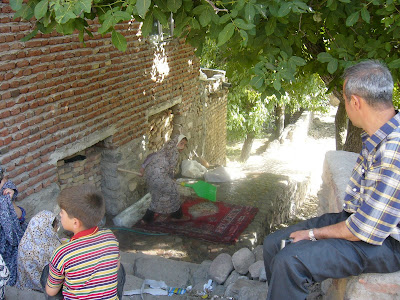 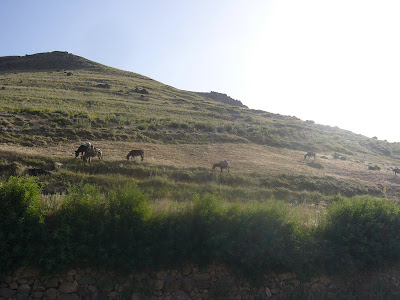 On our way back, the BMW got a flat tire and Dawoud decided to get the tire-tube changed rather than changing the whole tire which hardly had any visible profile left. Too expensive. But we had to hurry, anyway. Dawoud had an invitation for a dinner when he wanted to introduce me to his friend, a famous dentist in Tabriz. The food was delicious, Dr. Qudsi had a beautiful wife, and we had a nice evening. Next morning, Dawoud picked me up from the Azerbaijan Hotel in Tabriz and drove me to the airport, from where I departed to Mashhad, Iran’s holy city in the other corner of the country.
Posted by Muller at 07:05