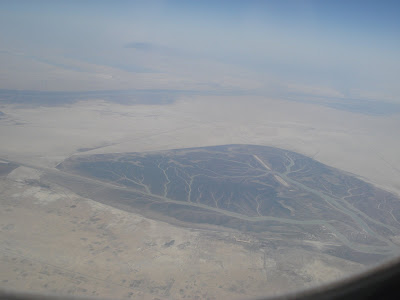 A sort of marshes in southern Iraq I noticed only once, when I was on my return to Europe in May 2007, a rare day-flight. The rivers in the glistening desert and some vegetation were a bit stunning to me. But is that what had been left after Saddam’s draining by building a dam for the Euphrates?

The first time I heard about the Marsh Arabs was shortly after my arrival in Kuwait in 2001. A luxurious reprint of the book by Sir Wilfred Thesiger, the last of the great British explorers of the last century, was lying on the coffee table of a colleague. Thesiger had visited the Marshes several times in the 1950s, and in fact had lived with the people there.

The book immediately fascinated me because of the completely different way of life of these Arabs. They were not Bedouins but rather had settled in the swamps and alluvial salt marshes in Southern Iraq, the land in-between the Tigris and Euphrates, Mesopotamia. These Arabs built large reed houses used for conventions, called mudhif, and smaller one-room houses, raba, on artificial islands made of mud and reed. Some islands were even floating. In their slender canoe boats, meshuf, they were fishing. They raised water buffalo and hunted ducks and the wild boar. Later, when reading my own copy of the book, which was originally published in 1964, I learned that they were Shi’a and not well-reputed by Sunni Bedouins. The Marshes provided plenty of refuges for escaped slaves and later persecuted convicts of Saddam’s brutal regime. 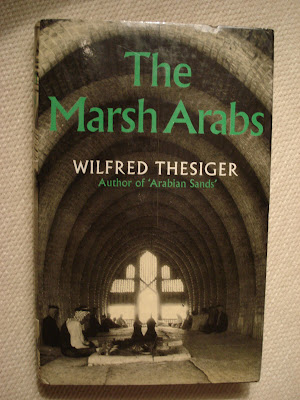 In late 2003 an exhibition was held at Dar Al Cid in Jabriya on which occasion artistic photographs of Southern Iraq and the Marsh Arabs by Tareq Rajab from the 1960s were displayed. They showed an ancient world which I was told had completely vanished during the regime of Saddam Hussein, who largely drained the marshes and brutally urged the people, in retaliation of a failed uprising (or intifada) after the 2nd Gulf War of 1991, to settle in the bigger cities like Basrah. In a few weeks tens of thousands of civilian Marsh Arabs were killed by soldiers of the Iraqi Republican Guard. Their hope that President G. Bush would prevent these atrocities was in vain, and they had not forgotten when his son ‘freed’ the people of Basrah 12 years later.

The once fertile marshes, which had been inhabited since Sumerian ages, were quickly deserted. Vegetation and animals vanished largely, and heavy dust storms became normality. The very basis of existence for non-nomadic life disappeared as well.

After the 3rd Gulf War, attempts were made to revitalize the Marshes. Despite some promising efforts reported already in local newspapers, Tareq Rajab, a former Director of Antiquities and Museums of the Kuwait Government, remains more than skeptical. What had been destroyed within less than a decade, a world in balance for thousands of years, cannot be restored within a couple of years. According to him, also the people have changed. Their way of life is lost. After having tasted a taste of modern life in big cities, why should they come back to their reed huts? "People romanticize about that simple way of life, but they cannot recreate it." 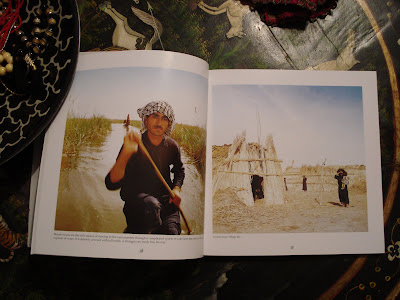 It never happened that I had the opportunity to visit southern Iraq. There was a time after Saddam had been toppled when millions of Shi’a pilgrims visited the Holy Cities of Karbala and Najaf, harboring the shrines of Imam Hossein and Imam Ali, respectively. But crossing the northern borders of Kuwait and driving to Babylon or Ur with its Ziggurat was out of any consideration during my six years in Kuwait.

Shortly after the respective war in 2003, the northern borders to Iraq at Abdaly opened and more and more Iraqi dwellers visited the Friday market in Rai and Souq Mubarakia. It was then when we Westerners saw for the first time the beautiful handcrafted work of the women of the Marshes. They very colorfully embroidered blankets, not kilims, and Jehan Rajab called them, in her 2003 publication “A Glimpse of the Marshes and the Marsh Arabs”, izars. In very bright colors, the daily life of the women was displayed, their special feelings for beauty expressed. Besides geometric figures, not only plenty of small animals and camels, fish and ducks can be seen, mosques and palm trees, and flowers all over; but occasionally even humans appear, which is quite unusual in a Muslim society. 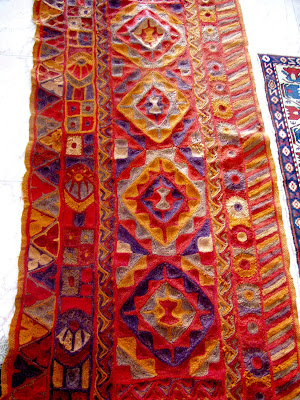 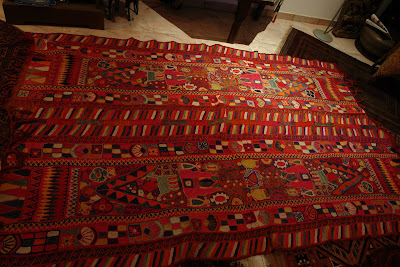 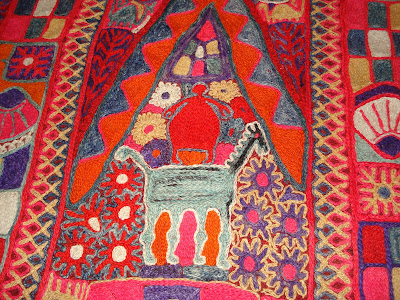 The borders to Iraq had been closed again for some time, and the at a time so popular search for the most beautiful izars in Kuwait’s Souq al-Jum'a ceased in recent years. The blankets represent now a special type of textile in my collection. They are very unique and rare, and precious witnesses of the past, of a culture which has vanished.
More about southern Iraqi weavings here.
Posted by Muller at 11:37