I have posted on this blog some time ago an unusual Seh Mihraba rug from the Shindand market area in west Afghanistan. I had bought it from my friendly Afghan carpet sellers Mirwuis and Syed who used to have a small shop in Kuwait’s Souq Mubarakia. They frequently offered a variety of rugs from Afghanistan and Iran on the Friday market in the Al-Rai industrial area next to the notorious 4th Ring Road, just behind the nurseries. Opposite to the animal market, there is what is called the Iranian market where you may find in fact everything you might be looking for. The whole area is very fascinating. My friends and I liked to go there, if possible every weekend.

I would like to post another, much more typical, Seh Mihraba rug here. Tareq Rajab, Kuwait’s former Director of the Department of Antiquities and Museums in Kuwait and owner of two most marvelous private museums in Jabriya (the museum for calligraphy I had a chance to visit shortly before leaving Kuwait for good in 2007), also had a tiny shop in Salmiya, next to my flat in the Al-Qana’a towers: the Kuwait Design Center, where Mr. Rajab sold certain items from his vast collection. I have heard that the shop has meanwhile been closed down when the friendly lady from the Philippines, Marlene, and her colleague decided to leave Kuwait for good.

Visiting the shop has always been a delight. They had fine furniture, carpets, chinaware, engravings, and many other affordable and not affordable collectibles for sale. Every now and then, the two organized, with the help of Mr. Rajab and his wife Madame Jehan, exhibitions in the couple’s third building in Jabriya, Dar Al-Cid, where even more exclusive furniture, carpets and rugs were displayed.

It was on one of these occasions when I bought this high quality Seh Mihraba (literally meaning three mihrabs, or prayer niches) prayer rug which is displayed here. The design is typical for rugs from the Shindand area south to Herat, Afghanistan. The central field contains four rhombus-shaped medallions described as nakshe hozi (“water basins”). The overall dark-red field displays highlights of triangles in bright-red and bright green and blue dots. In the centers of the main medallions. The central area is flanked by columns of white, stepped rhombuses, again surrounded and containing bright highlights. The border system consists of four stripes. The main border is composed of interrupted white stripes. The very soft and shiny wool has a silky appearance. See a similar carpet in Parsons’ Carpets of Afghanistan, plate 97. 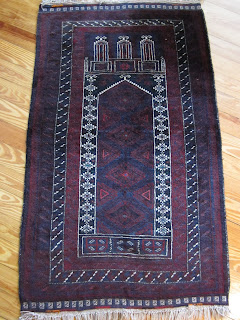 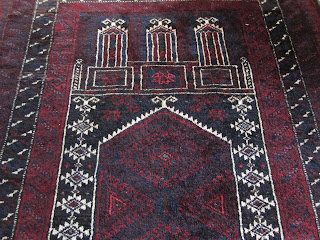 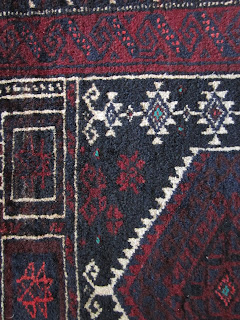 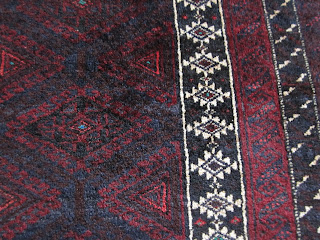 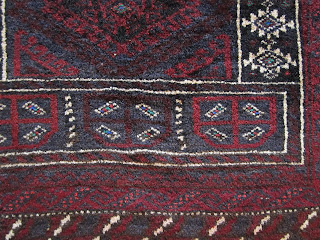 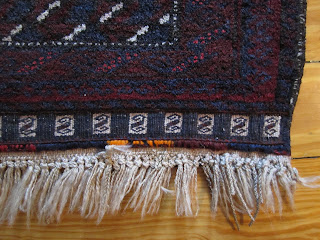 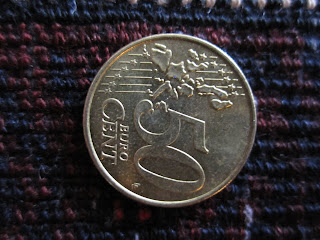 I have a very similar carpet, Fahad. I'm not surprised. You have the same chest we bought, too!

Hi Intlxpatr! I like the piece, too. It might not be so special, but at least I tried to better describe it.

oh.! omg...have a so simlar rug...was my very first lone yes, the quality is excellent! how can send a pic? would complement yours best regards, Ariel from Mexico