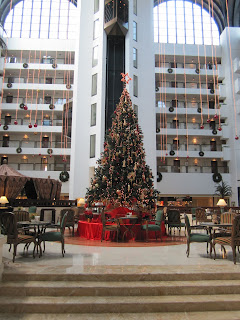 I had missed Sultan Qaboos' Grand Mosque when in Oman last time, about 7 years ago. We visited the marvellous mosque, which has been finished only in 2001, on Christmas Eve. It now harbors the world's second largest hand-woven carpet and chandelier (after those in Sheikh Zayed bin Sultan Al Nahyan mosque in Abu Dhabi which has been installed only in 2010). The mosque in Oman features architectural gems and recalls, at the same time, Cairo's Ibn Tulun and Esfahan's Shah mosque, the Timurid floral and Arabesque tiles in its Friday mosque, Safavid muqarnas, Persian weaving art and a Paradise garden. 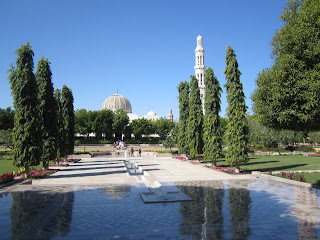 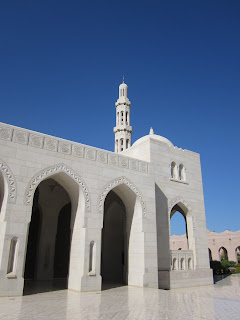 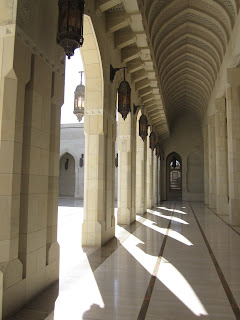 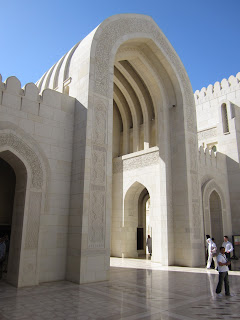 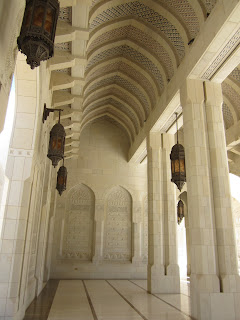 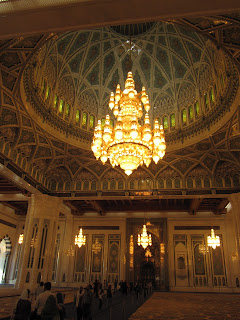 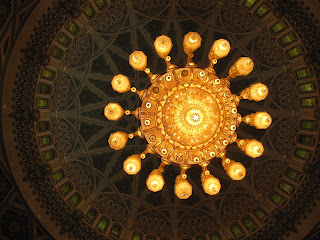 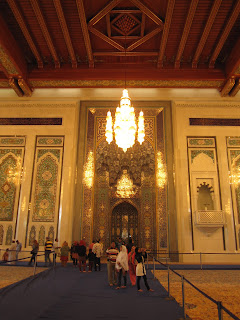 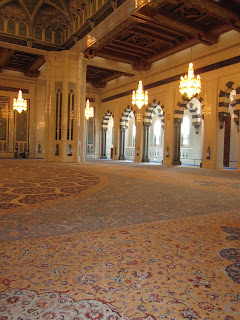 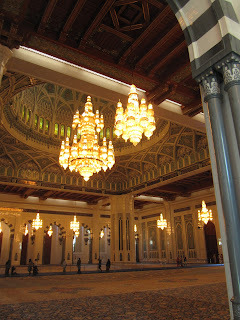 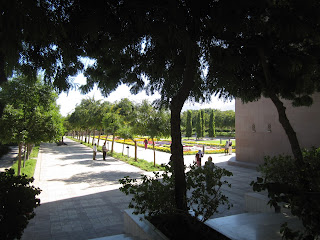 On Christmas Day, we attended the mass in the Protestant Church in Ghala, at only a couple of hundred meters distant from the Grand Mosque (although heavy construction work would have made it impossible to walk). I was not really prepared to meet an evangelizing Christian there who expressed her hope and good wishes for us to find the way back to salvation, only after having admitted that I wasn't too much religious and mentioning that evangelizing Omanis appears to be kind of weird. Indeed, I suppose that evangelizing Christians are only tolerated on the Arabian Peninsula by highly tolerant, friendly and peaceful Omanis. 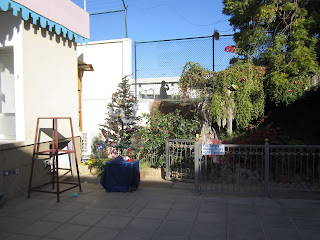 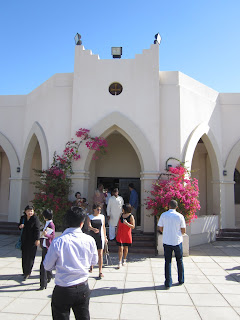 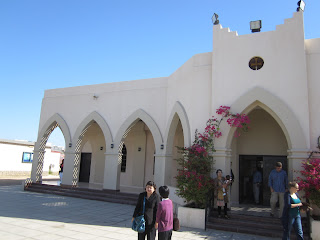 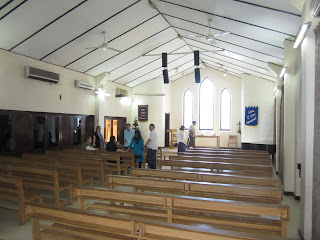 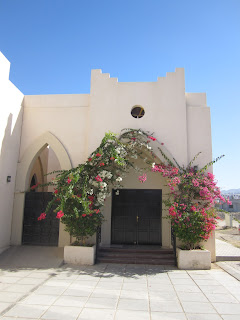 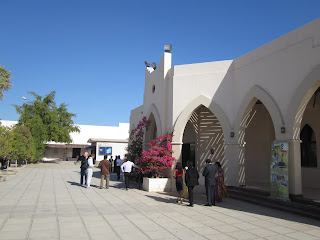