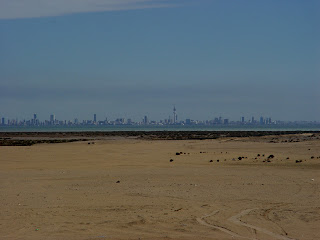 These days, Kuwaiti citizens celebrate their “Golden Independence Anniversary” and 20 years of liberation from Saddam Hussein’s hordes. And HH Amir Sabah Al-Ahmad Al-Jaber Al-Sabah is five years in power, of course. 50-20-5. The city is beautifully illuminated and each citizen has got 1000 dinars ($3500) already. Panem et circensis. Uproars in North Africa and even Bahrain seem not to affect the Kuwaitis, although last week has seen some protests of bedouns, or stateless people.
I remember similar celebrations when one of the current Amir’s predecessors, HH Jaber al-Ahmad al-Jaber al-Sabah (“Baba Jaber”), returned in 2002 from treatment in the United States after having recovered from a mild stroke. We got stuck in the traffic deadlock on our way back to Salwa, we had to walk. Young people were enthusiastically dancing on the cars. Kuwaitis love their Amirs.
When once asking one of my bright Kuwaiti student what exactly they were celebrating on February 25/26, she responded, “Oh, we became independent (in 1961).” “But honestly,” she added, “we had never been dependent!” I liked that. Of course it isn’t true and never was. Kuwait wouldn’t even exist (apart from a small village of fishermen and pearl divers, and some Bedouins living in tents, without the oil which had been discovered in the late 1930s. It would not exist without the Britons and later the U.S.
Anyway, congratulations! Mabrouk to all brave Kuwaitis!
﻿
Posted by Muller at 17:30