The Curse Of Jumba La Mtwana

Suleiman, one of Whitesands Hotel’s tour managers, wasn’t in a good mood. Very talkative, he obviously believed that I would actually be interested in his family affairs which seemed to be in a mess. His wife had been taken back to Riyadh by her parents where they were living. Arabs. A black man was not really the son in law they had expected, he told me. But at least you are a Muslim, aren’t you? I asked him. Yes, he replied, but his mother was Christian, and it doesn’t really matter. Then he told me about the origin of the Palestinians. Although knowing the story about Jacob and his older twin brother Esau, the two sons of Isaac and Rebekah, I wasn’t aware about theories regarding the two resulting tribes, the children if Israel (or Jacob) and those of Esau, the Palestinians (or Edomites, I suppose). An interesting hypothesis.

We took a ride to Jumba la Mtwana (he unavailingly tried me to pronounce the Swahili words correctly). The century-old gorgeous ruins of a town north of Mombasa can be found just off-shore the Indian Ocean. We crossed the beautiful Mtwapa creek and then turned right after having passed through a busy village. Suleiman mentioned that many old Europeans, males and females, come here to get married again (?) and start a new life. He pointed to rather strange examples, old and pretty ugly men with young girls doing shopping. He found that okay. I was in doubt. Is it a sort of sex tourism? I asked. Not really, he explained. Both parties have advantages, so it’ll be okay!

Into the jungle! We approached the ruins of what had been a bigger town. A Muslim place, I immediately recognized. A young guide was desperately waiting for tourists. I was the only one so far today. When entering the site I saw a huge skeleton of a Blue Whale which has once stranded here. Further we went into the magical remains of buildings, mosques, squares, a cemetery with a stele covered by Arabic script. Century-old trees, even Neem, or medicine, trees I once was very interested in for medical reasons. A 1.5 meters long green snake disappeared in a hole, a colorful lizard was more curious. Magical. My guide told me a word in my ear: “Germans used to give the best tips!” I was wondering why the people had disappeared from this place? “Was it an epidemic, sort of plague?” He gave me an evasive answer.

When returning to Whitesands, I asked Suleiman about it. “Didn’t he dare to tell you the true story? It was Allah’s curse. Once, the king of the town wanted to marry another girl. But people warned him that she was one of his own daughters. He didn’t mind, and from then the town’s destiny was doomed. 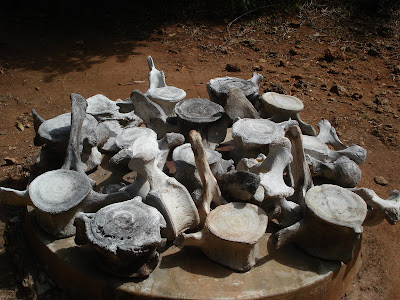 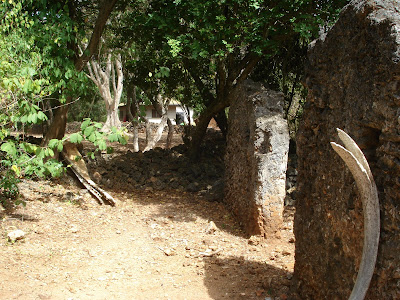 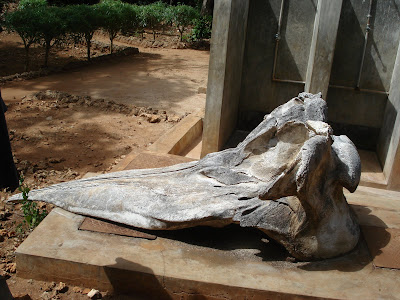 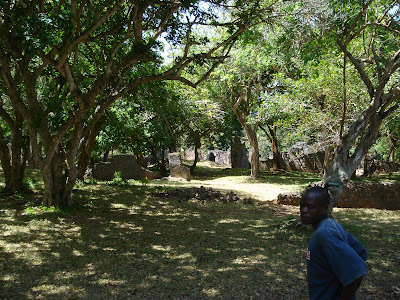 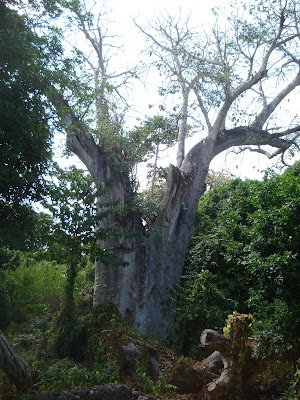 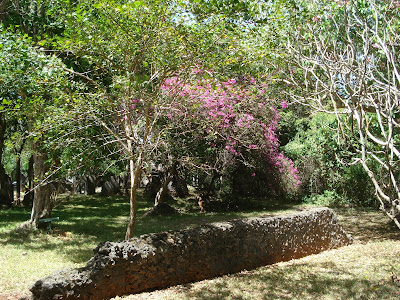 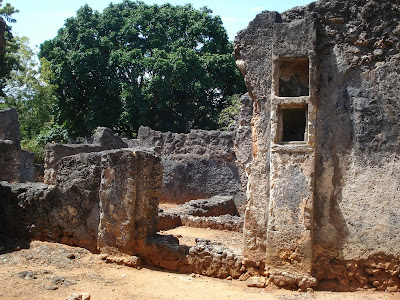 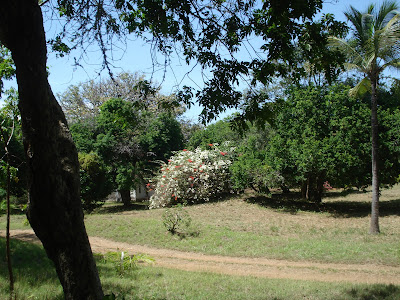 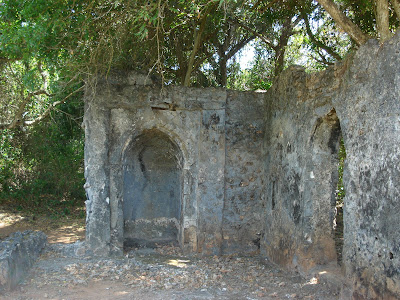 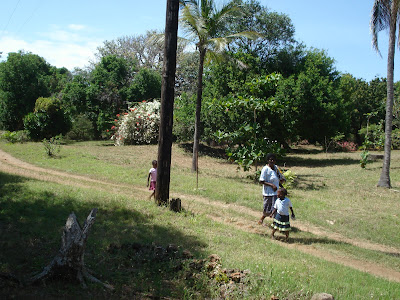 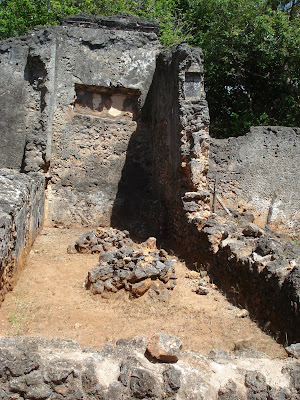 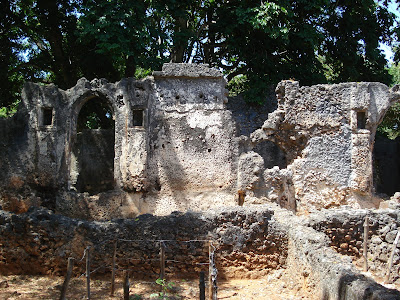 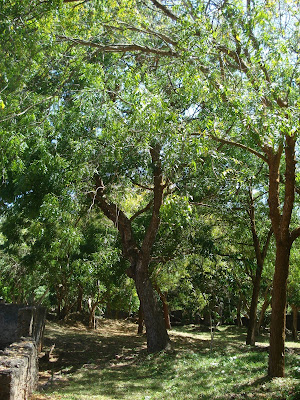 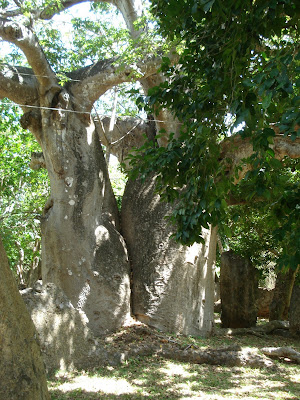 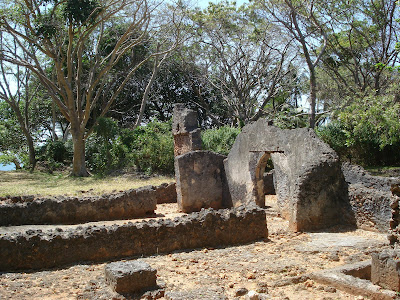 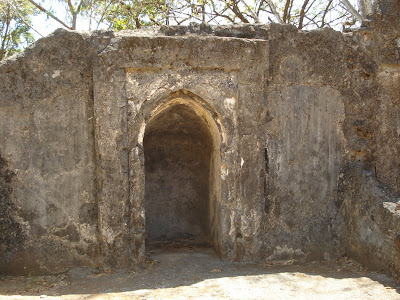 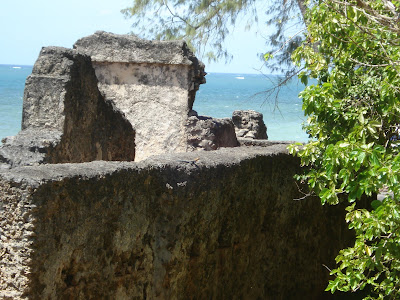 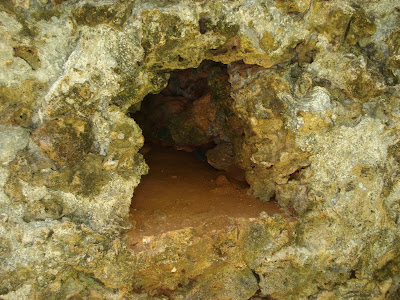 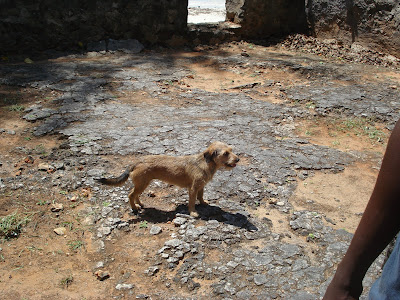 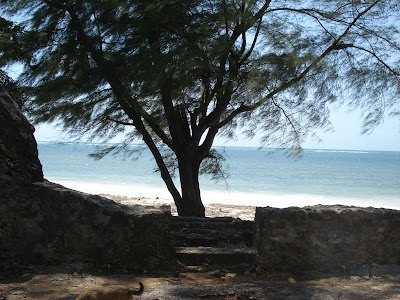 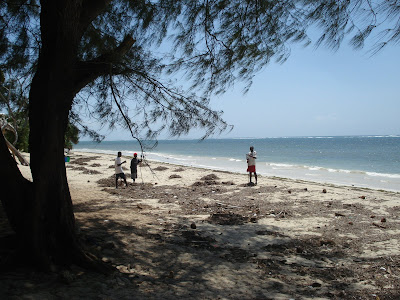 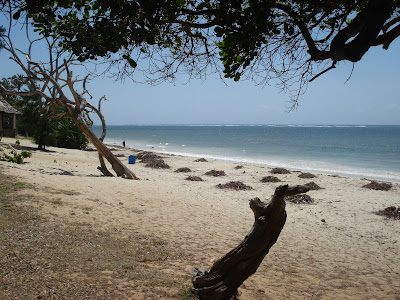 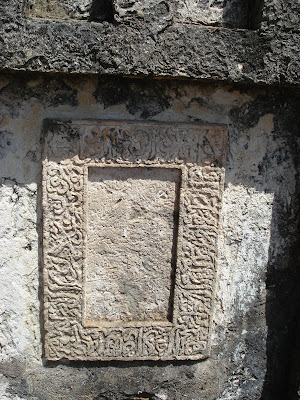 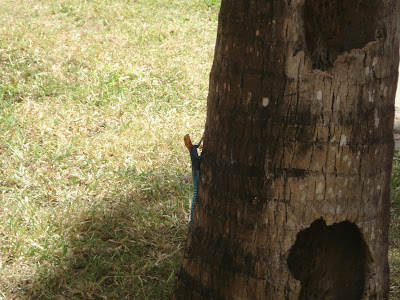 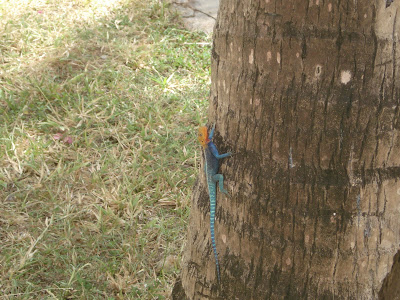