Mombasa does not reveal its special charm easily. I had been in the old city before (I will report later) but was a bit disappointed. The organizers of the AMER IADR Meeting had scheduled a guided tour on Friday afternoon, and I was the first to register. Twenty-eight Euros for three hours, whow! I expected gorgeous insights into the East African societies and culture.
Out we went with the bus. The group promised to be fun. In fact, we laughed a lot. A South African couple was interested in my pretty exotic experiences in Kuwait and Norway. Our first stop was at the Akamba Handicraft Industry Cooperative Society, a non-profit organization where some 10'000 people were employed who carved beautiful sculptures and small items, chairs, masks, etc. from ebony wood, Kenya's gold.
Well, when entering Mombasa city we got more or less stuck in the afternoon traffic jam. Our guide seemed not to have the slightest clue what he wanted to show us. We passed the famous giant tusks but I could't take a snapshot. The other day, my friends and I had started our walking tour at Fort Jesus, and I asked the guide whether we will also visit that sight. I saw in his face that he loved my suggestion. "Don't worry", he told me, "it won't be closed", he dispelled my concern.
Upon arrival we had in fact half an hour left. Only four of us were interested. The guard at Fort Jesus was knowledgeable and showed us around. The fort had been built by the Portuguese in 1593 and in the following centuries, it had changed hands at least nine times between Portuguese sailors, Omani soldiers (who recruited their slaves in Mombasa) and Swahili rebels. In 1875 the British finally used it as a jail. There are great views from the Fort's mighty walls at the Indian Ocean. The Fort's museum is not a must but turned out to be an excellent refuge for cooling down from the steamy heat. 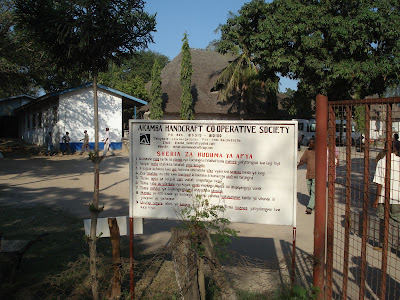 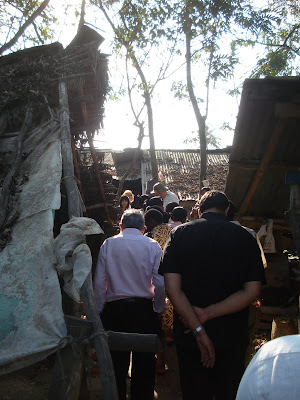 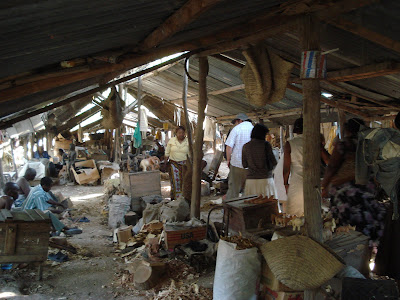 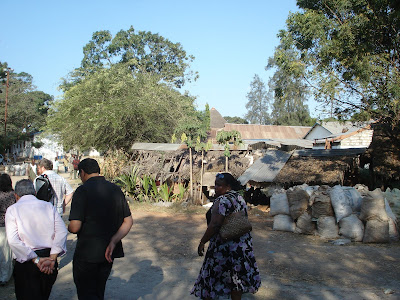 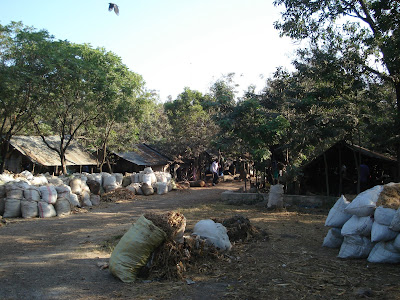 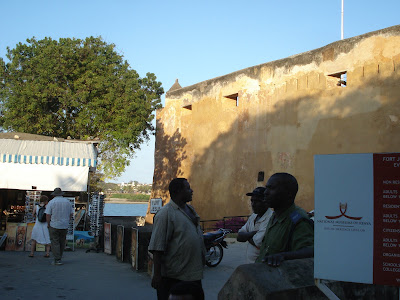 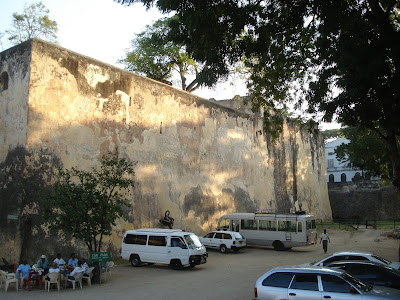 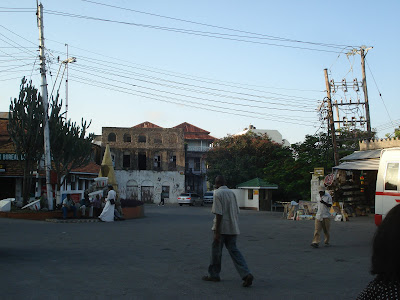 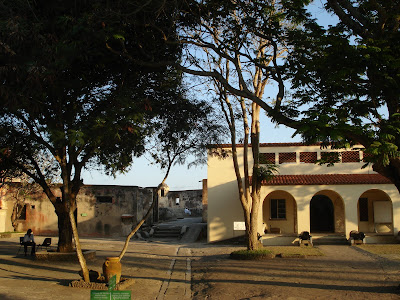 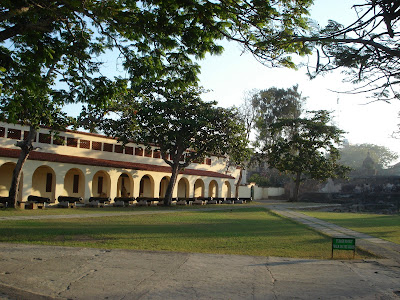 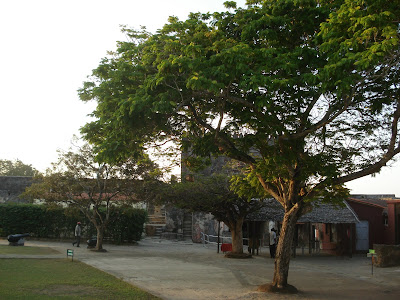 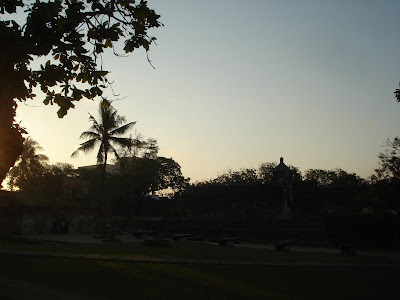 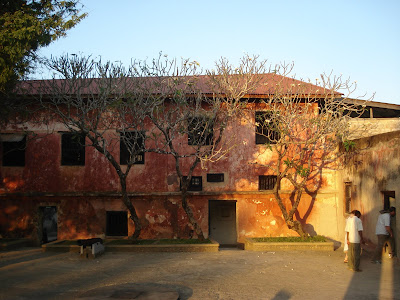 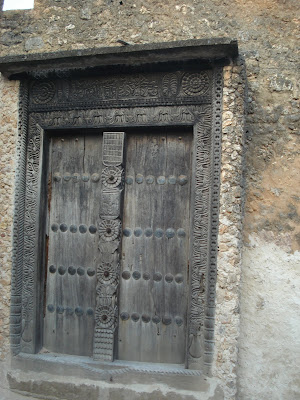 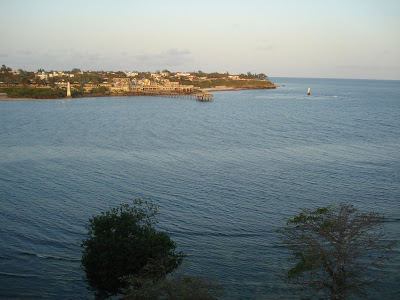 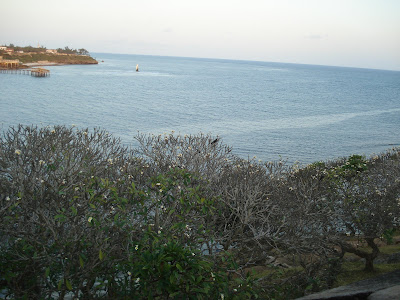 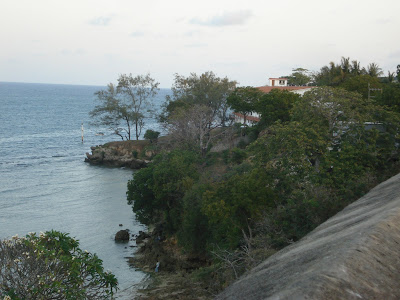 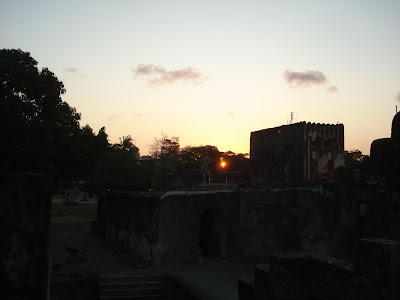 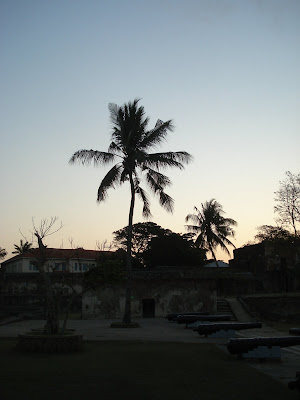 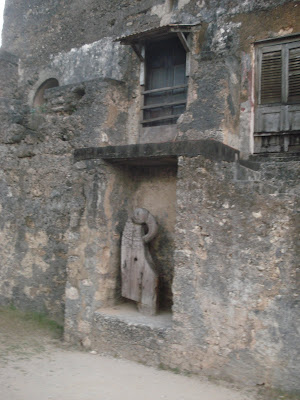